Under the header, "A strip too political for the comics," Brad Knopf of Annapolis, Md., and Silver Spring, Md., residents George Usher and Rodney Brooks complained about recent panels of the Scott Stantis cartoon. Knopf groused that Stantis's joke in one strip "could get you arrested" while Brooks melodramatically blustered that Stantis's work was "close to treason or rebellion."

For his part, Usher was more subdued, asking of the editors, "wouldn't it be more appropriate to run it on the editorial page?"

Of course, Gary Trudeau's Doonesbury -- now on hiatus as the paper runs "classic" strips from early in Trudeau's career -- has long been a staple of the paper's comics section.

Obviously Knopf, Ushers, and Brooks are all entitled to their opinions, but it's curious as to why the Post decided to give them a platform in their push to censor a conservative cartoonist from the paper's pages. A search for "Prickly City" on the Post website yielded other occasions where letter writers were given space to carp about the conservative cartoon's inclusion in the funny pages. 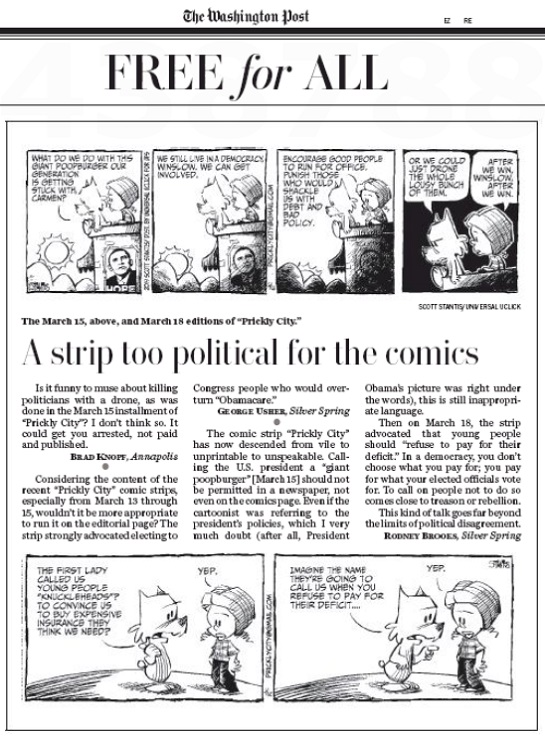