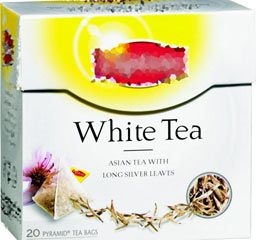 The underlying poll data which prompted the story tells us more about the Post's prism through which it views the Tea Parties than how the public at large does.

After three paragraphs pounding readers with the meme that "the [Tea Party] movement is struggling to overcome accusations of racism," the Post's Amy Gardner and Krissah Thompson quickly dispatched with the fact that most Americans see Tea Parties fueld by distrust of big government and opposition to the Obama/congressional Democratic agenda before highlighting how a minority of poll respondents think race is a motivating factor:

In a new Washington Post-ABC News poll, most Americans see the movement as motivated by distrust of government, opposition to the policies of Obama and the Democratic Party, and broad concern about the economy. But nearly three in 10 see racial prejudice as underlying the tea party.

Of course, in the very next paragraph we learn that:

That disparity seems to show that liberal Democrats and liberal independents who despise the Tea Party movement are, shall we say, prejudicial in their view of Tea Party activists.

But instead of calling into question how liberal voters unfairly tarnish their fellow Americans of a conservative persuasion as racist, the Post puts the conservatives and Tea Parties on the defensive.

"As long as people who oppose us can frame the debate that way, then they can get people to stop listening to us," Coleman said. "The charge of racism is one that can be thrown out there, and it really doesn't have to be proven. But it has such a negative connotations that it can pretty much halt the debate."

Update (May 6): There's an excellent related item at the Legal Insurrection blog. Click here to read.