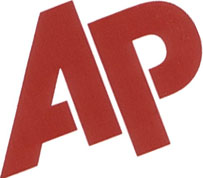 A report datelined Washington by Ricardo Alonsozaldivar and Eileen Sullivan examined the worst-case scenario "if the swine flu gets out of control."

"Two million dead," Alonsozaldivar and Sullivan wrote. "Hospitals overwhelmed. Schools closed. Swaths of empty seats at baseball stadiums and houses of worship. An economic recovery snuffed out. We're nowhere close to what government planners say would be a worst-case scenario: a global flu pandemic. But government leaders at all levels, and major employers, have spent nearly four years planning for one in series of exercises."

Alonsozaldivar and Sullivan explained that this government plan predicts a full-scale pandemic flu would claim the lives of "about 2 million Americans."

"A full-scale pandemic - if it ever comes - could be expected to claim the lives of about 2 percent of those infected, about 2 million Americans," Alonsozaldivar and Sullivan wrote.

Although the government continually considers and prepares for such scenarios, the selection of this topic for an AP story is curious because at last count, the U.S. swine flu total was only at 45, with no fatalities.

A few in the media have questioned whether this swine flu outbreak warrants this sort of alarm from the press, which has fed on itself. However the AP report felt it was necessary to list the consequences of this "worst-case scenario":

"No one would be immune from the consequences, even those who don't get sick, according to worst-case exercises run by local and national agencies.

Schools would be closed to try to block the spread of illness, for example, but school buses might be used to take flu victims to alternative clinics rather than overcrowded hospitals.

A 2006 report on the Washington region found both Maryland and Virginia would run out of hospital beds within two weeks of a moderate outbreak.

People who got sick would be isolated, and their relatives could be quarantined.

But even if families weren't required to stay home, many would do so to take care of sick relatives, or because they were afraid of getting sick themselves.

Hotels, restaurants and airlines would face loss of business as business travel and meetings would be replaced by teleconferences.

In the cities, commuters who do go to work might bike or walk instead of using mass transit.

People would avoid movie theaters and rent DVDs instead."

Some media reports have not been shy about presenting the worst-case, warranted or not.  The April 27 "NBC Nightly News" featured economist Mark Zandi, who warned the "global downturn will intensify" if swine flu isn't contained in the next two months.