MSNBC has assiduously branded Rachel Maddow over the last decade as the foremost brainiac on cable, what with the nerdy glasses and high-top sneakers and over-the-top gushing when Maddow appears on other shows and the hosts are left dazed by the sheer immensity of her cognition.

A major component of the branding is to depict Maddow as someone who simply devours lots and lots of media, who lives for election night (primaries too!), who sees politics in cloud patterns, who just can't get enough of the news, any news.

So when Maddow says something really dumb, it can't be because she's dumb, on that all liberals will agree, nor that she's lazy or indifferent. Which leads to only one other conclusion -- her default tendency to mislead.

Wednesday night on her show, MSNBC's leading Trump-collusion obsessive was again flogging this long-dead horse when she connected it to the ongoing impeachment inquiry against President Trump regarding military aid to Ukraine and his request in July for Ukraine to investigate Obama administration shenanigans against the 2016 Trump campaign that led to a two-year long special counsel investigation that found no conspiracy between Trump and the Kremlin to get Trump elected.

MADDOW: The scheme that President Trump is now being impeached for, this scheme to extort and pressure Ukraine into cooking up an exoneration of Russia and cooking up and publicly announcing new, more politically useful fake investigations and fake claims that Giuliani and Trump and honestly Paul Manafort can use here at home for their own purposes -- Paul Manafort from his prison cell has been advising on this scheme. And as serious as this turns out to be in our politics, it's also a life and death thing. Russia really has invaded Ukraine.

As if this just happened. Note the conspicuous absence of when this took place, since this would awkwardly involve people named Obama, Biden, and Clinton --

MADDOW: There is a live, hot war there where people are being killed. We are Ukraine's most important ally. We're their most important source of military support against Russia. This deadly serious, real-world corollary to our impeachment drama is that this whole scheme also screwed Ukraine while they have been invaded by Russia, while they are fighting this war. We have abandoned them in the middle of a hot war against an adversary that really is trying to take over that country and take it for itself. 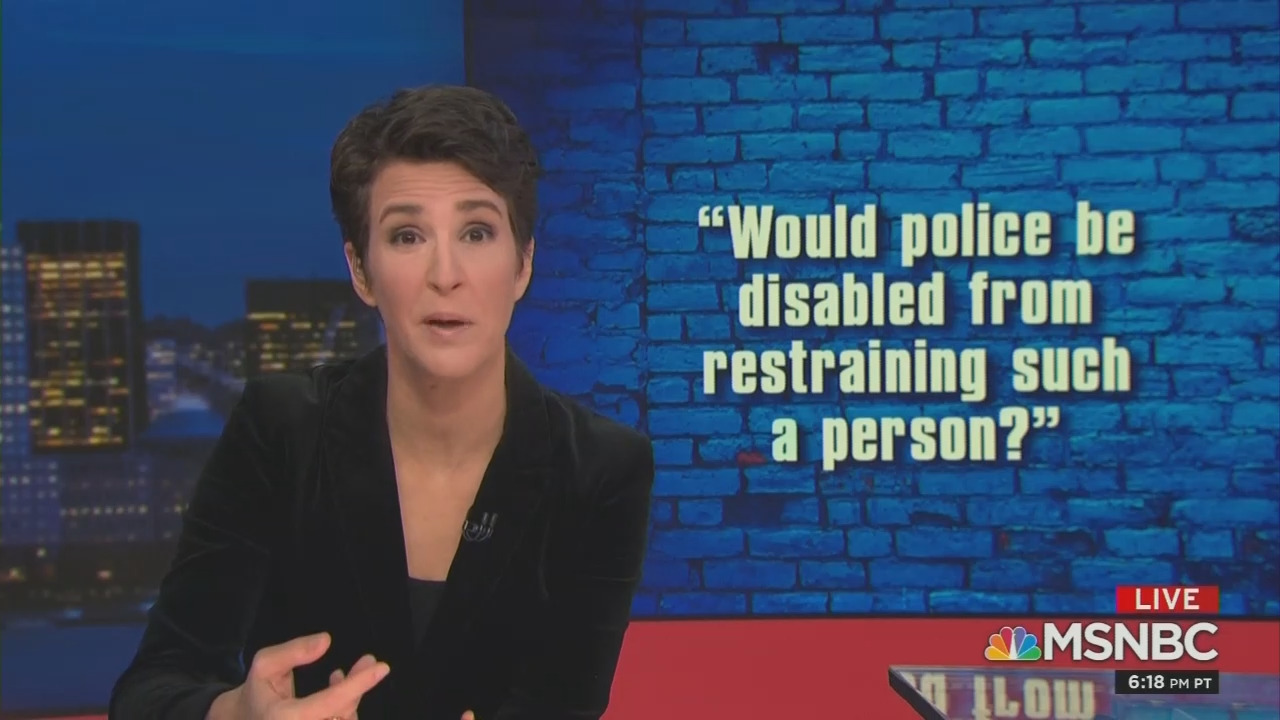 Notice how Maddow refers to "this scheme to extort and pressure Ukraine" while refraining from elaboration, namely by not citing the military aid previously approved by Congress but delayed by the Trump administration. But for Maddow to mention the assistance being delayed would require, at least for someone arguing in good faith, to also mention that the aid was released to Ukraine in September. So much for Ukraine having been abandoned.

And while we're on the subject, why is Putin's purported poodle Trump actually helping Putin's bitter foe Ukraine? Shouldn't it be the other way around? Maddow leaves that unaddressed too, go figure.