Anyone who wonders why MSNBC consigns Al Sharpton to its weekend schedule need only watch PoliticsNation for not long at all and the reason becomes apparent -- Sharpton's unerring penchant for stepping it it, eyes wide open.

There he was again Saturday, telling viewers about President Trump's official remarks regarding Thanksgiving and Trump's response to a reporter's question about the holiday. Sharpton being Sharpton, the results were predictably goofy. But since it was shortly after 5 p.m. on the Saturday of Thanksgiving weekend, only the hardcore Kool-Aid chuggers who comprise MSNBC's core audience were watching.

Here's Sharpton setting up his premise --

SHARPTON: In his official Thanksgiving speech the president said he was thankful for military personnel and America's first responders. But here's what his first thought was when a reporter asked him the question. Listen --

REPORTER (OFF CAMERA): What are you most thankful for, Mr. President?

SHARPTON: Paul (addressing one of his guests, MSNBC legal analyst Paul Butler), I didn't want to quote him, I wanted people to see I wasn't making it up -- he's most thankful about what he's done. I mean, this, you don't even have to repeat it to understand that this man, narcissism is probably too polite a term.

Meanwhile, incoherent is a perfectly apt word -- not "term" -- to describe what passes for reasoning from Sharpton. 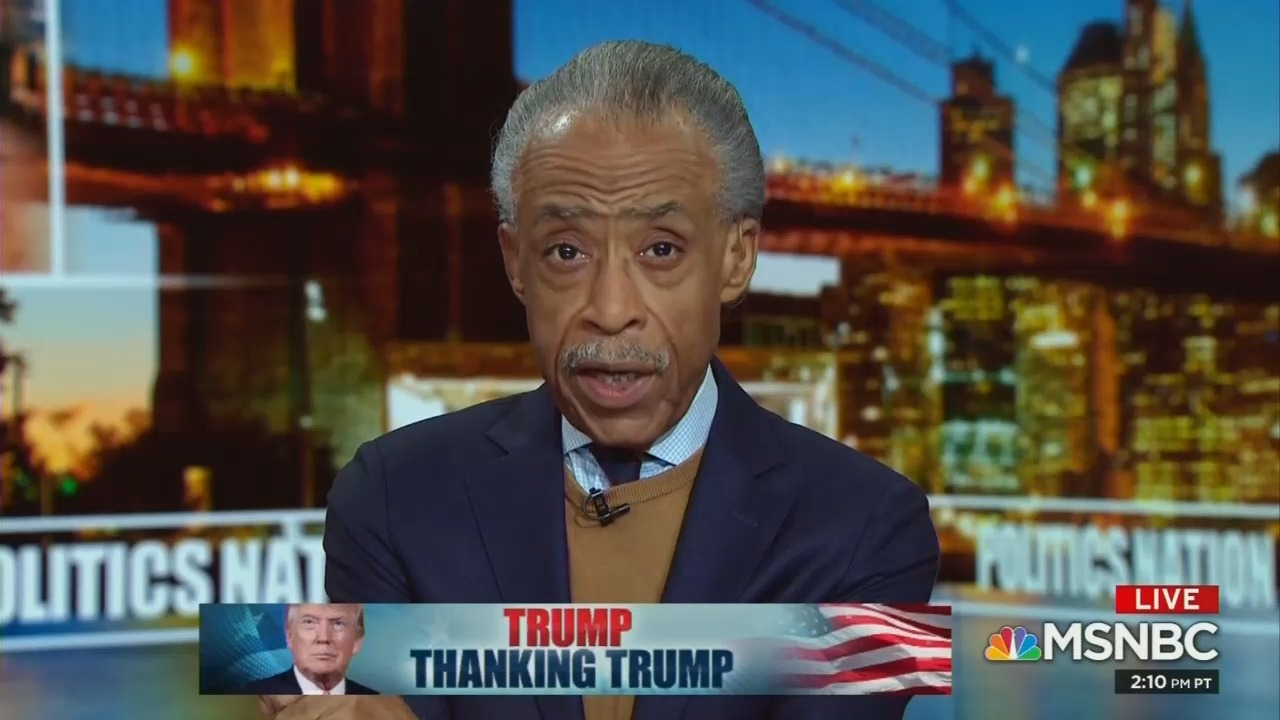 It's not just that Sharpton misquotes Trump, claiming that Trump's "first thought" in response to the reporter's question was to tout his accomplishments as president -- while leaving out the first thing that Trump actually said he was thankful for, "having a great family." Sharpton couldn't even be bothered citing Trump's remark about his family and dismissing it as predictable boilerplate, as might be expected of an opponent acting in good faith.

What elevates this to Sharpton comedy gold is "the Rev" telling his audience he doesn't want to quote Trump because people might suspect he was "making it up" -- gee, why would anyone think that? -- followed by Sharpton demonstrating why he can't be trusted to convey what people who don't share his politics actually say.