More than 30 years after a relentless campaign of character assassination kept Robert Bork from a seat on the Supreme Court, one of the architects of that attack is belatedly crediting its target for his brilliance.

Appearing on the popular liberal podcast Pod Save America on March 28, former Vice President Joe Biden revisited his role in derailing Bork's nomination to the court in 1987 while Biden was chairman of the Senate Judiciary Committee.

The subject came up when podcast co-host Jon Favreau, who worked previously as a speechwriter for President Obama, alluded to Senate Majority Leader Mitch McConnell declining to hold a confirmation hearing for high court nominee Merrick Garland. Garland was nominated by Obama in March 2016, eight months from that year's presidential election --

Your browser does not support the audio element.

FAVREAU: Well, sir, I wanted to start with the economy but, real quick, if Democrats take back the Senate and a seat opens up on the Supreme Court in the next two years, should Democrats hold that seat open like Republicans did to Obama?

Notice how when the suggestion is made that Democrats might do this, they would ever-so innocuously "hold that seat open." When Republicans did it, they "stole" Garland's seat in a "scandalous" gamble. Biden responds --

BIDEN: I don't think so.

FAVREAU: Even if it means they get another Gorsuch?

BIDEN: No, no, that's a big difference. Remember, I'm the guy that kept there from being a guy who was maybe the most brilliant conservative who was nominated for the Supreme Court (Favreau snickers) and I kept him off the court. And I was able to ... in the Judiciary Committee (to) defeat (Clarence) Thomas (nominated by the elder Bush four years later). Bork got flat defeated. Thomas got defeated in committee. But the Constitution says the Senate shall advise and consent, not a committee shall advise and consent. And so, you know, you can, I don't think we should step away for a moment.

Biden there speaking on behalf of the shadow government that still refuses to accept the last election.

BIDEN: And one of the reasons why I think the president picked the man we picked who was a really good guy, remember, some liberals were angry we didn't pick somebody way left, because the Constitution as written says the Senate has as much right to determine who is on the court as the president does. It says the president can propose, the Senate disposes. And so when there's a divided government, the Constitution leans toward saying, don't go to the extreme. And so, I would work like the devil, if I were in the Senate and we had a Democratic Senate, to keep a Gorsuch from going on the court again. 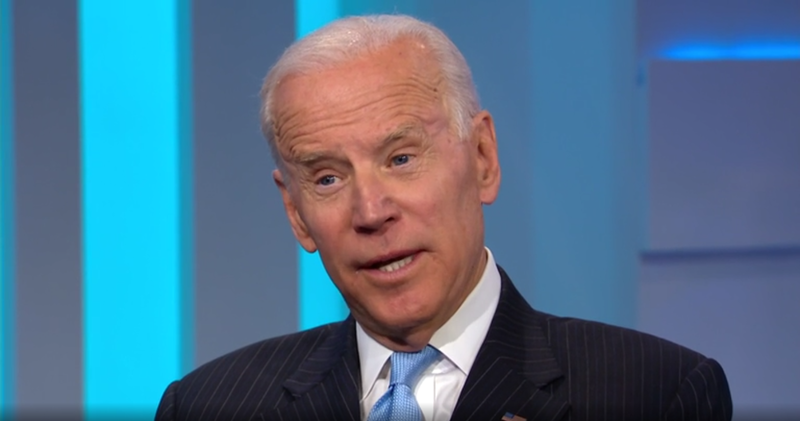 If I describe Bill Maher as a "brilliant liberal" comedian, am I not saying that Maher is a brilliant comedian who happens to be liberal? By the same token, isn't Biden saying Bork was a brilliant jurist who was also conservative?

As is his wont, Biden lets the cat out of the bag. The biggest problem for liberals when it came to Bork was not his originalist views of the Constitution, or that he pulled the trigger for Nixon in the so-called Saturday Night Massacre, but the fact that he was brilliant and could be expected to push the court to the right for generations to come -- hence he had to be destroyed. How seemingly gracious of Biden to acknowledge Bork as legal exemplar, albeit long after it mattered and seeing how it is now beyond dispute.

Worth noting is that Bork's months-long nomination battle in 1987 roughly aligned with Biden's first doomed run for the presidency which ended amid growing evidence of his propensity for plagiarizing remarks from other politicians. Also leading the charge against Bork that year was Senator Ted Kennedy, Democrat of Massachusetts. This week, a movie comes out portraying how Kennedy left a woman to drown in his car while he waited 10 hours to report the accident and focused instead on saving his political hide. It's taken Hollywood nearly 50 years to depict one of worst -- and most dramatic -- political scandals of the last century. But again, better late than never.