Liberals continue their strenuous efforts to banish the term "illegal immigrant," despite its obvious utility in describing the unlawful, extended presence of a foreigner in a country not his or her own.

A recent example of this came during a conversation between radio host Alan Colmes and a caller to his show on Jan. 19 with the caller initially referring to the arrest of Sarah Palin's son after he allegedly assaulted his girlfriend.

Colmes segued to describing Bristol Palin's two "illegitimate" children before he quickly rejected use of the word. From there, however, Colmes made a dubious leap --

CALLER: The other point I wanted to make is about Palin family, all right? You have the son, Track or Trailmix or whatever his name is, and you know, they, he does this thing with the disorderly behavior and the possible abuse. You have the daughter who's gotten pregnant twice without benefit of marriage ...

COLMES: And made over $100,000 as a spokesperson for abstinence.

CALLER: No, but the thing is, if this was a black family ...

COLMES: But I said that before ...

COLMES: If this were Obama, imagine one of the Obama kids who had two illegitimate -- and I don't like to use that word, two, uh, children out of wedlock, I hate to call, I shouldn't a call a child 'illegitimate' or child, any more than a person can be an illegal immigrant and I regret, I retract that word. But, but, uh, you know, but that's the word that's so often used unfortunately.

"So often used"? More accurately, seldom used except by liberal radio hosts to malign conservatives they don't like. At least until said liberal radio host abruptly remembers that the term is no longer allowed among polite company. 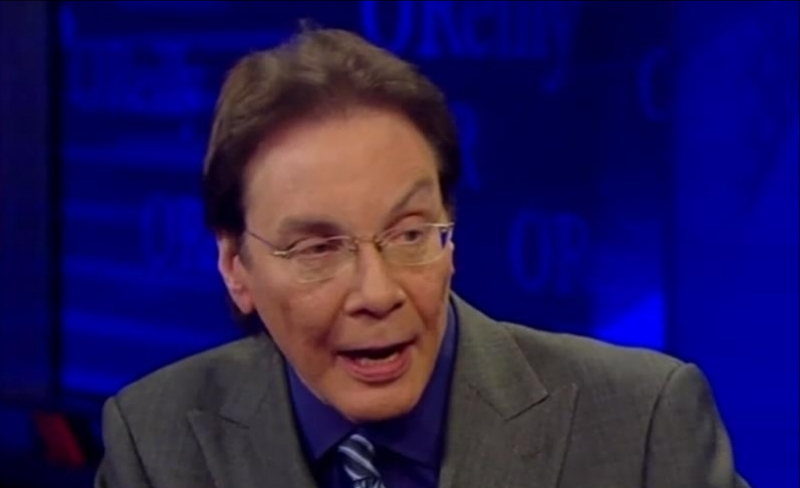 But to suggest that using the word "illegitimate" for a child is akin to calling someone an "illegal immigrant"? This is where Colmes ventures the few degrees of separation between political correctness and totalitarian doctrine.

A reluctance to describe any child as "illegitimate" is wholly understandable -- all children are legitimate by virtue of being human. On this, pro-abortion liberals and pro-life conservatives agree, though they differ on the timing. Pro-abortion liberals consider a child legitimate from birth; for pro-life conservatives, legitimacy begins at conception. Distinctions in law between persons born in and out of wedlock have eroded over the decades to the point where there is little difference in most Western nations. This has coincided, not surprisingly, with far higher rates of out-of-wedlock births in much of the world.

But an immigrant in a country unlawfully can be accurately and fairly described as an "illegal immigrant" since both words possess specific meanings that aren't rendered meaningless when combined. Banning "illegal" from the term and substituting "undocumented" doesn't change the underlying reality being described.

Just as stigmatizing use of "illegitimate child" has coincided with skyrocketing out-of-wedlock births (and a vast array of social pathologies in their wake), demonization of "illegal immigrant" has occurred at a time of porous borders and selective enforcement of immigration laws.

The purpose of Newspeak was not only to provide a medium of expression for the world-view and mental habits proper to the devotees of Ingsoc, but to make all other modes of thought impossible. It was intended that when Newspeak had been adopted once and for all and Oldspeak forgotten, a heretical thought -- that is, a thought diverging from the principles of Ingsoc -- should be literally unthinkable, at least so far as thought is dependent on words. Its vocabulary was so constructed as to give exact and often very subtle expression to every meaning that a Party member could properly wish to express, while excluding all other meanings and also the possibility of arriving at them by indirect methods. This was done partly by the invention of new words, but chiefly by eliminating undesirable words and by stripping such words as remained of unorthodox meanings, and so far as possible of all secondary meanings whatever.

To give a single example. The word free still existed in Newspeak, but it could only be used in such statements as 'This dog is free from lice' or 'This field is free from weeds.' It could not be used in its old sense of 'politically free' or 'intellectually free,' since political and intellectual freedom no longer existed even as concepts, and were therefore of necessity nameless. Quite apart from the suppression of definitely heretical words, reduction of vocabulary was regarded as an end in itself, and no word that could be dispensed with was allowed to survive. Newspeak was designed not to extend but to diminish the range of thought, and this purpose was indirectly assisted by cutting the choice of words down to a minimum.

When saying "illegal immigrant" is deemed heretical, its problematic elements of "illegal" and "immigrant" cannot be far behind.