After bellowing on demand for several years at MSNBC, America's version of the Russia Today television network, Ed Schultz starts work at the actual RT next week.

But following his fair and balanced commentary about Donald Trump on last night's Alan Colmes radio show, Schultz might just as easily fit in at Fox News.

Schultz offered his surprising take on Trump after saying he supports Bernie Sanders for president and views Hillary Clinton as "a little vindictive", thin skinned, and more calculating than ever --

COLMES: We were talking just now during the break about the Trump phenomenon and you had a very interesting take about him as a manager and what he would do.

SCHULTZ: Alan, I don't think enough attention has been paid to actually how Trump would function as president. Let's put policies aside for a moment. Let's put aside what he believes or what he might do -- how would he do it?  I think he would function very well as president of the United States. I think he's used to making decisions. I think that he can manage teams. He can put the fear of God in people to make sure that they perform and he'll make cuts and he'll do things that, he'll, I believe that he would be a very good manager and a very good ...

SCHULTZ: No, no, that's policy aside. But I mean, I think that he could easily function as president of the United States.

COLMES: In other words, he's got the skill set is what you're saying.

SCHULTZ: No question about it. 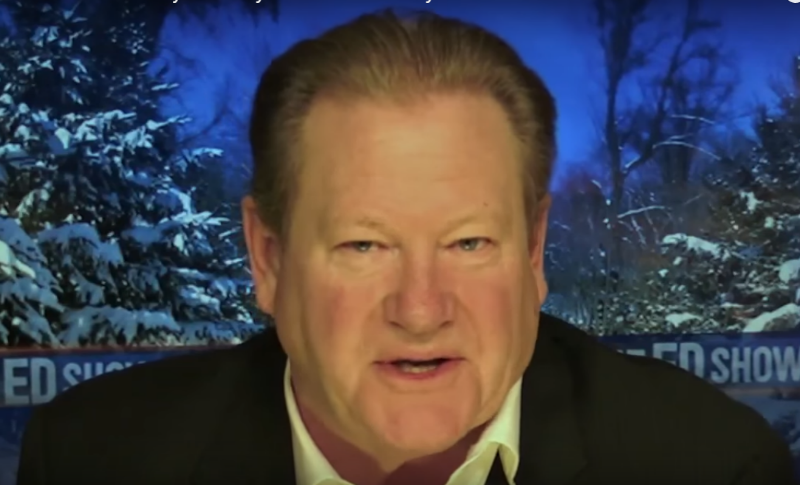 Or someone like Barack Obama, who's skilled at campaigning, lackluster at governing --

SCHULTZ: No question about it.

SCHULTZ (praising Trump further): Well, he's got a little Harry Truman in him.

SCHULTZ (doubling down): Yeah, he's got some Harry Truman in him, there's no question about ...

COLMES (wondering if Schultz just decided to support Trump over Sanders): Would you vote for him?

SCHULTZ: Uh, no, not, not, but I will say this, that I think that there are some things that Trump is appealing when it comes to independent voters, people who are recognizing to vote their own best interests. He's appealing to seniors because of the political correctness conversation he's having. He's also appealing to seniors who are middle of the road or somewhat conservative because he said that he will protect Social Security.

COLMES: So you understand the phenomenon, you get it.

SCHULTZ: I understand why his support's there. I had a union leader tell me about a month ago that if he were to survey half his members, half of 'em would go for Trump because he's got the right position on trade.

COLMES: But it chang-, right position is he's got two positions. On the same sentence he said I'm a free trader and I want to attack (presumably Colmes meant "attach") tariff, 45 percent ...

SCHULTZ: Well, he'd back it up with fair trade is what he says there. But the bottom line is is that I believe that Trump would make an effort to protect the manufacturing sector. I believe that he would make sure that we wouldn't be gutting jobs to Vietnam for 25 cents an hour. I do believe that he understands that and the American thing first is loyalty to workers. I think he'd maneuver around that.

COLMES: Do you think he could beat Hillary or, and/or Bernie?

SCHULTZ: No, I don't. I don't. But he's got the money. How much does Trump want to spend of his own empire because the guy's in a no-lose situation. He's going to go back to an empire of business after he wins or loses.

COLMES: And live in a much nicer place he'd live in if he had won the White House.

Vintage Schultz, nearly enough to induce nostalgia for his hijinks at MSNBC -- "He's going to go back to an empire of business after he wins or loses." And when Trump comes to that fork in the road, he should take it, to borrow from the gruff wisdom of another New Yawker.