President Obama is doing all he can to prevent ISIS from propagandizing via the Internet, and Democrat presumptive heiress Hillary Clinton has a plan along the same lines, according to McLaughlin Group regular and Daily Beast columnist Eleanor Clift.

But when GOP candidate Donald Trump proposes much the same thing, albeit in a more aggressive Trumpesque manner, it's an all-out assault on the First Amendment, Clift hyperventilates.

The comical double-standard was on display during this weekend's McLaughlin Group (starting at 10:15 in this clip) after moderator John McLaughlin played a clip from Tuesday's CNN debate for Republican candidates with Trump getting asked about his proposal to "shut down" parts of the Internet to hamper ISIS --

TRUMP: I wanted to get our brilliant people from Silicon Valley and other places and figure out a way that ISIS cannot do what they're doing. You talk freedom of speech, you talk freedom of anything you want. I don't want them using our Internet to take our young, impressionable youth ...

MCLAUGHLIN: Question -- why was Trump the only GOP candidate to discuss winning the fight with ISIS by trying to win hearts and minds by denying ISIS's ability to manipulate social media?

PAT BUCHANAN: I think what Trump is saying is, look, you got these websites and all these things going on that are going after these impressionable kids and persuading them to go over there and getting them to kill people. Let's use our technology to go in and if we have to, shut down those websites. It's like shutting down a Nazi newspaper.

CLIFT: Yeah, right, but what, is he gonna shut down the First Amendment also? (crosstalk)

BUCHANAN: Well, look, are you gonna let terrorists have free use of the Internet?

CLIFT: Excuse me ... The president has been dealing with this, talking to the heads of all of these sites. Hillary Clinton just announced it. This is not, you know, a new revelation that you have to get the cooperation of the people running these sites. Twitter shuts down these sites all the time and then they pop up. So there has to be more coordination to see what more can be done. Nobody's disagreeing with that.

This from a woman who just disagreed with that ... Is he gonna shut down the First Amendment also ...?

CLIFT: And also Carly Fiorina also did have a pretty long statement about how she would tap talent here and she has a pretty good understanding of the technology beyond all this stuff. This is not Trump's, you know, singular idea.

Don't hold your breath waiting to hear Clift criticize Obama and Clinton for running roughshod over the Bill of Rights to combat ISIS. It's only unconstitutional when Republicans want to do it. 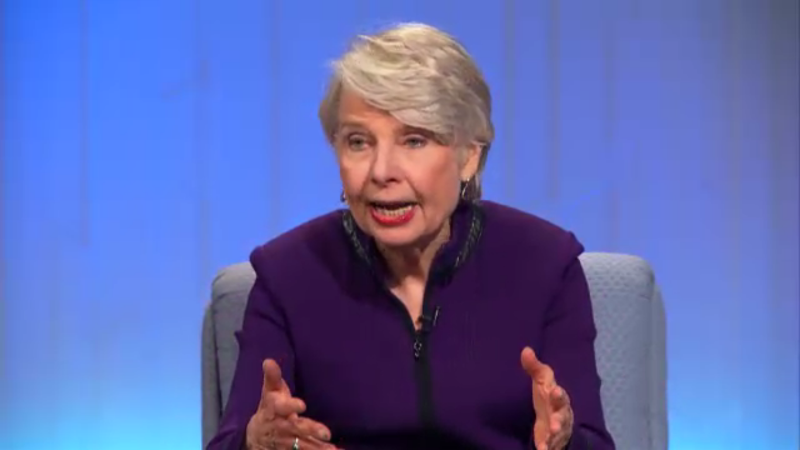 Now, all the internet services providers that together comprise the core of the internet are American. That's what Trump means when he says the internet is "ours." ... In theory, all President Trump would have to do is have the FCC exercise its regulatory authority over telecommunications infrastructure and arrange to make announcements for IP addresses owned by Islamic State.

Any traffic intended for Islamic State, on about 95 percent of the internet, could be redirected to the United States and then "nullrouted" -- essentially, dumped into a black hole, perhaps after being analyzed by the NSA or the military. Problem solved. ...

With the regulatory authority to do so, a Trump administration could knock out most of Islamic State's internet capability in a matter of days.

ISIS exhorting its sympathizers in America through social media and Internet sites to commit mass murder, and providing instructions on how to do so, is not covered by the First Amendment any more than it protects the proverbial shouting of fire in a crowded theater, child pornography, or libel. The Constitution is not a suicide pact, wrote Supreme Court justice Robert H. Jackson in a 1949 decision, after he served as chief U.S. prosecutor at the Nuremberg Trials.