What better way to wind down from the Thanksgiving holiday weekend than with a serving of absurdity from a long-entrenched member of the liberal media elite.

The comical leftover in question comes courtesy of Chicago Tribune columnist Clarence Page during a McLaughlin Group discussion of precious snowflake leftists demanding "safe spaces" on college campuses to be spared the horror of Halloween costumes, all manner of microaggression, and the few remaining professors who expect results.

Pat Buchanan was citing the late Theodore Hesburgh, president of Notre Dame for 35 years, as an example for embattled college administrators to emulate when Page deemed Hesburgh's tough but reasonable approach indistinguishable from a firing squad (starting at 16:40 in embedded video) --

MODERATOR JOHN MCLAUGHLIN: Father Hesburgh, Notre Dame, what about him?

BUCHANAN: 1968, Father Hesburgh found a bunch of them demonstrating, he said I'm going to tell you, folks, you've got 15 minutes to make up your mind and get out of here and if you don't you will be suspended and I'll wait another 15 minutes and you will all be expelled. And that's exactly, and he was a national hero for doing it.

PAGE: In Ohio Governor (James) Rhodes called out the National Guard and he opened, the National Guard opened fire on the students (Page alluding to the deaths of five Kent State University students during a protest against the Vietnam War in May 1970). I mean, is that the right way or the wrong way to solve this?

BUCHANAN (dumbfounded): I mean, you call expelling the guy, you're comparing him to shooting people at Kent State?!

PAGE (doubles down): Yes! Yes, I'm saying expulsion may not be the proper way to deal with this. Maybe as a university you want to have dialogue and have people educate each other.

BUCHANAN: How do you have dialogue when these people tell everybody else to shut up?

Bingo! How do you have "dialogue" with an unhinged leftist when all she wants to do is shriek at you?

For those unacquainted with liberalspeak, "dialogue" is the one-sided process of leftists babbling incessantly in an effort to wear down others and get them to cave. "Fruitful dialogue" signals that liberals have persuaded conservatives to acquiesce. "Hate speech" is what liberals call it when conservatives disagree in their "dialogue" with them.

Page's remarks appear even more ridiculous if one looks back more specifically at what Hesburgh did in response to the worsening violence of college protests against the Vietnam War.

Even though Hesburgh had called for withdrawal of US troops from Vietnam and maintained an open-door policy with students, he dug in his heels after learning of a plot to burn an ROTC building at Notre Dame.

... he spoke at a student rally, expressing his support of their opposition to the Vietnam War as well as his support of ROTC on campus because of the need for a well-educated military with a conscience. His speech was well received by students, and a large number of them came to his office for copies of it to have them signed by South Bend residents and mailed to President Richard Nixon. The students collected over 23,000 signed copies, which Father Hesburgh then mailed to the President.

Student movements nationwide were more violent and some Notre Dame students threatened to turn civil disobedience into mayhem. College presidents throughout the country were unsure of how to handle the situations on their campuses and feared the repercussions of their actions. Father Hesburgh spoke with faculty, students, and alumni to determine where they stood, then wrote a now-famous letter to the faculty and students that was detailed in newspapers around the nation, including a printing of the letter in its entirety in the New York Times.

The letter, released in February 1969 and quickly known in the national media as outlining Father Hesburgh's "Tough 15-Minute Rule," spelled out consequences for those who abused the right of dissent and disrupted the academic enterprise. Such dissent, the letter stated, was permitted, even encouraged. But it also stipulated that interference with the civil rights of others would not be permitted, and that those who violated this principle would be given 15 minutes to reflect on their actions. 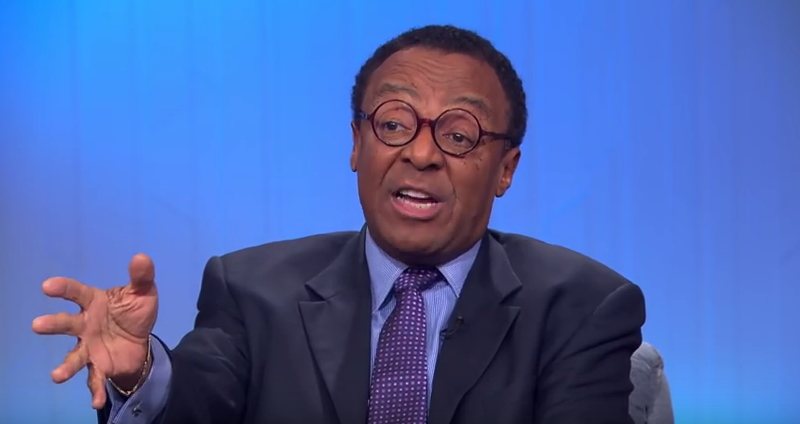 A March 2007 article in Notre Dame's student-run newspaper on Hesburgh's approach to student activism stated that he mailed the letter to students while they were home during the Easter break, "knowing that their parents would read it too. ... Students could protest, but when they were asked to stop, they had 15 minutes to cease and desist before they were suspended for the semester. Were the students to continue for an additional five minutes, they would be expelled.

Hesburgh is quoted in the article as saying "I knew it would be tested and of course, it was." On the day that recruiters from the CIA and Dow Chemical came to Notre Dame, a dozen students laid outside the door to the career center where the recruiters were working. Here's what happened --

The dean soon arrived and gave them 15 minutes to move -- they didn't. He suspended them, and they rose before the remaining five minutes and thus were not permanently expelled. Then, they headed straight for Hesburgh's office and asked him to rethink the suspension.

"I said, 'Hey guys, you're toothless tigers. You want to protest, you take the consequences. Now I told you that if you didn't obey the dean of men when he told you, you'd be suspended," Hesburgh said. "You've had your fun, but now you have to get out of here."

"It sort of balanced both sides," said Any Dotterweich, also a 1971 graduate, of the 15-Minute Rule. "It let people express themselves, but it stopped the disruption of the campus."

No difference between that and student protesters getting shot dead -- really, Clarence Page?!

Page's inability to distinguish one from the other is a relativist delusion shared by all too many academic officials, thus explaining their craven willingness to surrender to Maoist foot-stompers in their midst.