It is a devastating, indisputable fact of history -- George W. Bush was president when jihadists murdered 3,000 people in the United States on the morning of Sept. 11, 2001.

For the liberals who loathed Bush during the 2000 campaign, and who then succumbed during the Florida recount to a chronic condition later diagnosed as Bush Derangement Syndrome, Bush's presence at the helm that horrific day is not damning enough. They vilify him by embellishing the truth of what came before it.

Two recent examples, both from liberal commentators connected to MSNBC, and both on Friday -- Ed Schultz and Chris Matthews. Each was responding to GOP presidential candidate Jeb Bush defending his older brother during the Sept. 16 Republican debate on CNN with the assertion that "he kept us safe."

While Jeb Bush was clearly referring to President Bush's defense of post-9/11 America, liberals quickly pounced at his awkward construction.

Here's what Schultz had to say Friday on his daily podcast, his outlet for bloviation since getting the boot from MSNBC during the summer and discontinuing his radio show last year  --

Did Jeb Bush resurrect his campaign by, number one, going after Donald Trump on casino gambling, going after Donald Trump on foreign policy out on the stump yesterday, and also trying to convince the American people that his brother kept us safe. These are three angles that Bush is playing right now and I don't think any of them are going to work.

First of all, I'm fixated on this, he thinks that his brother kept us safe. So that means under that logic that the president of the United States, George W. Bush, had no responsibility to keep the country safe until after we got hit. Bush did not keep us safe. Cheney did not keep us safe. And if you do not know the story, just go Google August 6 Presidential Daily Briefing and see what Bush and Cheney and the rest of these jokers were told. They paid no attention to their intelligence agency when they said that, you know, look, these terrorists al Qaeda which has hit us in the past, they want to hijack commercial airplanes and fly 'em into buildings!

Nice try, Ed -- but the Presidential Daily Brief (not "briefing") received by President Bush that day did not rise to this level of specificity. Don't take my word for it -- here's a link to the brief (pages 278-79), declassified in 2004, at the website of the 9/11 Commission Report.

We have not been able to corroborate some of the more sensational threat reporting, such as that from a [redacted] service saying that Bin Laden wanted to hijack a US aircraft to gain the release of "Blind Shaykh" 'Umar 'Abd al-Rahman and other US-held extremists.

Nevertheless, FBI information since that time indicates patterns of suspicious activity in this country consistent with preparations for hijackings and other types of attacks, including recent surveillance of federal buildings in New York.

Contrary to Schultz's strenuous assertion, the brief did not warn of al Qaeda hijacking aircraft with the intention of crashing them into buildings -- although it did report possible surveillance of "federal buildings" in New York that could not have been the World Trade Center.

Later that day, on HBO's Real Time with Bill Maher, one of Schultz's former MSNBC colleagues made a similarly dishonest claim --

MAHER: Are you saying that if Al Gore had been president on 9/11, you Republicans would be saying, let's not blame that on Al Gore?

MAHER: What does that have to do with anything?

CHRIS MATTHEWS: Okay, let me ask you about Condi Rice who in August pointed a finger, she said al Qaeda to attack in the United States and gave the memo to the president, handed it to him! If that had been a Democrat, you guys would be killing him right now! Obviously! This is obvious!

That it is, Chris -- obviously wrong, at least what you said about Rice. Not so sorry to burst your bubble, but she did not travel to Bush's ranch in Texas, where he was that day on vacation, to personally hand him the brief. What Matthews implies here is clear -- that the threat from al Qaeda was deemed so ominous that the president's national security advisor decided it was necessary to deliver this sobering intelligence in person.

The basis for Matthews' fantasy? Most likely it was Rice's appearance before the 9/11 Commission, as described by one of his MSNBC colleagues, MaddowBlog writer Steve Benen in September 2012 --

We learned in 2004, during testimony from Condoleezza Rice to the 9/11 Commission, that Bush received an intelligence briefing on Aug. 6, 2001, at which he was handed a memo with an important headline: "Bin Laden Determined to Strike in US."

Bush, however, was on a month-long vacation at the time. He heard the briefer out and replied, "All right. You've covered your ass now." A month later, al Qaeda killed 3,000 Americans.

Rarely if ever mentioned by liberals is that the specific nature of the Aug. 6, 2001 PDB came about at Bush's request. According to the commission's report, "there were more than 40 intelligence articles in the PDBs from January 20 to September 10, 2001, that related to Bin Laden." 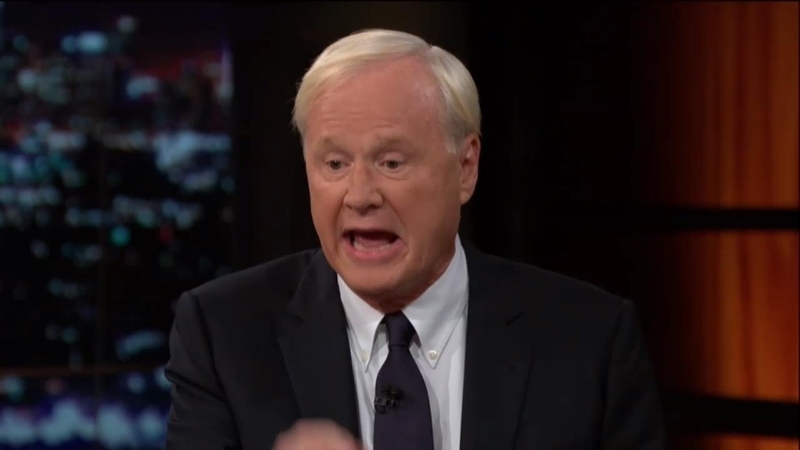 The report further states that "during the spring and summer of 2001, President Bush had on several occasions asked his briefers whether any of the threats pointed to the United States. Reflecting on these questions, the CIA decided to write a briefing article summarizing its understanding of this danger. (emphasis added). Two CIA analysts involved in preparing this briefing article believed it represented an opportunity to communicate their view that the threat of a Bin Laden attack in the United States remained both current and serious. The result was an article in the August 6 Presidential Daily Brief titled "Bin Laden Determined to Strike in US." It was the 36th PDB item briefed so far that year that related to Bin Laden or al Qaeda, and the first devoted to the possibility of an attack in the United States.

This is corroborated in former CIA director George Tenet's 2007 memoir, "At the Center of the Storm: My Years at the CIA" --

That summer, whenever a PDB contained information about possible al-Qa'ida attacks, the president would ask his PDB briefer, Mike Morell, what information we had that might indicate an attack could come inside the United States. (emphasis added) With the president heading off to Crawford for much of August, Morell asked our analysts to prepare a piece that would try to address that question. That was the origin of the now-famous August 6 PDB titled "Bin Laden Determined to Strike in US." Nearly the full text of the item appears in The 9/11 Commission Report. The report makes clear that nothing would have please UBL more than an attack in our homeland. But although clear about his desire and intent, we did not have and therefore did not convey information about any specific ongoing plot.

Matthews gets it right about one thing -- had it been a Democrat who was president on 9/11 (presumably he's alluding to Gore), Republicans would have savaged him in response. What Matthews won't acknowledge are key differences between this scenario and what actually occurred.

By September 11, 2001, Bush had been president less than eight months. If Gore had gotten elected, Democrats would have controlled the executive branch, and its intelligence agencies, for more than eight years. There would also have been none of the disruption that occurs when the White House changes hands from one major party to the other.

And surely it would not have gone unnoticed, except at MSNBC, that al Qaeda's initial attack on the World Trade Center occurred shortly after Gore's Democrat predecessor, Bill Clinton, took office in 1993 -- or that the obvious precedent for 9/11, the Japanese attack on Pearl Harbor in 1941, took place in the third term of another Democrat, Franklin Roosevelt.