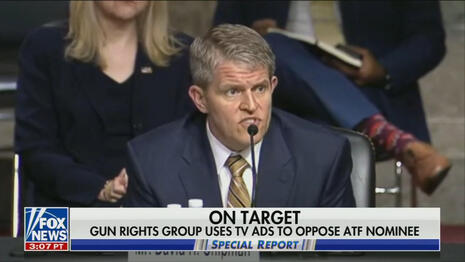 It’s another botch for the Biden administration! The White House announced today that it is pulling its nomination of David Chipman to be ATF head. Chipman is currently senior policy advisor to Giffords, an anti-gun rights group who faced allegations of racism.

The question is will the networks (ABC, CBS, NBC) report on yet another Biden failure or will they quietly brush this fiasco under the rug?

Chipman’s nomination was pulled after it was clear he wasn’t going to get enough Dem votes with West Virginia Senator Joe Manchin and Montana’s Jon Tester refusing to give him the nod. Chipman already faced opposition from gun-rights groups but allegations of racism may have been the final blow.

A black former ATF agent told The Reload in August that Chipman had falsely accused him of cheating on a promotion assessment because he believed the agent had done too well on a section of the examination.

“I couldn’t believe it when it happened,” the agent said. “But when I read about his other comments, in my mind, I was like ‘that motherf*****.’ That’s what happened. He said, ‘Hey, a lot of African Americans qualified to be promoted on this certification list; they must have been cheating.’ And then he had to go and find one. I happened to be that one.”