Sympathy for the Devil: Lefty Journalists Mourn Death of Soleimani 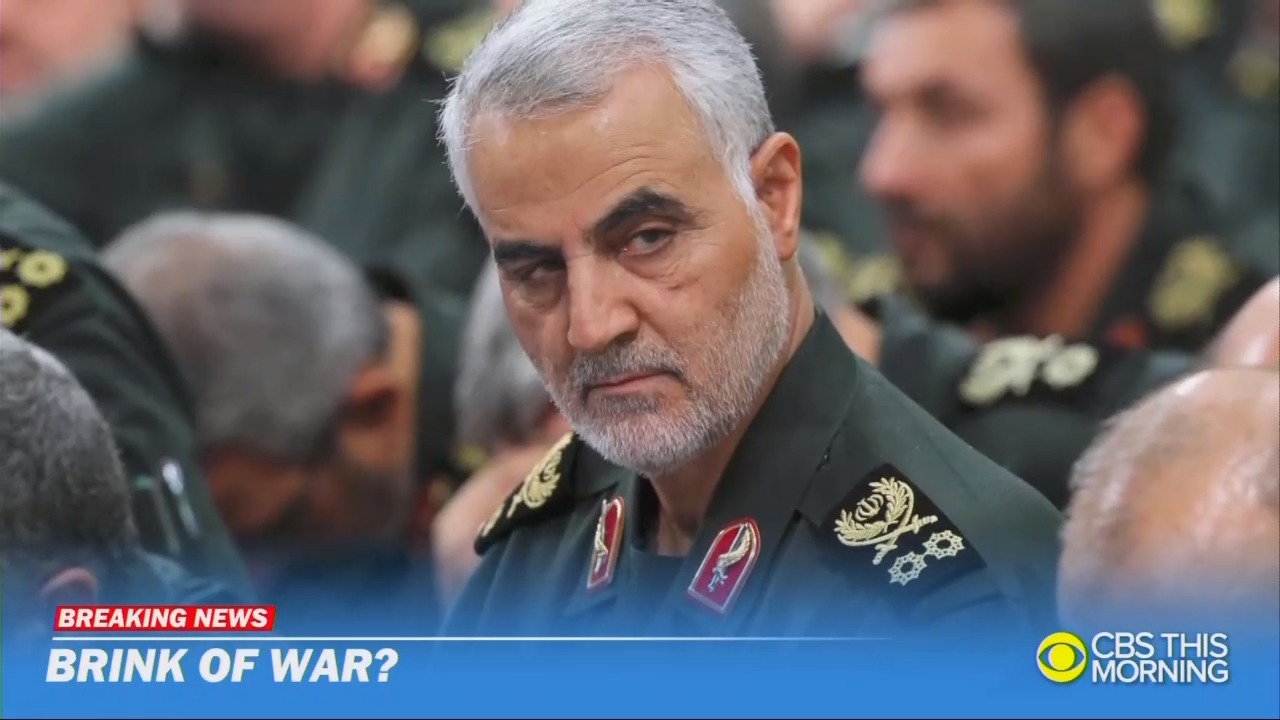 Qasem Soleimani was responsible for thousands of deaths including hundreds of American soldiers, but instead of commemorating the death of a war criminal, liberal reporters and hosts filled their broadcasts with somber tones as they mourned the loss of the “bold” “revered” “military genius” and Iranian “cult figure.”

Lefty journalists also worried if the order to take out Soleimani was the “right move” as they fretted about the “wreckage” left by Donald Trump’s actions.

The following are just a few of the worst examples of the liberal media’s sympathetic takes on Soleimani’s death and their condemnation of Trump’s decision to take out the terrorist leader:

“There are fears that the killing of Soleimani, a revered figure in Iran and some other places in the Middle East, could see simmering tensions between the U.S. and Iran turn explosive....Even many of Soleimani’s enemies admitted he was a military genius....By killing Qasem Soleimani, the U.S. has stripped Iran of an inspirational military leader. It’s also further inflamed dangerously high tensions. Iran has already vowed to take, quote, “harsh revenge.””
— CBS correspondent Molly Williams on CBS This Morning, January 3.

“Soleimani, an iconic military leader, led forces in Iraq, Syria, and throughout the Middle East. American officials believe he was responsible for the deaths of hundreds of American soldiers during the Iraq war, branding him a terrorist.”
— NBC chief foreign correspondent/MSNBC host Andrea Mitchell on NBC’s Today, January 3.

“He [Soleimani] was such a legendary figure, raised not only in terms of what he did, but mythologically, always spoken of by name by the Americans, weirdly, Qasem Soleimani suddenly became sort of a mythical figure in a sort of the way even the United States was talking about him.”
— CNN International and PBS host Christiane Amanpour on CNN’s New Day, January 3.

“Qasem Soleimani was no ordinary general. The U.S. classified him as a terrorist but in Iran, he was a national hero. Specifically, Soleimani was in charge of spreading Iranian influence around the world, and he was extremely good at it. Smart, charismatic, ruthless and bold, Soleimani knit together a loyal network of armed groups from Iraq to Syria, Lebanon to Afghanistan.”
— Correspondent Richard Engel on NBC Nightly News, January 3.

“Soleimani was a cult figure. There is a real sense of shock here. State TV is commemorating him on a loop and one general even wept after the news of his death.”
— NBC News Tehran bureau chief Ali Arouzi on NBC Nightly News, January 3.

“Iran’s supreme leader, Ayatollah Ali Khamenei, wept openly at the funeral for Gen. Qassem Soleimani. His tears give insight into how the death of the commander killed in a U.S. strike is being felt personally by the supreme leader.”
— January 6 tweet from Associated Press’s official Twitter account.

CNN GPS Host Fareed Zakaria: “Soleimani it’s difficult to convey how revered he is in Iran. Imagine the French Foreign Legion, at the height of the French empire. This guy is regarded in Iran as a completely heroic figure, personally very brave.”
CNN AC360 Host Anderson Cooper: “I was wondering earlier when Arwa was talking, I was trying to think of somebody, and I was thinking of de Gaulle.”
— CNN’s Anderson Cooper 360, January 2.

“We are asking once again, where is the evidence? Flanked by stern white military men, the President addressed the world this morning, following Iran’s attack on military bases housing American soldiers last night. He began not by saying good morning, but by demanding Iran must not be allowed to have a nuclear weapon.”
— Katy Tur on MSNBC Live, January 8.

Co-host Abby Huntsman: “Is the Middle East a safer place now? Are we in a better place now? So we have to ask these very serious questions, and I don’t know that history will say that killing this terrorist was the right move.”...
Co-host Sunny Hostin: “When we have to take comfort in the fact that Iran is not disproportionately responding to the actions of our President, then we are in a really precarious situation! Because it’s our President then who is being the provocative person and Iran is the one that’s showing the restraint. When we should be showing restraint!”
— ABC’s The View, January 8.

“This strike is fairly brazen, fairly audacious to a certain degree, to be taking out someone of such significance at a time when there is such tension in the region....We cannot even begin to imagine right now at this stage.”
— CNN senior foreign correspondent Arwa Damon on CNN’s AC360, January 2.

Daily Beast columnist Jonathan Alter: “I think that’s what’s maybe most frightening about it. Let’s assume for a minute that he was at the Baghdad airport and deserved this, okay...Let’s just say maybe it was the right decision to take him out. But you have in that case –  right decision, wrong commander in chief. So you need somebody at the helm who can navigate skillfully an extraordinarily complex set of events that he has now set in motion.  And I personally have no confidence that this particular commander-in-chief can do that. So we have a guy who is driving down the highway at 100 miles an hour going through the guardrails. He was going through guardrails here in the United States. Now he’s going through guardrails internationally. And we do not know what the wreckage is going to be.”...
NBC News correspondent/MSNBC host Andrea Mitchell: “Grave concerns that there is no plan, that there is no policy, that this is another one off act, perhaps, well, justified by Soleimani's career of murder and terrorism, but one that has not been well thought and well planned.”
— MSNBC’s The Last Word, January 2.

“Dear #Iran, The USA has disrespected your country, your flag, your people. 52 percent of us humbly apologize. We want peace with your nation. We are being held hostage by a terrorist regime. We do not know how to escape. Please do not kill us.”
— January 3 Tweet by actress Rose McGowan.