Rob Reiner Rages: ‘Donald Trump Is Out of His F***ing Mind’ 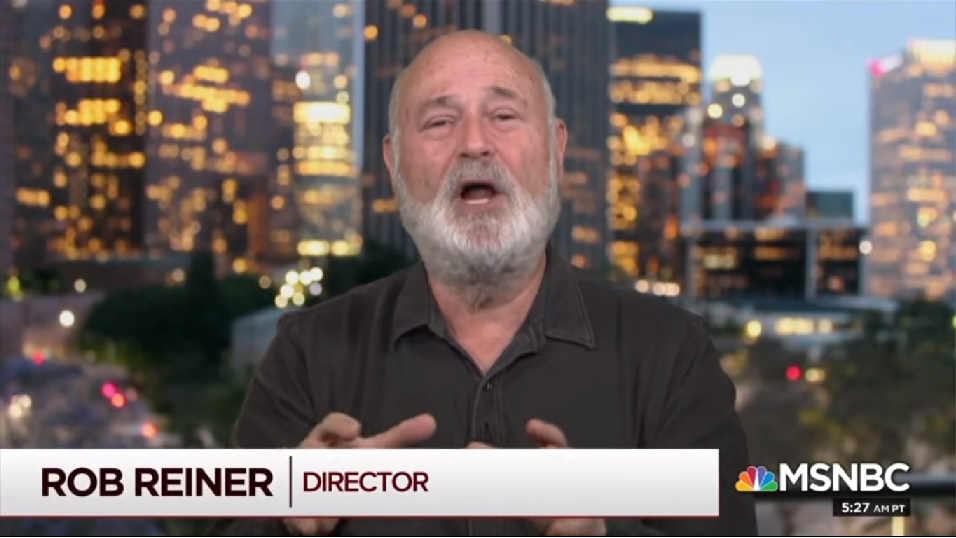 Rob Reiner has lost it. After wasting the last three years spreading the Russian collusion delusion on Twitter and cable TV, the film director is now desperately pleading Democrats to turn on the “Impeachment Hoses” against the “moronic” “racist” president who is “out of his fucking mind.”

“Can’t say this enough. Donald Trump is out of his fucking mind. He’s moronic. He’s racist. He’s childish. He’s beyond unfit. GOP, step the fuck up! And Dems, the house is on fire! Get out the Impeachment hoses. Stop this greedy narcissistic soulless fool or say goodbye to US.”

“To put a finer point on Trump’s claim that Google manipulated millions of votes in 2016: The President of the United States is out of his fucking mind. Can’t wait until 2020. The cancer is spreading. Televised Impeachment hearings must begin soon!”

“There is no whining. There is no complaining. There is no holding noses. We are in an epic struggle for the soul of our nation & the survival of Democracy. If we all pledge full throated support to the Democratic nominee, Trump & his toxic racism will be buried in a landslide.”

It's sad to see the director of comedy classics like This Is Spinal Tap and The Princess Bride let Trump Derangment Syndrome sap all the funny out of him.