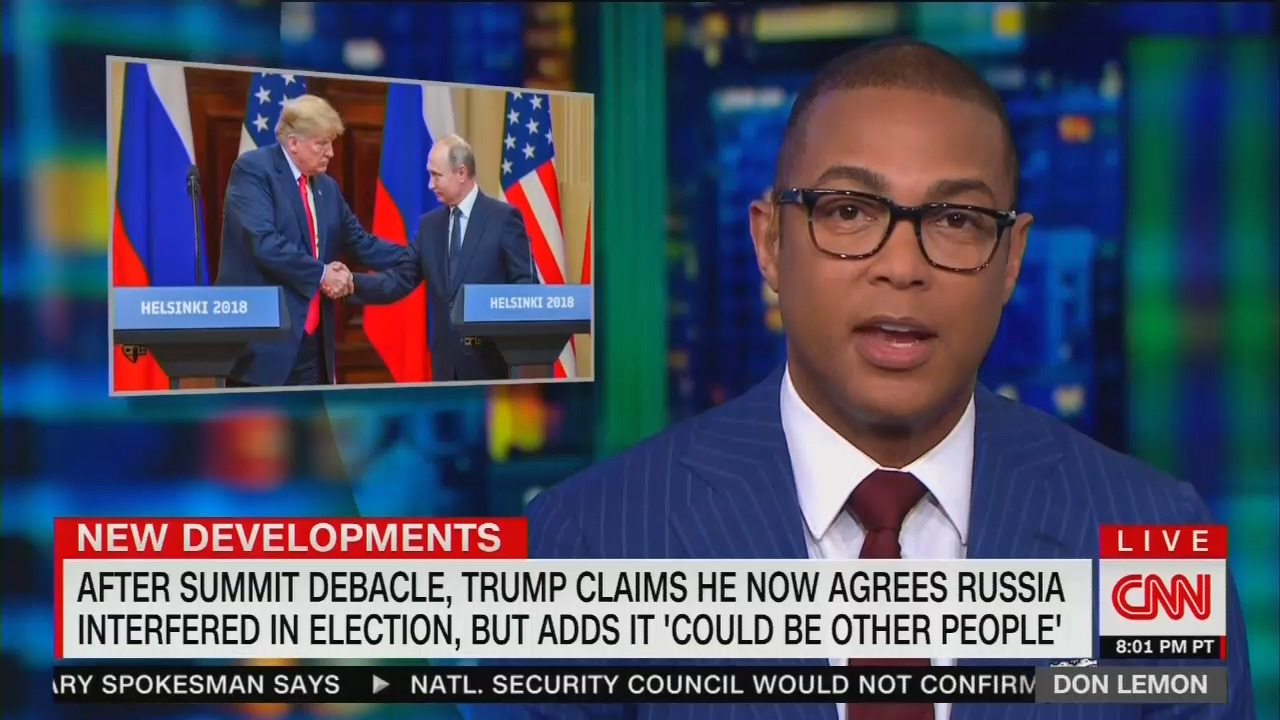 In just three nights (July 16-July 18), CNN swamped their primetime shows with over 7 hours of coverage – almost all of it critical – of Donald Trump’s Helsinki Summit with Vladimir Putin, including CNN’s hosts and guests speculating that Trump had been compromised by the Russian president and committed treason.

MRC analysts and interns looked at the entire CNN primetime (7pm-11pm) lineup and found 7 hours and 15 minutes (87 percent) of their shows (excluding commercials and promos) were devoted to coverage of the Helsinki summit to just 1 hour and 7 minutes spent on other news topics. 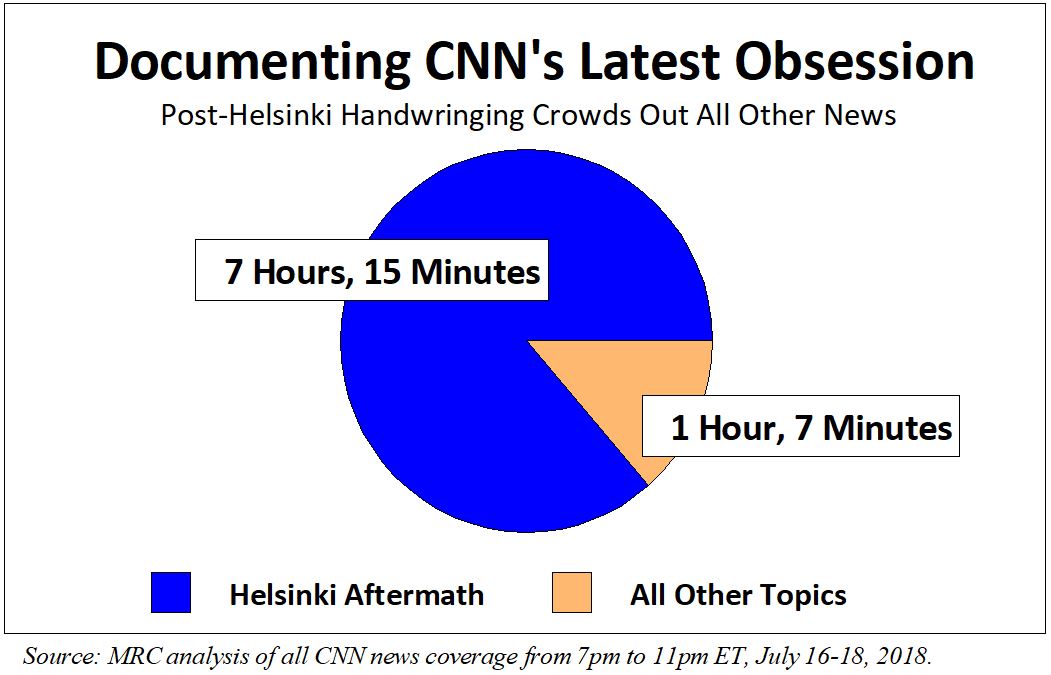 The tone of the coverage was fiercely anti-Trump as CNN anchors, correspondents and guest randomly speculated if Trump was comprised by Putin and openly questioned if the president had committed treason.

The next evening Lemon went further as he pressed presidential historian Douglas Brinkley to make the charge for treason: “Article III in section three of the Constitution says this, “treason against the United States shall consist only in levying war against them or in adhering to their enemies, giving them aid and comfort.” So no president has ever been charged with treason, Douglas. Do you believe the President’s actions fall anywhere within that definition?

His colleague Chris Cuomo, on his July 16 show, raged: “The world witnessed a betrayal the likes of which we’ve never seen. America’s president sided with its enemy today. Shock has turned to a national shunning as America finds unity in President Trump’s perfidy.”

Host Anderson Cooper, on July 17, brought on CNN’s chief legal analyst Jeffrey Toobin to speculate, without hard evidence, that Putin had “something” on Trump: “Why is Donald Trump still doing this? Why is he failing to acknowledge Russia’s role in the 2016 election? Why won’t he acknowledge that Russia is a bad actor?...Is there kompromat on him? Do they have something on him?

Thanks to NewsBusters interns Richard Howell, Cody Leach, Alec Sears and Peter Sifre for contributing to this project.