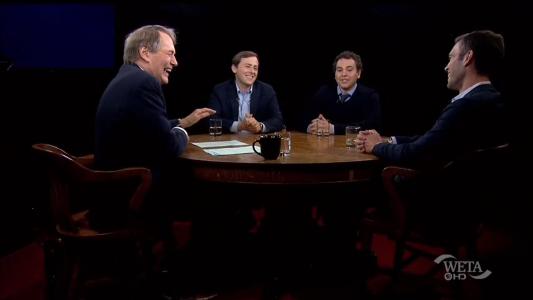 If you are one of the millions of people who lost their health insurance under ObamaCare, the President’s lie “If you like your health care plan, you can keep it” probably still stings. But to CBS This Morning host Charlie Rose and the Obama speechwriters he invited on his PBS show, it’s now a hilarious laugh line.

On Monday’s edition of PBS’s Charlie Rose show the host invited on former Obama speechwriters David Litt, Jon Favreau and Jon Lovett to wax fondly about Obama’s “great” communication skills when it came to delivering both serious speeches and funny lines. When Lovett, now a writer in Hollywood, told Rose he was most proud of the “serious speeches” on the economy and health care, Favreau jokingly jabbed that Lovett was responsible for the now infamous lie about keeping your health insurance plan. Rose and the entire panel cracked up at the line.

The following exchange was aired on the May 9 edition of PBS’s Charlie Rose show:

CHARLIE ROSE: My point is do you have equal impact on serious speeches? Because it’s about style, use of language, etcetera?

JON LOVETT, FORMER OBAMA SPEECH WRITER: I really like, I was very — the joke speeches is the most fun part of this. But the things I’m the most proud of were the most serious speeches, I think. Health care, economic speeches.

JON FAVREAU, FORMER OBAMA SPEECH WRITER: Lovett wrote the line about “If you like your insurance, you can keep it.”

LOVETT: How dare you!

LOVETT: And you know what? It’s still true! No.