CNN+ Goes Bust, Will Be Cancelled One Month After Launch 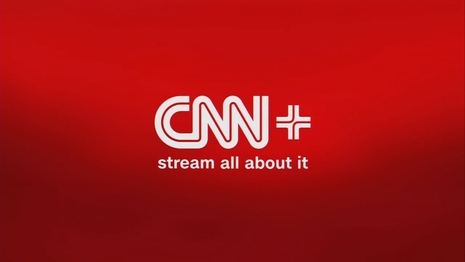 CNN+, launched March 29 as a flaming heap of failure and narcissism, is set to be killed off come April 30. CNN and parent company Warner Bros. Discovery confirmed the death late Thursday morning. The move came a month after its birth and reportedly went off despite objections from Discovery.

Its cause of death was due to public disinterest with liberal punditry and paying money to hear more from the likes of Anderson Cooper, Don Lemon, and Brian Stelter. Interest was so low that CNN+ reportedly only brought in fewer than 10,000 daily users and only 150,000 subscribers.

For a network whose daily users are less than the reported number of Jedi in Australia and brought in less revenue than a kickstarter for a random guy making potato salad, it was unsurprising that this hilariously bad idea will soon meet a fitting end.

Incoming CNN boss Chris Licht wrote in a statement that the “decision is in line with [Warner Bros. Discovery]’s broader direct-to-consumer strategy” and “[i]n a complex streaming market, consumers want simplicity and an all-in service, which provides a better experience and more value than stand-alone offerings.”

That squared with reporting by Axios’s Sara Fishcer), who said Tuesday that it’s likely some of CNN+’s library will be folded into other Discovery streaming platforms.

CNN media janitors Brian Stelter and Oliver Darcy said in their own story that “[h]undreds of CNN+ staffers may lose their jobs” and Licht stated “in an internal memo that ‘all CNN+ employees will continue to be paid and receive benefits for the next 90 days to explore opportunities at CNN, CNN Digital and elsewhere in the Warner Bros. Discovery family.’”

They added that anyone not “absorbed elsewhere in the company will receive a minimum of six months of severance.”

Here’s more tales of sadness from a company meeting, including Licht calling it a “uniquely shitty situation” despite his spectacularly false claim that CNN+ had “an incredibly successful launch” (click “expand”):

Licht said in a town hall style meeting with staffers that "this was an incredibly successful launch" but simply incompatible with the newly merged company's plans.

“It is not your fault that you had the rug pulled out from underneath you,” he said as he vowed to minimize the impacts to staff.

“Some of this was avoidable,” he said, but “prior leadership decided to just keep going” with the planned March launch of CNN+ despite the impending merger, he said.

The executive vice president in charge of CNN+ and all of CNN's digital businesses, Andrew Morse, who worked closely with Kilar and Zucker, will depart the company after a transition period.

With the exception of those of us at NewsBusters (who watch things like CNN+ so you don’t have to), one had to have been a masochist for parting with hard-earned money to watch CNN+ for pleasure.

For those who are masochists, Warner Bros. Discovery says they will be providing pro-rated refunds.