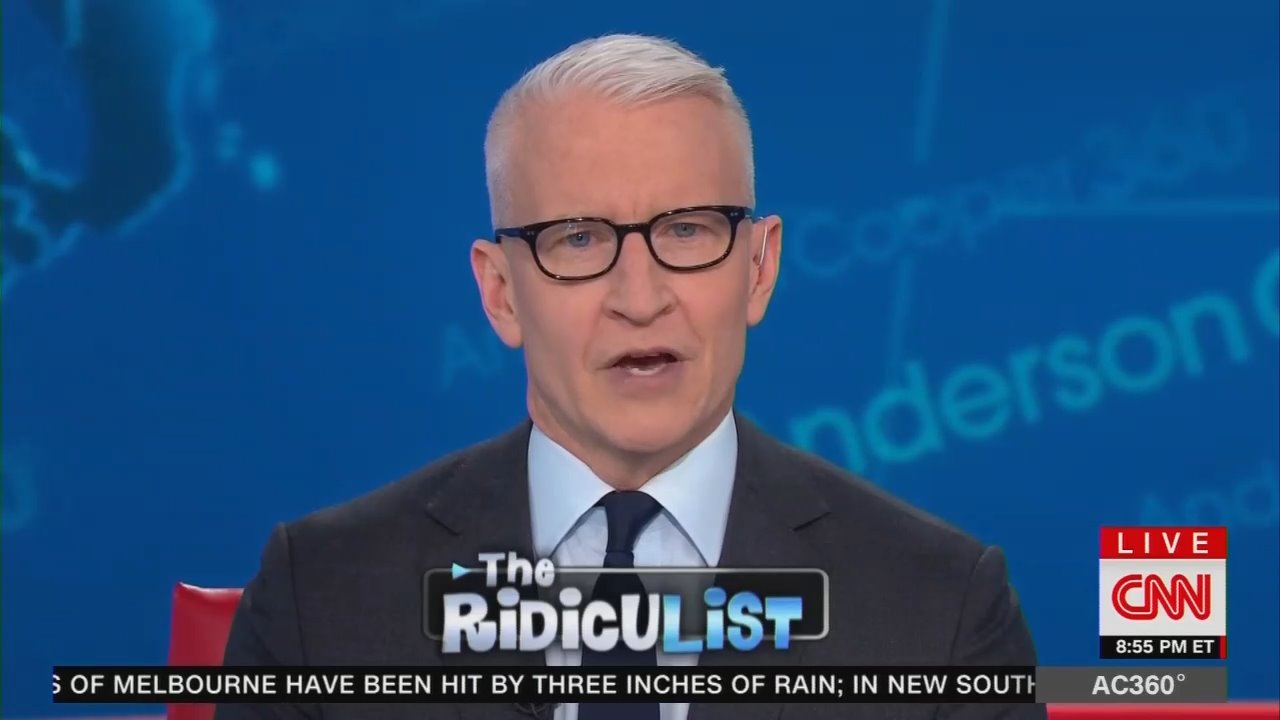 CNN's overblown outrage on Thursday over Sen. Martha McSally telling its reporter Manu Raju he was a "liberal hack" went on and on for hours before and after the Wolf Blitzer sermon that Arizona voters are "smarter" than to reward such misbehavior. There was ever more huffing and puffing about the senator being "awful," even "indecent."

They complained that McSally was using it for political gain. And CNN wasn't???

Jake Tapper said "it's obviously indecent and based on the desire to not have accountability and reporters asking basic, simple questions."

Gloria Borger added "My reaction was that her behavior was disgraceful towards a reporter who was just asking a real question."

Tapper sermonized: "I think it’s almost like warning shot that Republicans and the Trump administration and the whole MAGA universe is just going to be trying to weaponize what President Trump has created, which is a groundswell of media hatred and a desire to not have any kind of accountability."

Here's a supercut of all the outrage:

Blitzer insisted Sen. McSally needed to apologize publicly: "She should call up Manu Raju, apologize to Manu Raju... 'I misspoke, I'm sorry I did that'.... and then whatever she said and then she should issue a public statement to apologize."

When Blitzer spoke to Raju on air, he hammered it again. "Instead of answering a fair question, she simply called you a liberal hack. It was disgusting. It was awful. She should know better....Yeah, it’s awful. I take it she — she or her staff, no one has reached out to apologize to you. Have they?"

Raju said no. Blitzer said "If they did the right thing, she would personally call you and say, 'I’m sorry.' That was an awful, awful thing that she did."

Erin Burnett insisted the insult was "beneath the dignity of how a Senator should behave." Then came Anderson Cooper, who sermonized during a "RidicuList" segment, which is usually reserved for Cooper giggling over something. He said this was appointed Senator McSally's sad attempt to get elected.

COOPER: Based on the mutually agreed fact of her slur against Manu Raju today, I think it's fair to say that McSally's days of engaging in rational discussion are over. See, because what her calling Manu a liberal hack is really about is her running scared and attempting to reinvent herself as a Trump foot soldier...

She's trying to make money off the fact that she called Manu Raju a liberal hack. And you know what? The president is now asking people to donate to her because she was rude and unprofessional to a reporter. So, big, long, slow clap for you. A reporter was just doing his constitutionally-backed job. So congratulations, appointed Senator McSally. I'm sure the money's going to flow in, and you may get a bump in the polls, and you may win. But look at the company you are now in, and look how far you have come. You were once a profile in courage. You're now a profile in politics.

CNN's "Reliable Sources" newsletter began with the headline "McSally smears Manu." Oliver Darcy (subbing for Brian Stelter) spent more than 350 words of reportage and outrage that McSally "resorted to lobbing cheap, false, and personal attacks against CNN's Manu Raju, who is widely considered to be one of the best reporters on Capitol Hill."

Almost a year ago, when leftist Rep. Ilhan Omar was rude to Raju and refused to answer his questions, Stelter's newsletter had.....nothing.