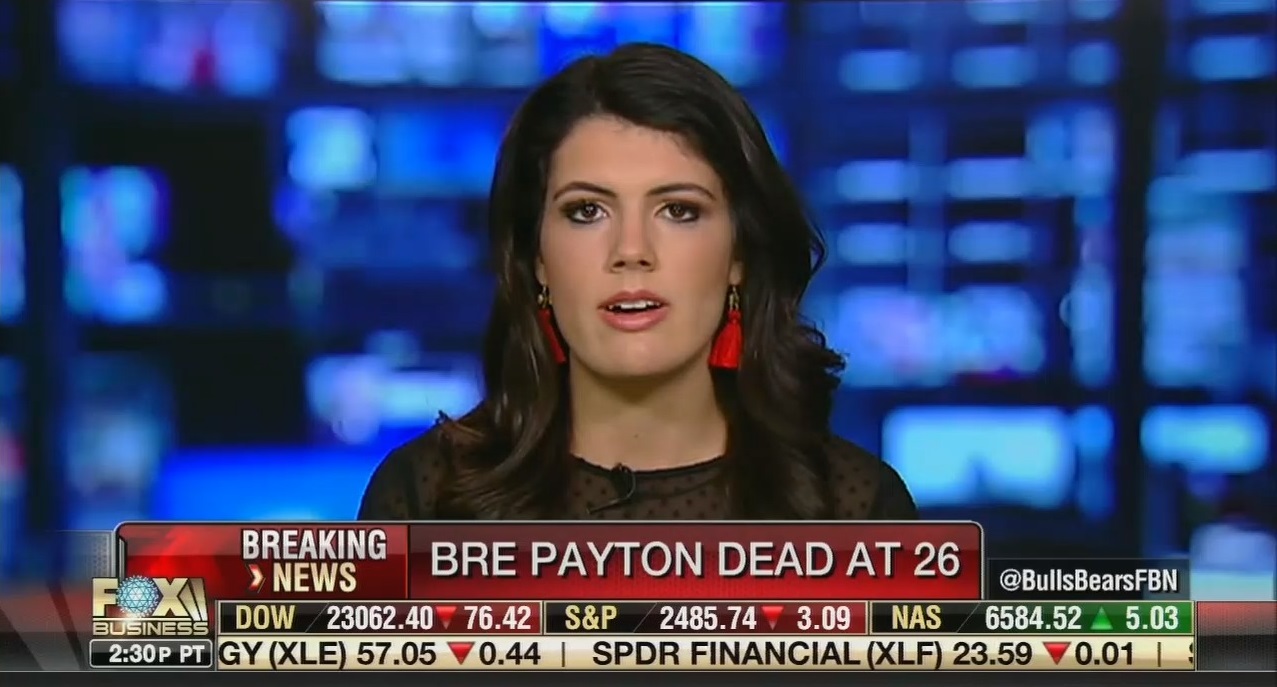 Friday afternoon, it was announced Federalist staff writer, frequent Fox Business and Fox News guest, and young conservative leader Bre Payton had suddenly passed away at age 26 after being found unresponsive Thursday morning with what doctors diagnosed as meningitis and the swine flu.

Poignant tributes poured in from the conservative movement both Friday morning after word first came out about the incident and after her death, ranging from The Federalist (here and here) to The Washington Examiner and stories about her passing on FoxNews.com, Mediaite, and The Wrap. The Associated Press also published one, but it wasn’t so friendly.

The AP story followed the normal structure for a news obituary with a lede that described her as “a writer for the conservative news site The Federalist and a frequent guest on the Fox News Channel and other media outlets,” when she died, and her age.

The next two paragraphs stated how the news was announced as (by The Federalist and Payton’s friend Morgan Murtaugh, a former OANN reporter and former GOP congressional candidate) plus the alleged cause of death.

From paragraph five to the end, everything was well and good, but the fourth graph is where the AP lost all sense of decency, boiling down Payton’s work this way:

In recent appearances on Fox News, Payton had condemned what she called “fake news” media coverage of President Donald Trump and “sexist and bigoted” coverage of first lady Melania Trump.

Numerous friends and fellow colleagues in conservative media (including this one) have pointed out, the AP reducing Payton’s professional work to that lone, measly, tasteless sentence marked the epitome of unprofessionalism.

If the AP had checked her bio on The Federalist, they’d find a slew of places to mention: “She has appeared on Fox News, MSNBC, CNN, NPR, BBC World News, among others, and her work has been featured in The Wall Street Journal, The New York Times, Daily Signal, and WORLD Magazine, to name a few.”

Since the AP won’t do that, here’s headlines and links to a small sampling Payton’s posts about a diverse set of topics this year alone (click “expand”):

And along with Payton having cited NewsBusters on numerous occasions, we at NewsBusters were privileged to cite her trusted reporting and analysis. A link to stories that cited her can be found here.

While Payton’s sudden death has shaken countless people, The Federalist staff post noted (along with others who knew and knew of her) that she was a devout Christian and Believer in Jesus Christ and His promise of life everlasting. The Federalist story stated:

Though we are heartbroken and devastated by Bre’s death, we are comforted in the knowledge that she was a woman who lived a life marked by deep Christian faith, trusting in her Savior, Jesus Christ – in the God who promises the way our story ends is that “He will wipe every tear from their eyes, and death shall be no more.”