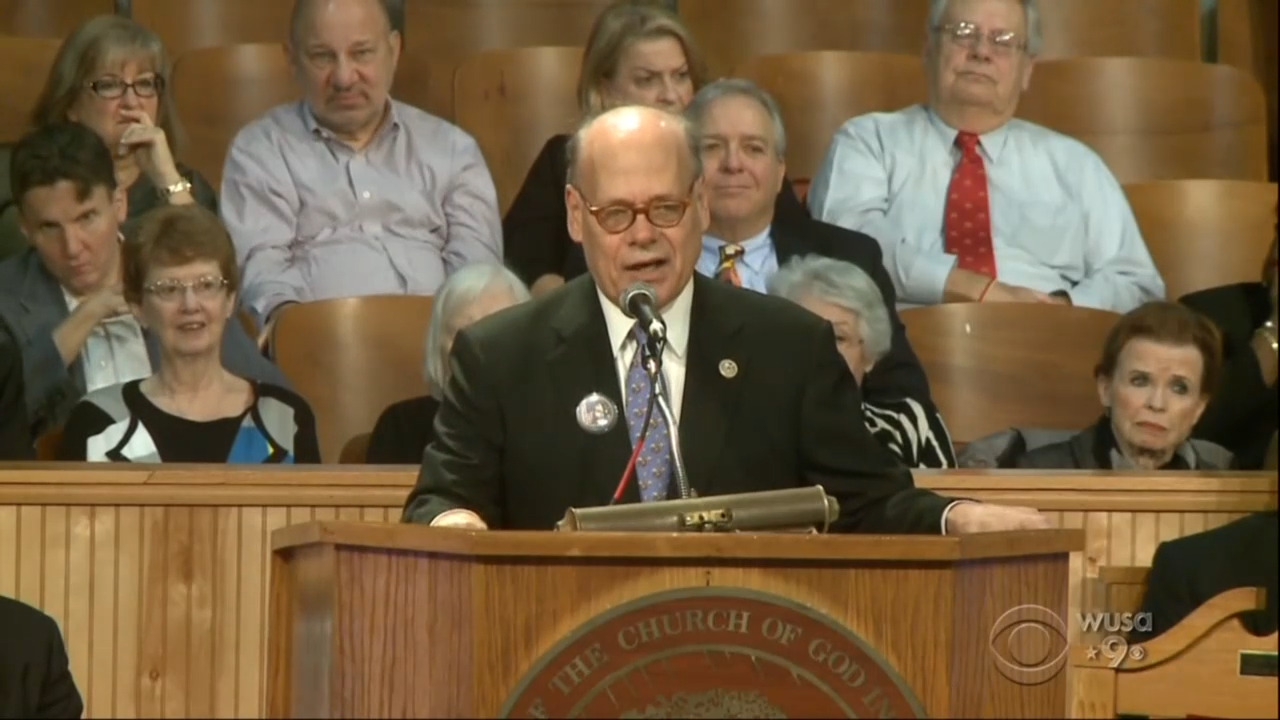 And yes, readers, this is the same Congressman who told corrupt FBI agent Peter Strzok that he should receive a Purple Heart for the criticism, inquiries, and investigations he’s faced by the Republican Congress and in the public arena.

According to Robillard, “Cohen was appearing at a community prayer breakfast at the Broadway Baptist Church in Memphis hosted by former Gov. Phil Bredesen’s campaign for Senate” when he made the remarks in question, which the crowd ate up in laughter.

Tennessee is know to have great Senators — independent Senators. We have Republican Senators like Hal Baker and Bill Frist, Bob Corker we can be proud of, were independent. Howard Baker, who impeached a corrupt President, a leader of the Watergate hearings and a leader like Fred Thompson...Bob Corker is standing up with me against the President...So we have Republicans and Democrats like Al Gore Sr. or Jr....We need another Senator who we can be proud of. Who will vote for issues, who will vote his mind ...and that’s Phil Breseden. You don’t a lackey — a lackey for a corrupt, lying President. We need to elect Phil Breseden.

Asked for a response, Cohen told Robillard Thursday night that “[i]t was obviously humor” and that he “wish[es] her no harm” even though “I hope she doesn’t get to the Senate” and that “she wasn’t a lackey for Trump.”

“But I don’t wish her physical harm,” he added.

As for Bredesen campaign, they directed Robillard to the Democratic candidate’s remarks at the same event, which insisted that this race is not “about my opponent and who’s best and who’s worst or who’s made most mistakes, or things like that” but rather “ideas” to Tennesseans and the American people.

With CNN’s Brian Stelter and the network writ large peddling their latest narrative that Fox News is out to fearmonger its audience that’s predominantly white with pro-white nationalist and racist tendencies, it’s safe to say he and his cohorts (or over at MSNBC) won’t be rushing to condemn Cohen anytime soon.

As for whether the evening newscasts of ABC, CBS, and NBC will cover this, time will tell. Thankfully, we won’t hold our breaths waiting.