UPDATE, 11:25 p.m. Eastern: In a follow-up tweet, the @TwitterGov account revealed in a dangerous and startling admission that the President's account was suspended “by a Twitter customer support employee who did this on the employee's last day.” 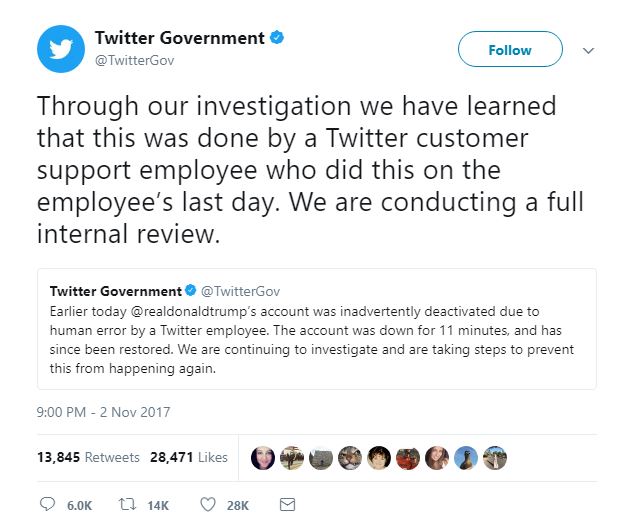 On Thursday night, the internet briefly descended into chaos as President Donald Trump’s personal Twitter account had disappeared and was nowhere to be found until it was restored 11 minutes later.

The account reappeared without explanation until Twitter’s official electoral and government relations account provided a bizarre explanation that it was “due to human error by a Twitter employee.” 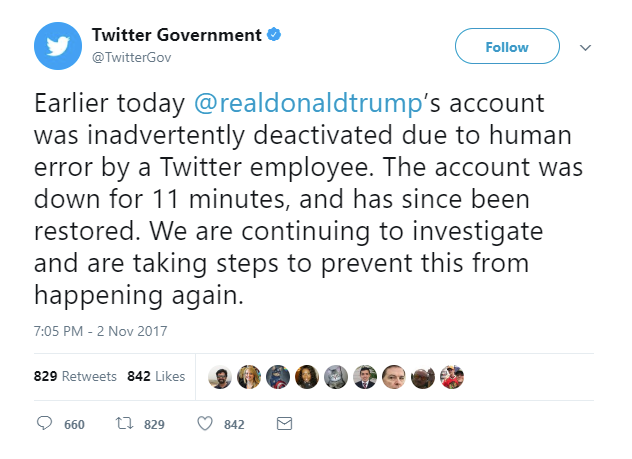 In the time that @realDonaldTrump was offline, Twitter accounts from across the political spectrum were beside themselves (including yours truly): 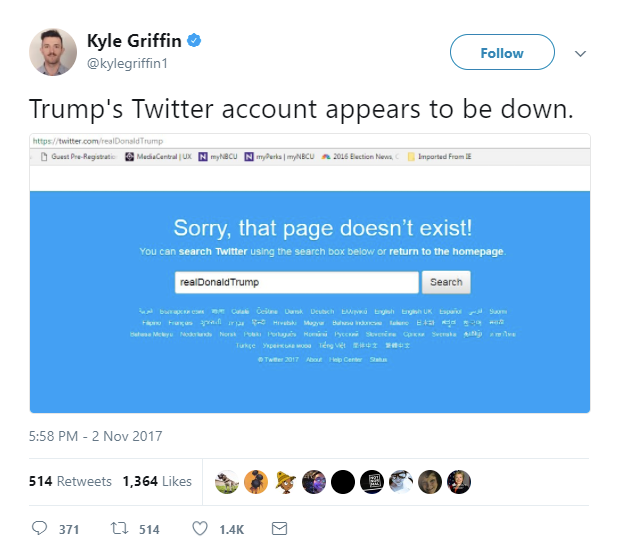 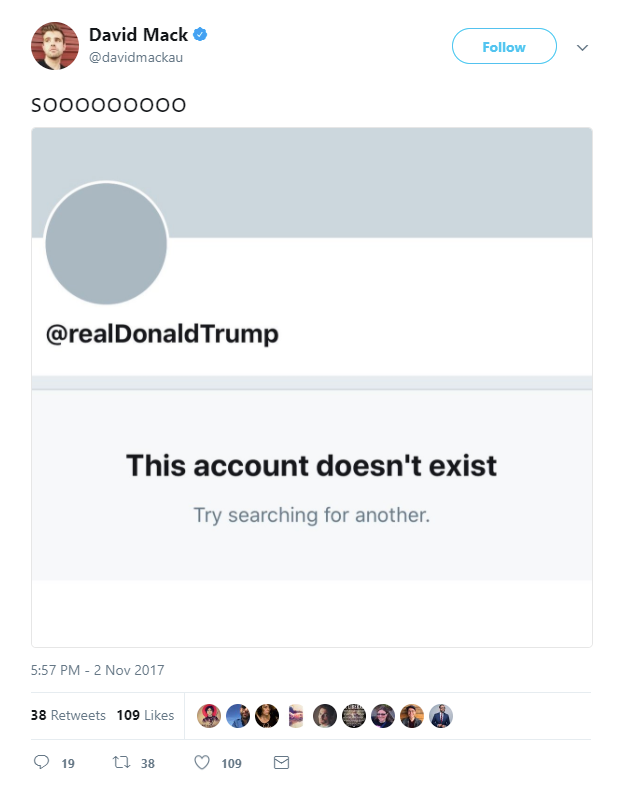 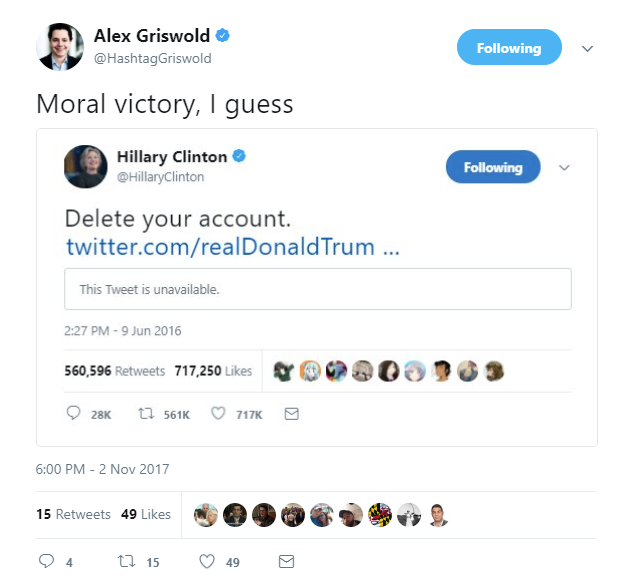 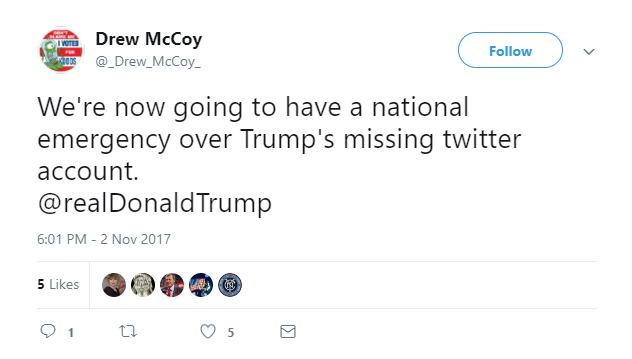 Upon its return, people were startled but quickly moved on: 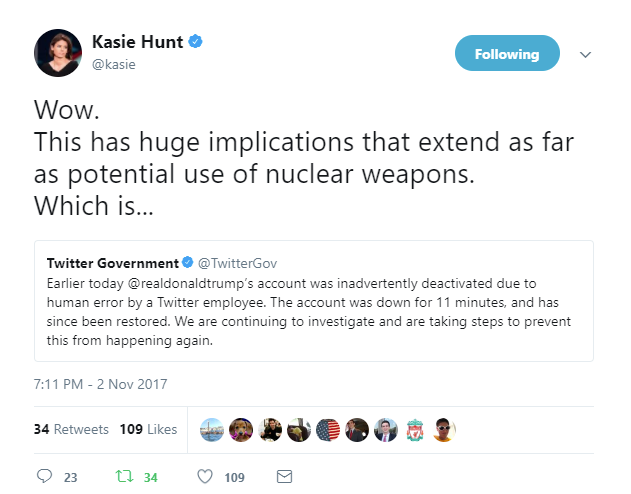 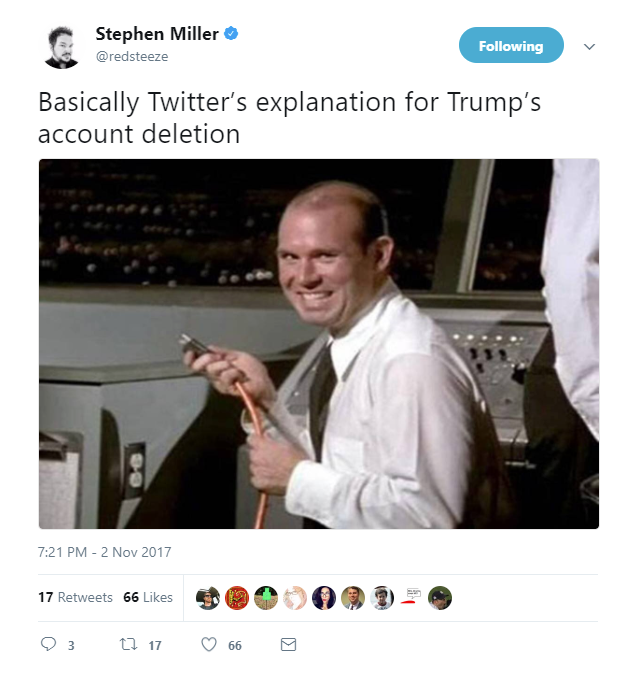 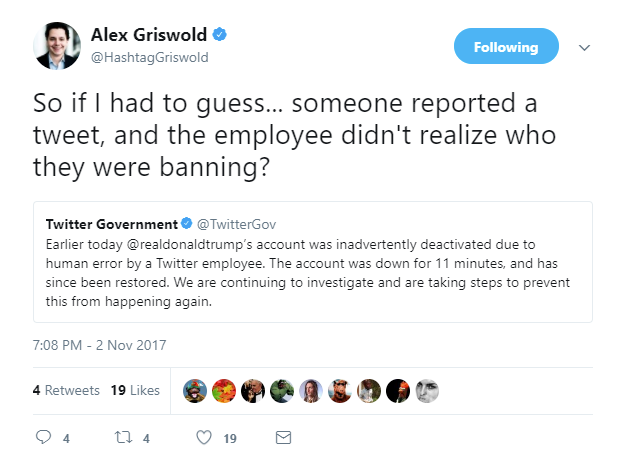 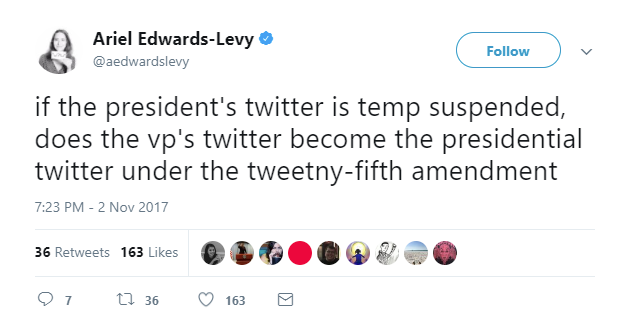