In Times-speak, the "truth" is always opposed to Trump. The text box explained why he was no longer writing fiction: “Writing a novel inspired by the Trump era ‘would lapse into parody.’” 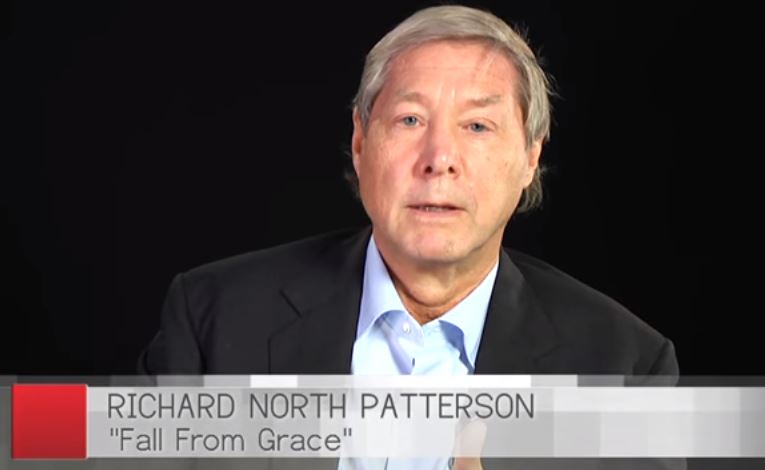 Over four decades and nearly two dozen thrillers, the novelist Richard North Patterson has used current events as scaffolding for his imagination. Late-stage abortion, conflict in the Middle East, genocide in Africa, gun control, the death penalty -- the thornier the issue, the better.

But nothing he has addressed in his novels, Mr. Patterson says, is as urgent or scary as the events taking place right now in real life. Now 72 years old, he has put thrillers behind him -- the high-wire stories set in courtrooms, in the White House, in countries torn by civil strife -- and embarked on something else entirely: writing about politics in the age of Donald J. Trump....

“People suggested that I might want to write fiction with a Trumpified main character, but I couldn’t imagine living inside him, and I wouldn’t want to,” Mr. Patterson said in the airy living room of his house here. “I don’t want to occupy the guy’s psyche.”

Lyall had an odd way of describing the Never-Trump website (founded by Bill Kristol) that Patterson writes for, and which has no print equivalent, as a “digital current-affairs magazine” with “circulation figures.”

At the Bulwark, he writes alongside contributors like Jeff Greenfield, Molly Jong-Fast and Stuart Stevens. The magazine does not release circulation figures, but it’s fair to say that its audience is smaller than that for Mr. Patterson’s novels.

Lyall suggested authors are injecting Trump into their dystopian novels, like The Testaments by Margaret Atwood. (By my reading of the book, Atwood did no such thing.)

That is what many authors are doing with novels set in futures ravaged by climate change, for instance; it is what Margaret Atwood did (kind of) in The Testaments, her sequel to The Handmaid’s Tale, published this year....

Lyall let Patterson compare Trump unfavorably to other politicians he had known.

Mr. Trump is something else entirely, Mr. Patterson said: both author and star of a fictional narrative that he invents off the cuff -- and that then becomes its own truth....Mr. Patterson was finishing up a recent piece, in which he argues that Mr. Trump’s narcissism and lack of empathy has gravely damaged American foreign policy...

“The problem with Trump is that his fiction is all-enveloping,” he went on. “Reality — his own extreme reality — is whatever he needs it to be. The fiction, the story he’s telling, never stops.”