Why Hasn’t Jimmy Kimmel Been Canceled? 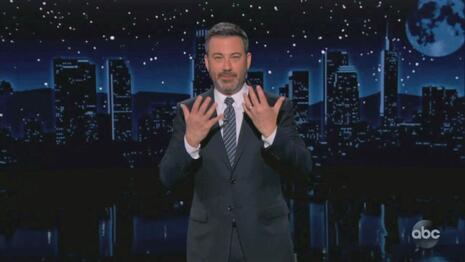 Imagine someone pitching The Man Show in the Age of Woke.

“Now, hear me out. The show has two straight male comics making fun of women, flexing their toxic masculinity and ending each show with girls jumping on trampolines…in bikinis, of course!”

The pitch meeting would end before the word “bikinis” left the person’s lips, assuming the pitch-ee wasn’t canceled by the time he or she left the room.

That program actually ran for six seasons on Comedy Central from 1999-2004, of course. The original hosts, Adam Carolla and Jimmy Kimmel, went on to podcasting and late night glory, respectively.

Carolla makes it his business model to reject Cancel Culture, boosting both his fame and comedy bona fides.

Yet Kimmel’s past, and present, suggest a performer ripe for cancellation by the woke Left’s current rulebook.

Kimmel’s blackface past alone could be cause for cancellation. He repeatedly embraced the concept, far more than what fellow late night host Jimmy Fallon did in imitating Chris Rock in 2000. Yet Fallon had to perform a groveling, on-air apology for his single blackface routine on The Tonight Show.

Kimmel, by comparison eventually released a non-apology apology for his serial blackface work, a statement which spent much of its attacking his critics.

“I have long been reluctant to address this, as I knew doing so would be celebrated as a victory by those who equate apologies with weakness and cheer for leaders who use prejudice to divide us…

Looking back, many of these sketches are embarrassing, and it is frustrating that these thoughtless moments have become a weapon used by some to diminish my criticisms of social and other injustices.

I believe that I have evolved and matured over the last twenty-plus years, and I hope that is evident to anyone who watches my show. I know that this will not be the last I hear of this and that it will be used again to try to quiet me. I love this country too much to allow that. I won’t be bullied into silence by those who feign outrage to advance their oppressive and genuinely racist agendas.

Kimmel suffered no professional consequences for his blackface past. In fact, he’s hosted the Oscars twice, the Emmys thrice, and he continues to draw laudatory press attention.

His most recent comments regarding Jenner are considered acceptable to the usual woke suspects because his target is running as a Republican. The woke brigade generally won’t cancel people if they’re attacking right-leaning targets. 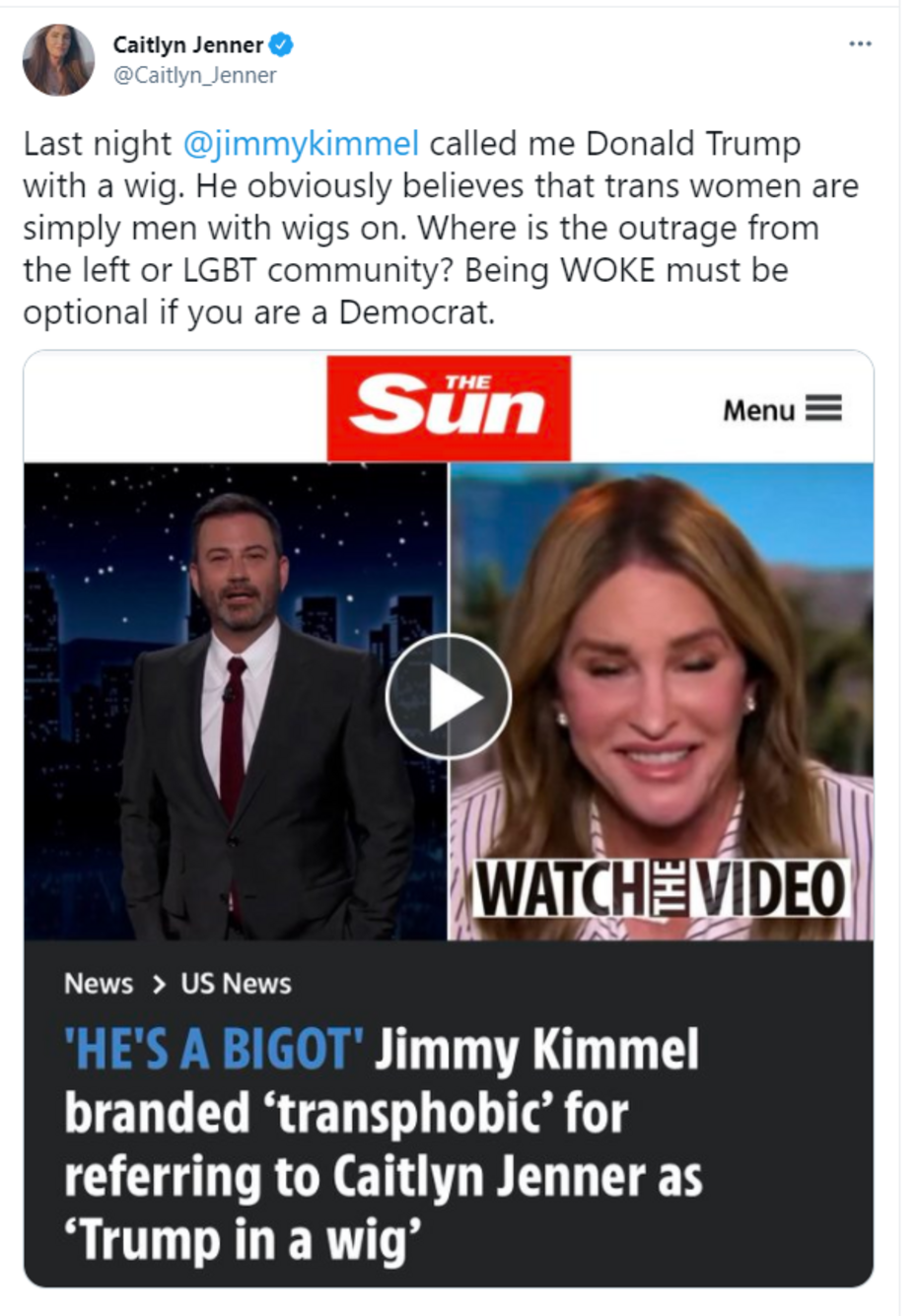 Why hasn’t Kimmel been canceled yet, and why is it unlikely to ever happen? He’s a progressive who preaches to the liberal choir from his ABC perch. He’s too valuable to them to be removed. More importantly, he targets Republicans with his comedic barbs.

Combine the two, and Kimmel is all but cancel-proof.