They Really Do Hate YOU: TV Star Attacks Non-Liberals as Filled With Hate 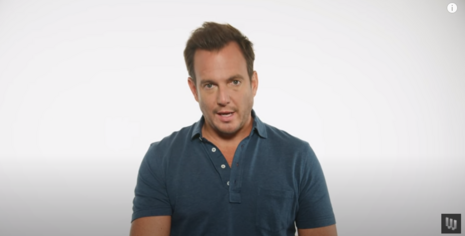 Wonder why comedy feels like it’s on life support these days?

Just give the latest edition of “SmartLess” a listen. You’ll figure at least part of it out.

The podcast, hosted by Jason Bateman, Sean Hayes and Will Arnett, is described as a show that “connects and unites people from all walks of life to learn about shared experiences through thoughtful dialogue and organic hilarity.”

The hosts’ idea of “shared experiences,” sadly, is bowing to Cancel Culture and slamming anyone who doesn’t self identify as “liberal.”

It’s not the kind of material you’d hear on a broadcast sitcom, but now Silverman suggests she wouldn’t even tell it today.

Silverman recently seemed poised to speak out against Cancel Culture rules via a candid rant on her new podcast.

“But without a path to redemption, when you take someone and you found a tweet they wrote seven years ago or a thing that they said and you expose it and you say ‘This person should be no more, banish them forever’ – they’re going to find some place where they are accepted, and it’s not going to be with progressives,” she said.

“If we don’t give these people a path to redemption, then they’re going to go where they are accepted, which is the motherf****** dark side.”

She’s reversed course, echoing her previous stance that comedians must listen to the younger generation, and that they’re typically right about cultural issues.

(She wasn’t singing that tune after losing a sweet film gig due to a previous, “problematic” joke).

Silverman even admitted during the conversation that liberal comedians get a cultural pass when approaching edgy material, a blast of self-awareness that’s both accurate and welcome.

It’s why her ex-beau, Jimmy Kimmel, didn’t get punished for appearing in blackface multiple times while fellow host Jimmy Fallon got pummeled for a single blackface gag.

Then Arnett, best known for voicing Batman in three “LEGO” movies and co-starring with Bateman on “Arrested Development,” took the conversation down a dark path. He used the topic of challenging humor to make a broader statement about roughly half the country.

“I was thinking about that other day, which is like, what’s been gone is things have gotten so serious because everybody who’s not liberal is so serious and so dark and so real about their negativity or hate or racism or whatever it is that’s taken all of that away. You’re like, ‘I don’t even want to joke anything, a lot of things that are rough or maybe pushing boundaries because you feel like, ‘I don’t want it to be taken the wrong way because there are so many people who mean it.’”

It’s a ghastly comment but hardly much different than how other stars routinely attack conservative Americans in the Age of Trump. Saturday Night Live called Trump voters Nazis. So did far-left actor John Cusack.