Will This Be TV’s Most Fawning Obama Special? 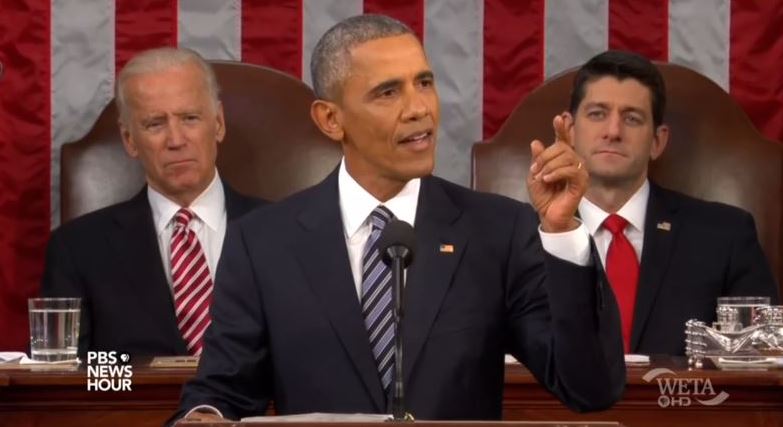 The Smithsonian Channel may lap the mainstream media in its adoration of outgoing President Barack Obama.

The channel is set to debut The Obama Years: The Power of Words on Feb. 27. The new special will, according to the web site, honor “the greatest writer and orator the White House has ever known.”

Here’s more from the press release announcing the special:

His speeches ranged from redefining patriotism, candidly addressing race relations, inspiring hope and healing, and turning divisive moments into an opportunity for national unification. But which are the moments that history will remember? A new hour-long Smithsonian Channel special tells the story of Barack Obama, “writer in chief,” and takes viewers inside the defining moments of his political career through the prism of his most memorable speeches.

If that weren’t fawning enough, here’s historian Douglas Brinkley weighing in on Obama, a president whose legacy includes a reality show star as his successor.

“Someday there will be the collected speeches of Barack Obama … and I think they’ll tell us more about our hopes, dreams, aspirations and dark realities than any other document to represent that era.”

Let’s consider the sources gathered to weigh in on the Obama years: senior advisor Valerie Jarrett, Chief Strategist David Axelrod and speechwriters Jon Favreau and Cody Keenan. President Ronald Reagan speechwriter Clark Judge is included in the lineup, but it appears his voice will be drowned out by Obama sycophants.

Now may not be the time for a scathing look at Obama’s many failures. History will make that call, and it won’t be pretty. The upcoming special appears to be an attempt at securing a legacy that doesn’t align with reality.

Perhaps the minds at Smithsonian are holding back on their more critical assessments. We’ll have to wait and see. The evidence so far hardly suggests any such approach.

Here’s how The Smithsonian Channel describes the Obama speeches going under the microscope:

The 2004 Democratic National Convention keynote, when a national audience was first introduced to the Illinois state senator with a message of patriotism and unity.

A More Perfect Union,” presidential candidate Obama’s seminal speech on race relations in Philadelphia, in which he tried to respond to incendiary comments by his pastor, the Rev. Jeremiah Wright. At this critical moment, he chose to speak candidly and in deeply personal terms, shedding light on the complexities of race in the country.

The 2008 Democratic National Convention acceptance speech: Delivered on the anniversary of Martin Luther King, Jr.’s “I Have A Dream” speech, this marked a momentous change in American history as Barack Obama became the first African American major party nominee.

The President’s eulogy after the 2012 Sandy Hook Elementary shootings in Newtown, CT. Obama’s passion and empathy delivered through his heartfelt words sought to bring comfort to a devastated nation.

The 50th Anniversary commemoration in 2015 of the Selma to Montgomery civil rights marches. Remembered as one of the most patriotic speeches given by Obama during his presidency, it highlighted the progress made in civil rights.

“Amazing Grace,” the eulogy after the 2015 shooting at Emanuel African Methodist Episcopal Church in Charleston, South Carolina, marked a turning point to bury some of the old Confederate history, and it represented one time when his words did produce immediate change.

Obama’s many speeches didn’t move the needle on his signature, and deeply flawed, health care overhaul. Nor did they match the results of another president, a man who backed up his words with action that changed the world.