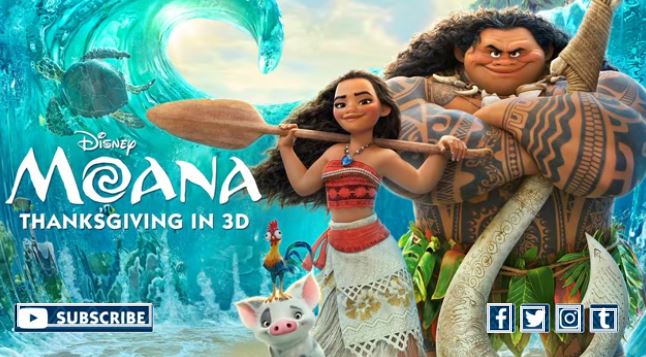 The animators behind Moana weren't satisfied with making yet another Disney smash.

They worked tirelessly to understand, appreciate and share Polynesian culture with audiences the world over. Years of intense research impacted the screenwriting as well as the finished animation.

This reporter spoke to two animators on the project. They took the cultural issues seriously. They spoke of how much it meant to them to honor the traditions that inspired the story.

Frankly, it’s never enough. Someone will always find a problem, real or imagined, in any piece of pop art today.

Consider the latest complaints lodged against Moana, which stormed ahead of the U.S. box office over the holiday weekend for a $81.1 million haul. The New York Times went to New Zealand to find out how Southern Pacific people felt about the film.

Of particular concern is the movie’s portrayal of the demigod Maui, who is shown as enormous and egotistical, albeit with a good heart. That has been jarring for some in Polynesia, where obesity rates are among the highest in the world and where Maui is a revered hero in oral traditions.

Let’s listen to Teresia Teaiwa, a senior lecturer in Pacific studies at Victoria University of Wellington. She also focused on the Maui character, too.

“Before Disney, I’ve seen a lot of other representations, and Maui is a hero,” she said. “I think it’s clear from the trailers I’ve seen that he’s a buffoon in Disney. It’s a dramatic shift. He was a trickster but not a buffoon.”

Teaiwa hasn’t seen the movie, but she’s officially lodging a complaint already. If she had, she’d know Maui is both comical and heroic, and he proves it over and again. Still, she has some “advice” for the iconic animation company.

Teaiwa said if Disney really wanted to be culturally correct they would have paired Maui with a female deity, as he is in most legends, and not with a teenager.”

Then again, if Disney didn’t make said female deity empowering enough, others would complain about that. See how it all works?

This wasn’t the first time Moana drew the ire of social justice types. Earlier this year, a Maui costume got yanked from store shelves after some customers complained it was the equivalent of “blackface.”

The costume in question featured the tattooed body of the demi-god, voiced in the film by Samoan actor Dwayne Johnson. Now, little boys and girls who adore the movie can’t dress up as their favorite character.

Let’s recap. An animation giant’s creative team goes to exhaustive lengths to tell a tale that honors a culture which rarely gets a closeup in Hollywood stories. They visit the lands in question, consult cultural authorities and regular folks alike and do all they can to let that seep into the narrative.

And some folks are complaining all the same.