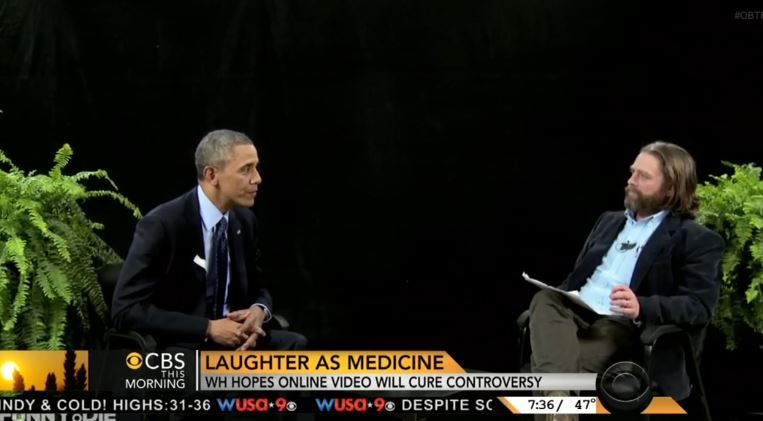 Conservatives warned us President Barack Obama’s health care reform would be unsustainable. Reporters brushed off the claims, essentially cheerleading on behalf of the administration.

In the annals of media bias, ObamaCare reportage will have its own meaty chapter.

Reporters didn’t do the ObamaCare heavy lifting by themselves. Celebrities promoted the overhaul like it was a $200 million film with their careers on the line.

First, let’s look at some of the latest trainwreck news regarding ObamaCare. Even The New York Times admitted the reform is cratering:

The law’s online marketplaces — where people were supposed to be able to easily shop for health insurance — have been suffering from high-profile defections and double-digit premium increases.

The Fiscal Times piles on the bad news, courtesy of Ed Morrissey:

In 2016, 85 percent of all Obamacare enrollees had three insurers from which to choose. In 2017, that number drops to 62 percent. This year, an estimated 300,000 enrollees had only one insurer available to them, which comprised only 2 percent of overall enrollment. Next year, 2017, that number will grow to 2.3 million – an estimated 19 percent of all enrollees, an eightfold increase. The same percentage will only have two choices, up from 12 percent in 2016.

ObamaCare policies have proved so unattractive that even customers eligible for subsidies are turning away unless they also happen to be seriously or chronically ill. That’s because deductibles and copays keep going up with each successive renewal period. For a family of four on a bronze plan, the deductible is now above $11,000. This is the equivalent, in the case of routine illness or injury, of not being insured at all.

Higher premiums. Less options. More uncertainty. And let’s not forget Obama’s signature fib about keeping the health plan you like under his plan.

The left-leaning PolitiFact already dubbed that the Lie of the Year.

Which makes Hollywood’s propaganda on the reform’s behalf look even worse now. And it wasn’t just a case of a few random stars.

The social media orchestration behind the starry push proved unprecedented.

The ties between Hollywood and the Obama administration ran deep. A key player behind FunnyOrDie.com collaborated with Team Obama “for months” to help pitch the health care overhaul. Celebrities like Michael Cera, Jennifer Hudson, Kal Penn and Amy Poehler visited the White House to learn their marching orders.

Olivia Wilde starred in a now embarrassing video about the glories of ObamaCare.

That was just part of a multi-faceted campaign by the alleged humor site on the program’s behalf. Just two years ago, Obama himself appeared on the site to do some damage control. Hangover star Zach Galifianakis was only to happy to help.

That was just a start:

Gabrielle Union and Aisha Tyler lent their voices to pro-ObamaCare propaganda for a Planned Parenthood campaign.

Would they do it all over again? Hard to say.

The same reporters who refused to vet ObamaCare certainly won’t ask them that question. It’s still noteworthy to remember how celebrities stumped for legislation that’s having a real real impact on average Americans.