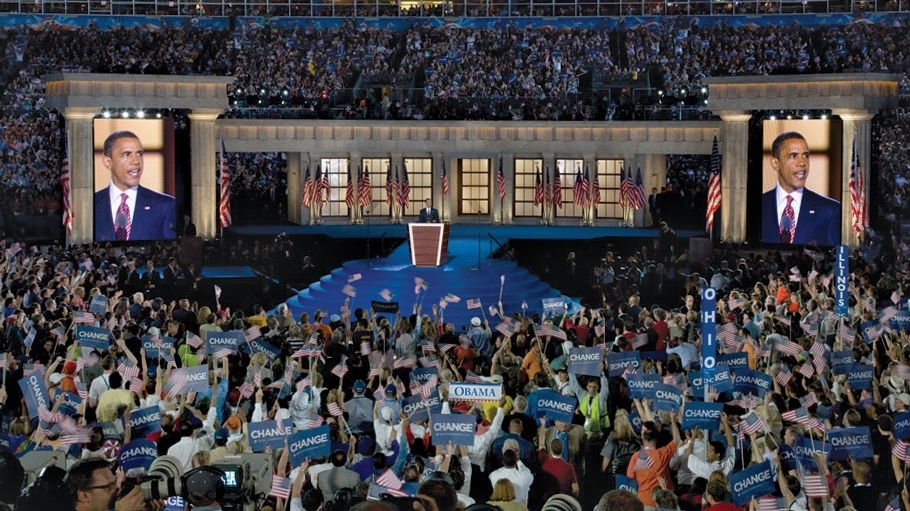 President Barack Obama's comedic Achilles' heel has been an open secret for nearly eight years.
It took that long for one satirist to target it.

Ever since Obama entered the national scene, the word from comics was that he was a nightmare for political humor. He was too good, too accomplished to mock. Heck, his cool factor alone made him invulnerable to late night quips.

It was nonsense, naturally.

Every politician has flaws, even if they aren’t as ripe as a Bill Clinton’s or a George W. Bush’s. Obama’s ego stood out as his vulnerable trait. There it was for all to see in Denver when he accepted his party’s presidential nomination. He addressed the crowd in front of what Reuters dubbed “a miniature Greek temple.” The scene should have made satirists salivate.

Instead, the meme that he couldn’t be mocked clung to Obama like a life vest. Comedians could have seen the obvious. They looked away instead.

And Obama’s ego became more pronounced, more inescapable, in the years to come. Conservatives gleefully tallied up how many times he referenced himself in his speeches.

His administration slapped his image on everything from T-shirts to basketballs. He gave Queen Elizabeth an iPod as a gift in 2009. It wasn’t just any iPod. The gadget came complete with images of Obama and audio of some of his more notable speeches.

Still, crickets from the comic community.

Then came the media appearances. It wasn’t just the occasional Tonight Show slot. He showed up time and again on The View, Late Night with Jimmy Fallon and any other show that would have him. He even sat down with faux interviewer Zach Galifianakis for that now infamous “Between Two Ferns” chat. He deigned to introduce a broadcast of the 1962 film classic To Kill a Mockingbird.

By the time Obama gave GloZell Green, best known eating Fruit Loops from a bathtub, an interview America let out one, long sigh.

Turns out it was Joe Dirt himself, SNL alum David Spade, who made the call. And he isn’t even a political comic by trade. Spade’s comments to TMZ came after Obama appeared on the reality series Running Wild with Bear Grylls.

“A president should have a little more dignity … I realize Woodrow Wilson went on Dancing with the Stars once. But what president is doing reality shows? It just seems weird to me.”

“It just seems a bit thirsty for me, is all.”

Spade’s shot hit pay dirt. He didn’t directly attack Obama’s ego, just his insatiable need to go before every available camera to spread his message. It was close enough to shame his peers.

Will other comics pile on? Perhaps they’ll target Spade instead. No matter what happens, their dereliction of comic duty has been as obvious as Obama’s ego for some time.