The Americans, which will have a new episode tonight (Tuesday) on FX, last Tuesday delivered something you rarely get anywhere on television: A “teaching moment” which highlighted the failure of policies liberals advance. Namely, the failure of socialistic/central control economic policies as the episode panned by near-barren shelves in a dingy Soviet-era Moscow grocery story.

In the scene in the March 21 episode, “The Midges,” a character who used to work as a KGB operative in Washington, DC. and is now with The OBKhSS (Department Against Misappropriation of Socialist Property), visits a grocery store to scold the manager over how she finagled to obtain an excess number of tangerines.

“Most grocery stores don’t have fruits and vegetables like this,” he ominously observes. “Not so good. Not so many choices.” 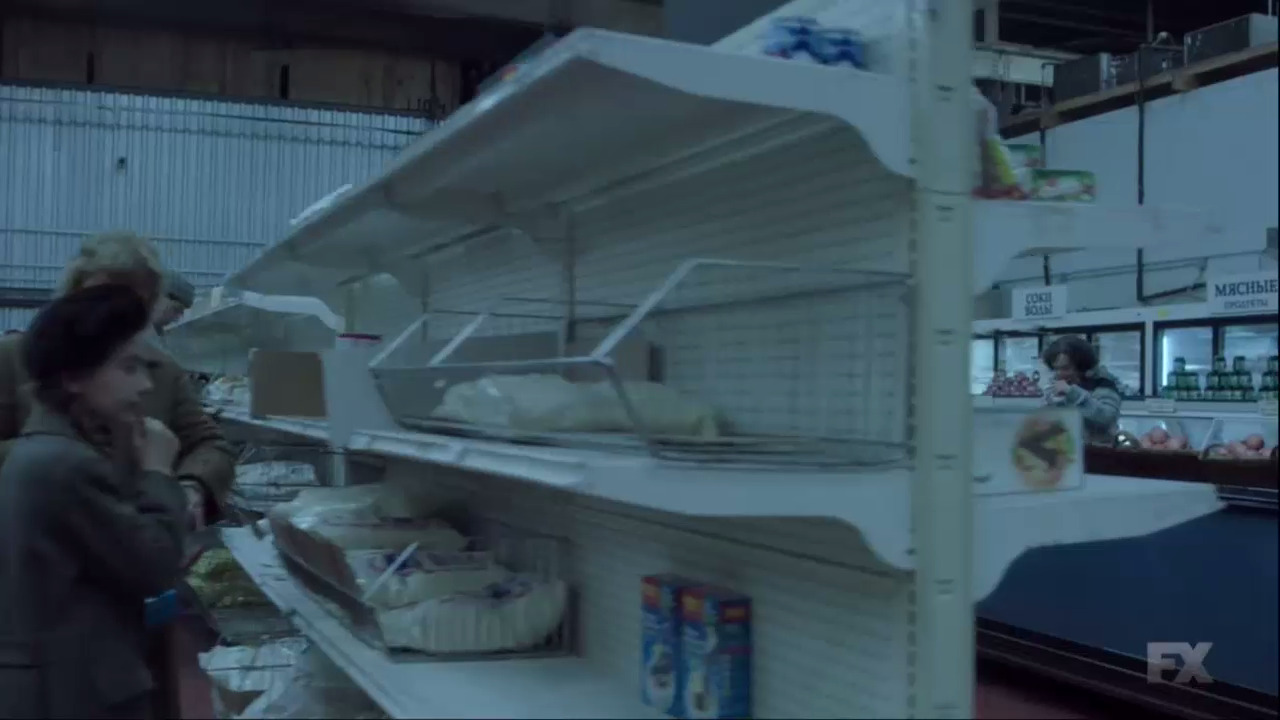 The drama is centered around a husband and wife KGB cell (Matthew Rhys and Keri Russell as “Philip and Elizabeth Jennings”) who live with their kids as ordinary Americans (travel agents) in suburban Washington, DC in the early 1980s.

This season the program has made it to 1984 and this scene was a bright spot for conservatives who remember the Soviet Union as the “Evil Empire” since this season, so far, has portrayed the United States as the abusers of human rights with a plot line centered around how the U.S. is developing insects to destroy Soviet crops and lead to starvation.

For what it’s worth, an article in today’s (March 28, but posted last week) Washington Post, “Can insects truly be weapons, as on The Americans?” declares that the idea of U.S. involvement in entomological warfare is “hardly plucked from thin air.”