On Friday's Real Time on HBO, host Bill Maher joked about having a fantasy that an apparently unstoppable Donald Trump will unexpectedly drop dead on stage, and, moments later, joked about the possibility that discussing former Vice President Dick Cheney on his show might result in his death as he recalled the coincidental passing of Antonin Scalia and Nancy Reagan right after Maher had mentioned them on the air.

The HBO comedian set up his Trump death fantasy by recalling that people often ask him if the GOP candidate could really be elected President: "Everyone comes up to me these days and says, 'Bill, could Trump really be President?' 'Yeah. F***, yeah.'"

He then brought up the movie War of the Worlds which features alien invaders that suddenly and unexpectedly die at the end: 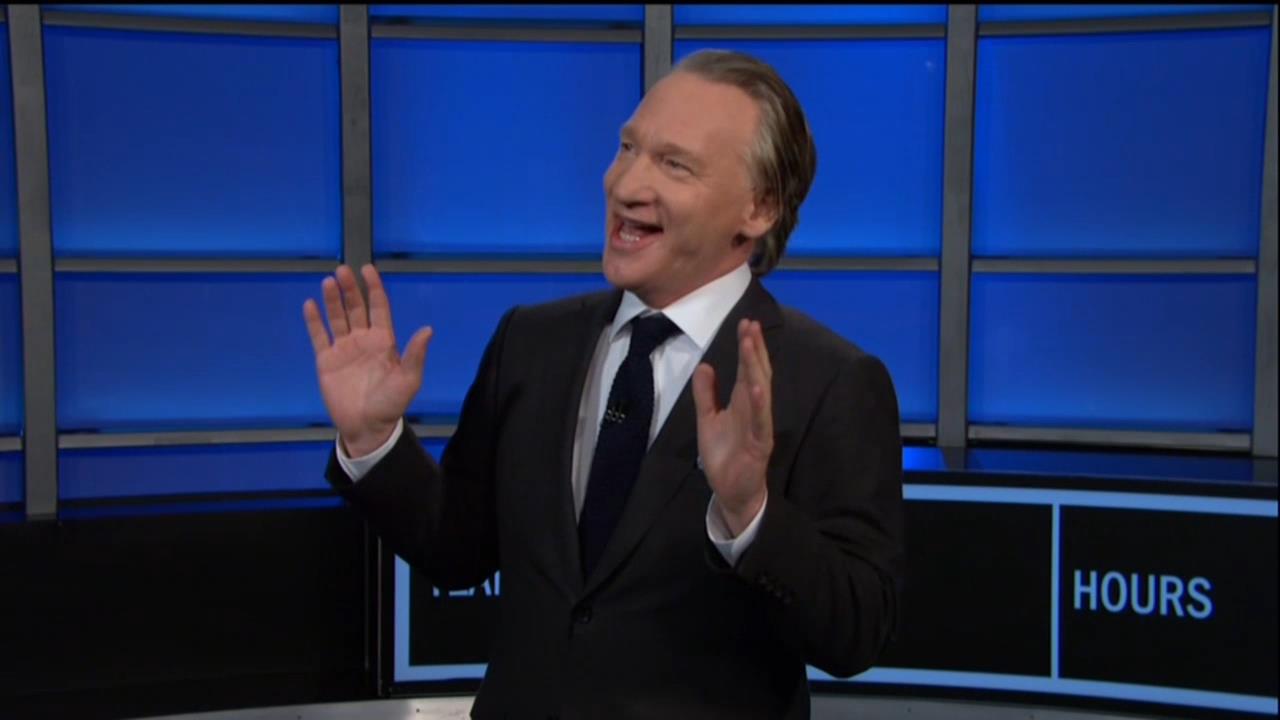 Although, here's a little bit of hope, you know. I know, nothing ever seems to stop this guy no matter what you throw at him. You ever see the movie War of the Worlds, Tom Cruise movie, right? That gives me hope because, if you remember the movie, the space invaders are just totally kicking our ass. I mean, they got their tripods, they got the forcefields around them, nothing can stop them, and then they just die.

They just die. Nobody does anything. They just f***ing die. I mean, it's like they just got to page 100 in the script and went, "F*** it, they just die." Have Morgan Freeman come and do a voiceover. They get the flu or something.

Maher then added: "That's my fantasy. Trump will be up there one day: 'I am the greatest, ahhhh!'"

The HBO comedian dropped to the floor, causing audience laughter and applause, and then got back up and continued: "He just dies. That's it, all right, that's the fantasy."

Moments later, he brought up the recent deaths of Scalia and Nancy Reagan right after Maher had mentioned them on his show:

Something spooky is going on here at Real Time because, two weeks ago, I mentioned Antonin Scalia, and he died later on that night. And last week I mentioned Nancy Reagan, and she died the next day.

He then continued: "So this is a reminder, life is short, we all have to go sometime, and a quick story about Dick Cheney."

After audience laughter and applause, he added: "No, no, no, okay, all right, I know. I don't wish Dick Cheney dead, okay? I can't control that anyway. So don't write in."