VIDEO: News Media Lose All Hope as Trump Is Acquitted 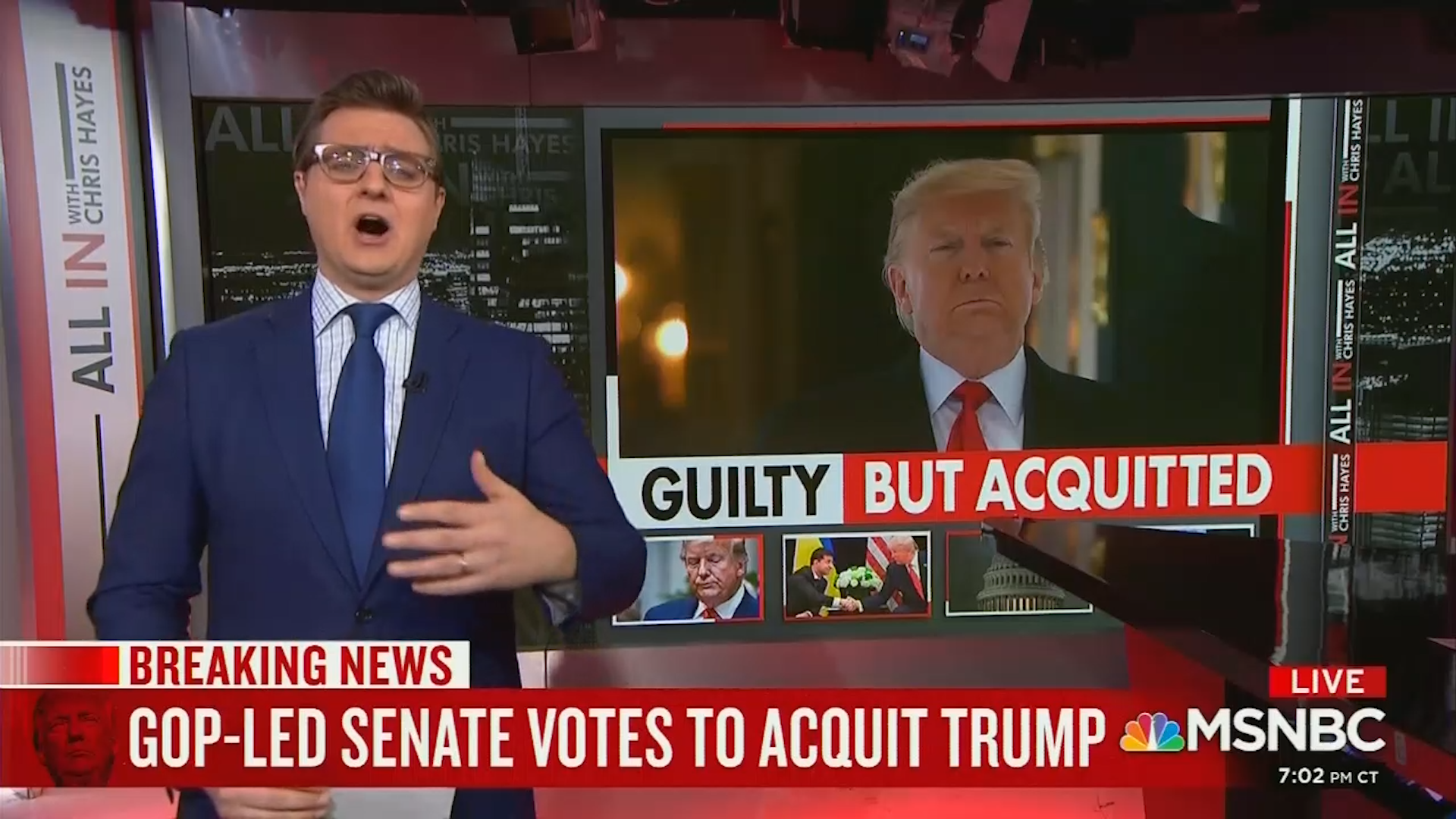 As the Senate impeachment trial of President Trump drew to a close, the liberal media’s interest gave way to disappointment. Television journalists gorged themselves on sour grapes, complaining at length that trial was “a sham,” the vote was “rigged,” and the outcome meant nothing aside from confirming the “guilt” of Senate Republicans.

Special coverage panels assessing the damage done by Trump's acquittal concluded that the Constitution was in grave danger (as were democracy, the Senate, and indeed the nation). Bitter CNN legal analyst Jeffrey Toobin announced: “He is gonna do this again, he said he will do it again, and the idea that there is some chastening here is absurd.”   Even before the official acquittal, MSNBC host Lawrence O’Donnell complained that Senate Majority Leader Mitch McConnell had unilaterally “rewritten” the Constitution to prohibit a Republican President from being “impeached in an election year.”

Here are some of the reactions from heartbroken TV journalists during the trial’s final days:

It didn’t take a diehard observer of television news to predict that the news media would be incredibly frustrated by Trump’s acquittal. These were, after all, the same anchors, hosts, and contributors who were murmuring excitedly about removing this President from office before he was even President.

But with impeachment and the Mueller investigation now exhausted, liberal journalists can only hope that the 2020 election to rid them of the President they so despise. Should Donald Trump secure a second term in office, there’s no knowing how the media will cope.