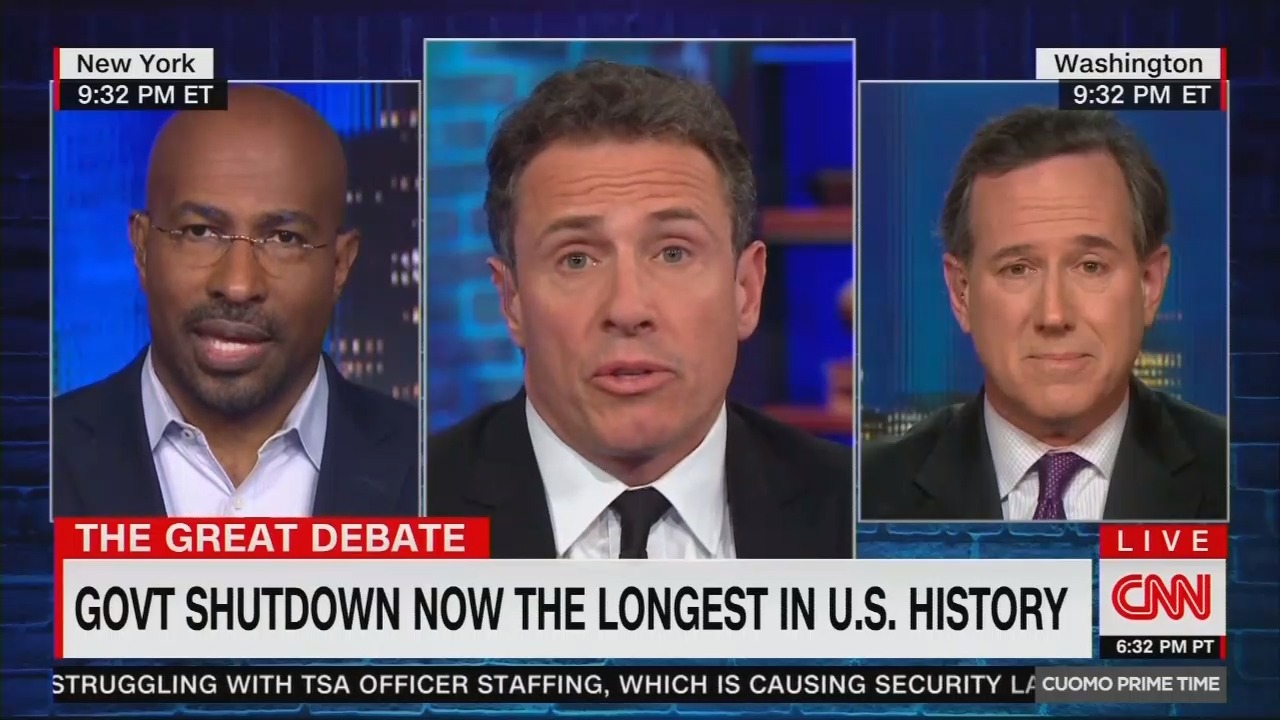 Cuomo and Jones pushed this incorrect assertion during a debate with former Senator Rick Santorum on Monday night’s Cuomo Prime Time. While trying to argue that President Trump had made more attempts to compromise than congressional Democrats, Santorum remarked: “Nancy Pelosi and Chuck Schumer [have been] saying the President isn’t going to get a single dollar for any new wall.”

SANTORUM: They are saying that.

See below for a video of this exchange, as well as a series of clips of Pelosi and Schumer clearly stating their position on wall funding:

Those wishing to be charitable might reasonably argue that Cuomo and Jones had taken Santorum’s “single dollar” talk literally. In that regard, and in the most technical sense, the CNN hosts were correct; after all, Nancy Pelosi generously agreed on January 4 to provide a single dollar of funding for the border wall.

However, based on other recent statements by both Schumer and Pelosi, it is difficult to imagine that either Cuomo or his colleague truly believed that the Democratic leaders were even luke-warm to the idea of funding a border wall.

During the same interview in which Pelosi offered one dollar for the wall, the House Speaker also made the following remark:

We’re not doing the wall. Does anybody have any doubt about – we are not doing a wall. So that’s that. It has nothing to do with politics. It has to do with a wall as an immorality between countries. It's an old way of thinking.

Schumer, too, has consistently maintained that he has no intention of supporting funding for a border wall: “It will never pass the Senate. Not today, not next week, not next year... If you want to open the govenment, you must abandon the wall.”

It is unclear when precisely CNN’s “facts-first” policy ends each day, but evidently it’s sometime before 9:00 p.m. EST.