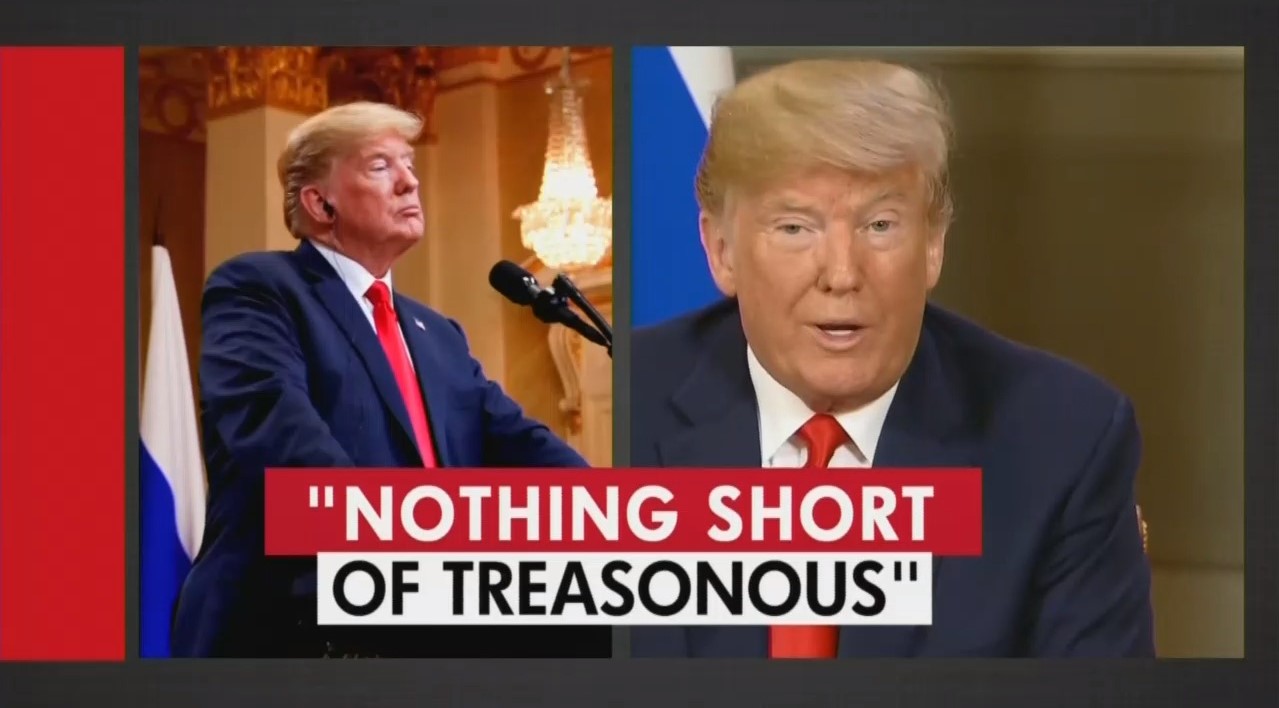 Since President Trump’s press conference in Helsinki on Monday, many in the liberal media have hyperventilated about how his lack of aggression toward Russian President Putin makes him somehow guilty of treason.

The case could be made that John Brennan technically has been a member of the media since February 2, when he became “the latest member of the NBC News and MSNBC family.”

However, Cuomo would be wrong even if Brennan weren’t an official NBC and MSNBC analyst. In fact, just the day earlier, CNN’s own Fareed Zakaria had professed to Wolf Blitzer: “I feel like treasonous is too weak a word, because the whole thing has taken on an air of such unreality.”

CNN analyst Max Boot claimed on Anderson Cooper 360 that he was “not prepared” to assert outright that Trump was guilty of treason, but he implied as much just minutes later: “Ian [Bremmer] is resisting the notion of describing that as treason, and I admit, that’s a very strong word, but if you’re truly in the bag for our adversary, then how do you describe that?”

Other television news outlets have featured similar allegations. On Monday’s The Beat, former Fox News commentator Lt. Colonel Ralph Peters bluntly stated, “To me, it was indeed an act of treason.”

The T-word has also surfaced on ABC and CBS, with anchors of both Good Morning America and CBS This Morning acknowledging Brennan’s accusations. But like Cuomo, neither show mentioned any such allegations from the media.

One does not have to admire or even agree with the President’s approach to Putin to think that the “treason” charge is wildly over the top.

Watch the compilation below for a sense of just how prevalent a topic treason has become since Monday’s summit: