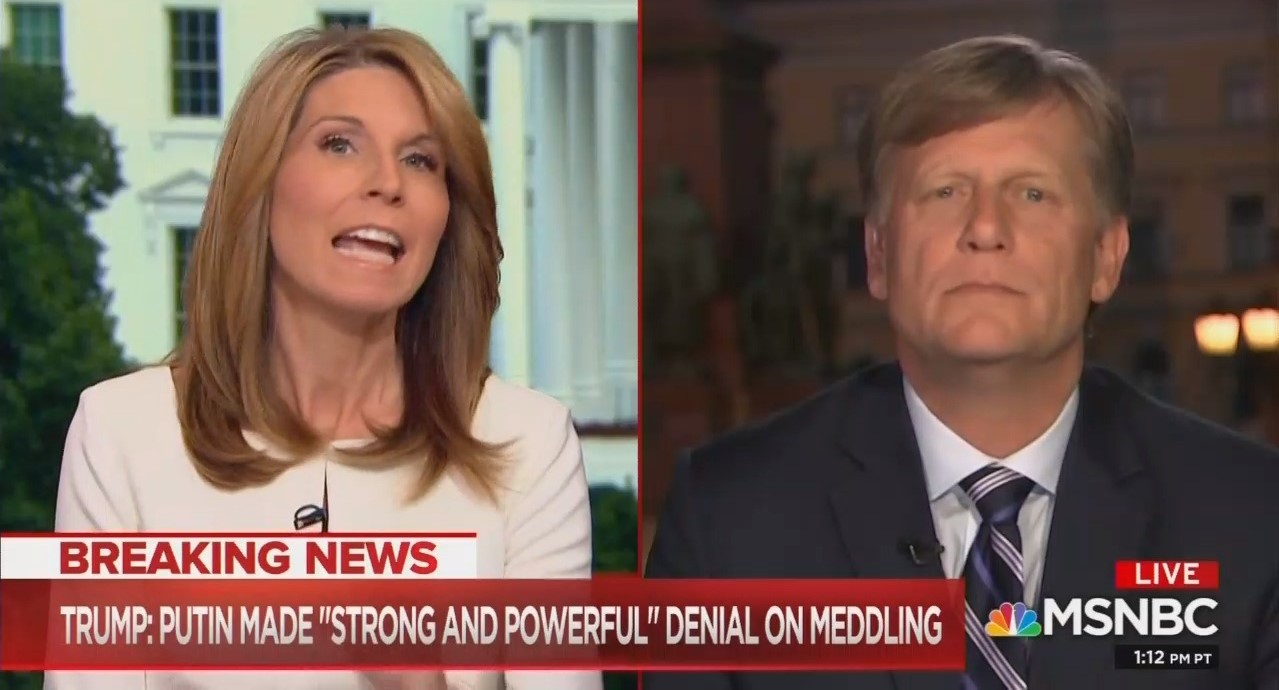 Within mere hours of President Trump’s press conference with Vladimir Putin concluding, cable news had worked themselves into a frenzy that suggested the sky itself must be falling.

CNN’s Anderson Cooper appeared hardest hit by the summit. While many of his colleagues were behaving as though a fire had been lit beneath their feet, Cooper spent the 2 p.m. Eastern hour sulking, sighing at length about how “disgraceful” the President’s performance had been. “I just personally think today is just an incredibly depressing moment in our time, in our history, as an American,” he huffed.

“Insert laugh track here,” quipped CNN International anchor Christiane Amanpour, whose home country arrested over 3,000 people for offensive social media posts last year. "It is an absolute disgrace; it is a parody of a disgrace," she added.

Over at MSNBC, Russia conspiracies were plentiful. LA Times White House Reporter Eli Stokols reflected that President Trump’s past week abroad in Europe had made “Hillary Clinton seem all the more prescient,” in regards to her criticism of Trump’s stance towards Russia during the 2016 election.

Former CIA Director and MSNBC contributor John Brennan called into Andrea Mitchell Reports shortly after the press conference had ended, to opine that Vladimir Putin had become “the master puppeteer of Donald Trump.” Deadline: White House host Nicolle Wallace echoed this sentiment when she asked panelists on her show, “If Vladimir Putin picked our president, does anything else matter?”

It should go without saying that President Trump’s decision to send lethal ordinance to Ukraine back in 2017 was not a popular topic of discussion on afternoon cable news; nor were the new sanctions against Russia that the administration recently added on top of former President Obama’s existing measures.

The video montage below captures some of the most absurd hand-wringing that occurred on CNN and MSNBC in the hours following the summit: