Documents exposing billionaire George Soros’ agenda have been public for more than a week, but that ranked lower than a cute seal, according to ABC’s Good Morning America.

Eleven days after the Open Society Foundations leaks were published, ABC was the first broadcast network to finally utter billionaire George Soros’ name during the news, but only because of a failed cyber attack on The New York Times Moscow bureau. 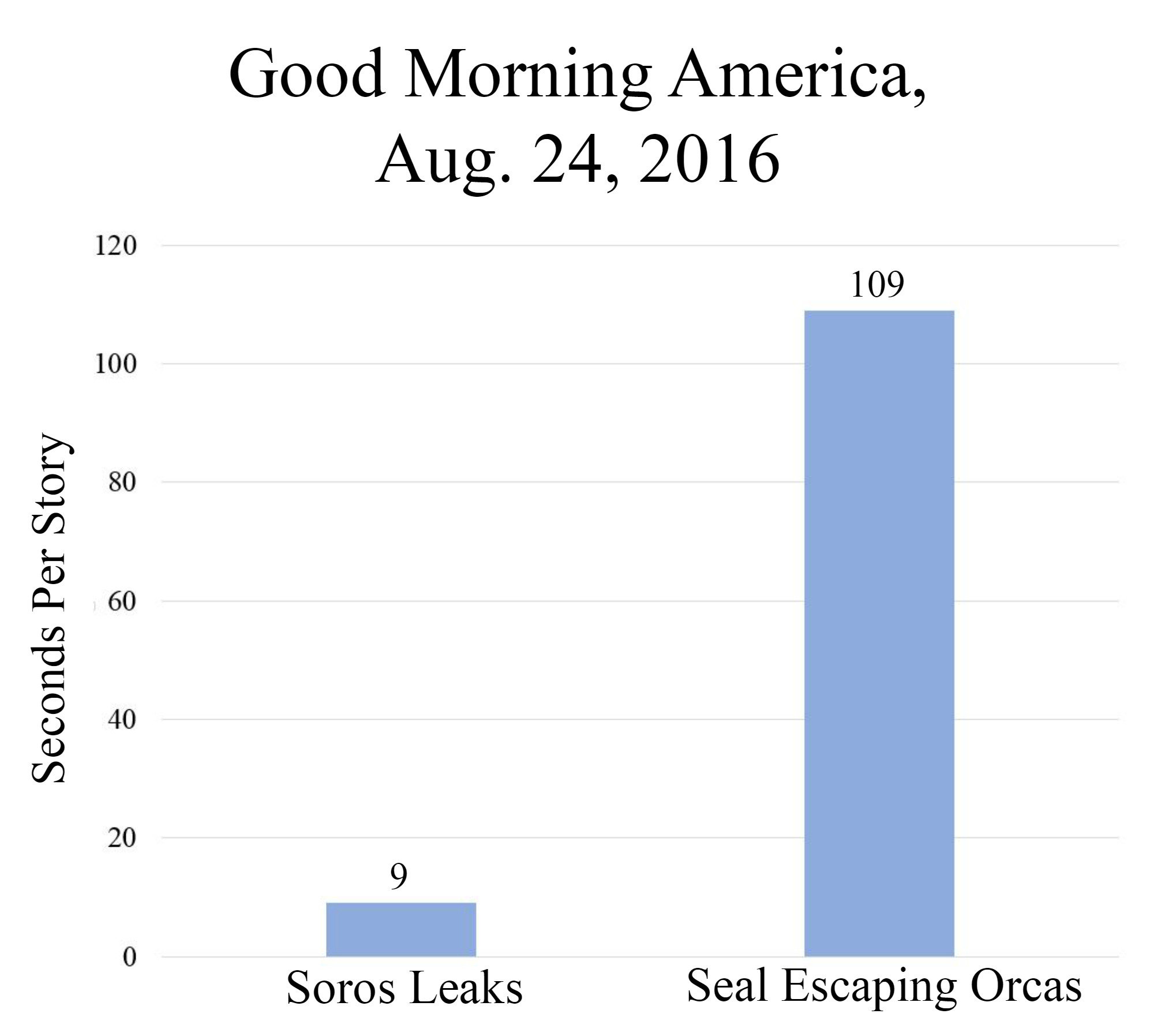 That 9 second mention was on Aug. 24. The same program spent more than twelve times that on a seal who escaped a pack of orcas by climbing onto a boat (1 minute 49 seconds).

A hack of the Open Society Foundations exposed more than 2,500 internal documents allegedly outlining Soros’ agenda and grants between 2008 and 2016. But GMA said nothing about what the documents showed. Ross didn’t even identify Soros as a liberal, even though he is one of the most prominent benefactors of the left. He simply mentioned at the end of a the two minute, five second segment dedicated to the unsuccessful Russian cyber attacks against the Times.

“The Russian hackers have a long list of successful and embarrassing operations,” said Ross before listing attempted or successful hacks on the White House, the Pentagon, and Soros.

But instead of reporting the content of those leaks, such as confirmation that Soros funded Black Lives Matter, meddled in U.S. court cases and worked against Israel, the passing mention made it appear there were no further story.

ABC News’ online story did little better. It explained that documents from OSF “were subsequently uploaded onto DC Leaks.” However, the article chose not to link to DC Leaks website.