Google’s new fact-checker is just as biased as you would expect. On Tuesday, The Daily Caller reported that the feature, for the most part, has only targeted conservative sites. For example, both The Daily Caller and Daily Wire are fact-checked (and mostly incorrectly as the two sites point out), but Vox, HuffPost, ThinkProgress, Slate, Salon, Mother Jones, and Daily Kos are not.

In fact, this space has not been able to find a single left-leaning publication fact-checked besides Occupy Democrats, a site of the fringe left. The system uses third parties such as The Washington Post, PolitiFact, Snopes, and Climate Feedback to provide fact checks. All of which have been proven to be left-leaning.

Below is a comparison between what appears when you search for Daily Wire as opposed to Vox: 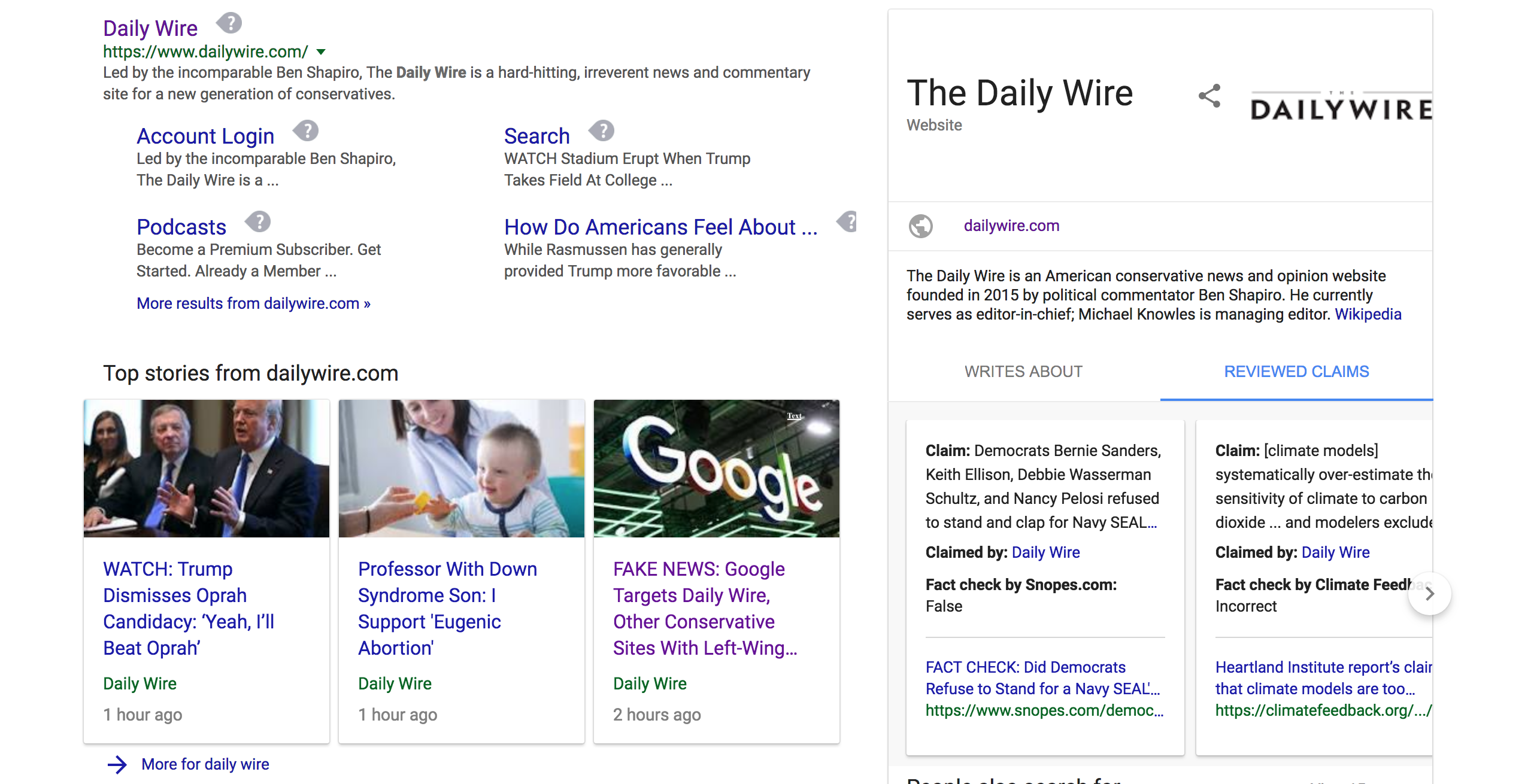 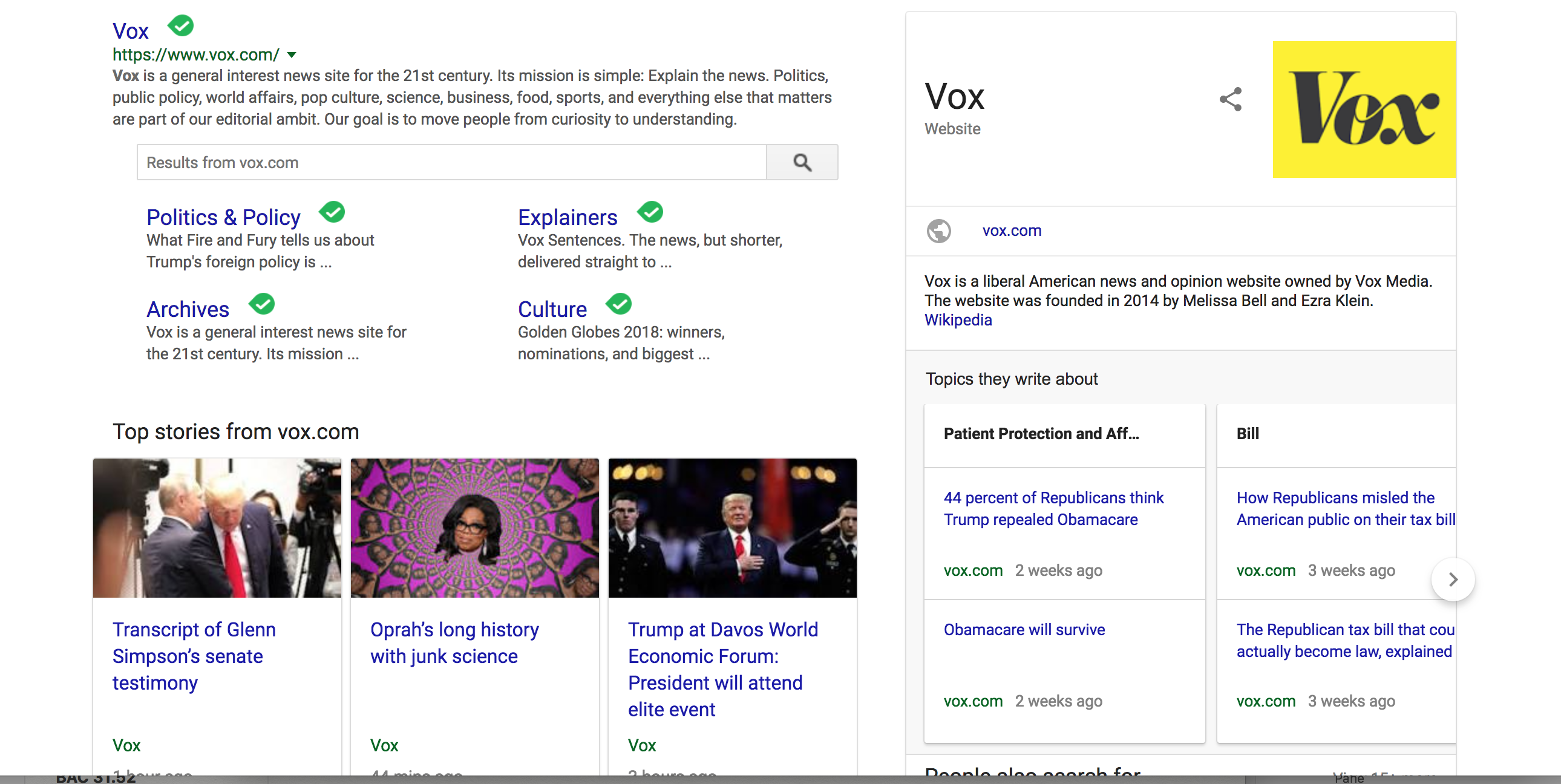 Notice the "Reviewed Claims" section to the right on the Daily Wire search does not appear for Vox.

The Daily Caller provides an example of how flawed the actual fact checking is:

Ostensibly trying to sum up the crux of the post, the third-party “fact-checking” organization says the “claim” in a DC article that special Counsel Robert Mueller is hiring people that “are all Hillary Clinton supporters” is misleading, if not false.

The problem is that TheDC’s article makes no such claim. Their cited language doesn’t even appear in the article. Worse yet, there was no language trying to make it seem that the investigation into the Trump administration and Russia is entirely comprised of Clinton donors. The story simply contained the news: Mueller hired a Hillary Clinton donor to aid the investigation into President Donald Trump.

Still, the Washington Post gave the claim, which came from Trump himself, its official “Three Pinocchios” rating. The method applies to several other checks. Claims concocted or adulterated by someone outside the TheDC are attributed to TheDC, in what appears to be a feature that only applies to conservative sites.