The Cleveland Show: Expect Reporters to Paint the GOP as Rigid, Intolerant and Ultra-Conservative

Here's a safe prediction about this week's Republican National Convention: TV reporters will paint the GOP as too conservative, hostile to women, anathema to blacks, and an all-around turn-off to voters.

And that's not just because the ever-controversial Donald Trump is set to be nominated as the party's presidential candidate. Going back to the 1988 convention, the MRC has documented how reporters act like Democratic surrogates, lecturing Republican officials and delegates about how they are too far to the right and intolerant.

The point is that it does not matter to the media whether the nominee is a conservative like Ronald Reagan, or a moderate like John McCain — the networks read from virtually the same script each year.

This year, the media will seize on Trump and his inflammatory statements as a reason to paint the GOP as intolerant, but they did exactly the same thing in 2012 when the ticket was led by the highly polite Mitt Romney and Paul Ryan. A few quotes from four years ago demonstrate the point:

“This stuff about getting rid of the work requirement for welfare is dishonest. Everyone has pointed out it’s dishonest and you are playing that little ethnic card there...You know what game you’re playing and everybody knows what game you’re playing. It’s a race card.”
— Hardball host Chris Matthews to Republican Party chairman Reince Preibus on MSNBC’s Morning Joe, August 27, 2012. 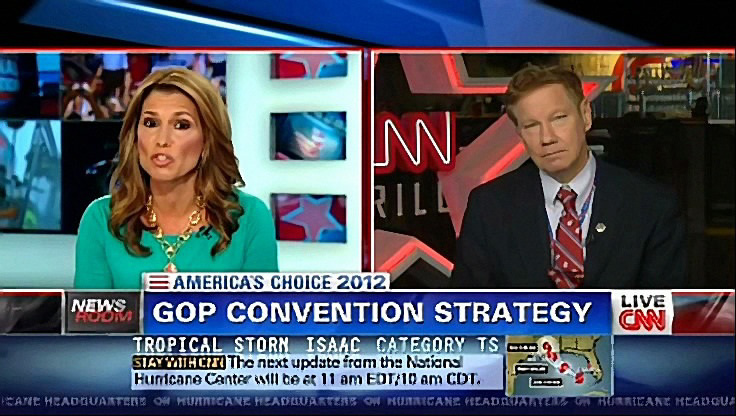 “Some Republicans worry that the Republican Party will come off even more conservative during — over the course of the next three days....the gender gap is humongous between Romney and Obama.”
— CNN anchor Carol Costello to former GOP Congressman Tom Davis on CNN Newsroom, August 27, 2012.

“A lot of women look at the Republican platform on abortion, contraception, a number of issues, and ask the question whether Republicans have women’s best interests at heart?”
— CBS anchor Scott Pelley in an interview with Ann Romney shown on the August 28, 2012 Evening News. 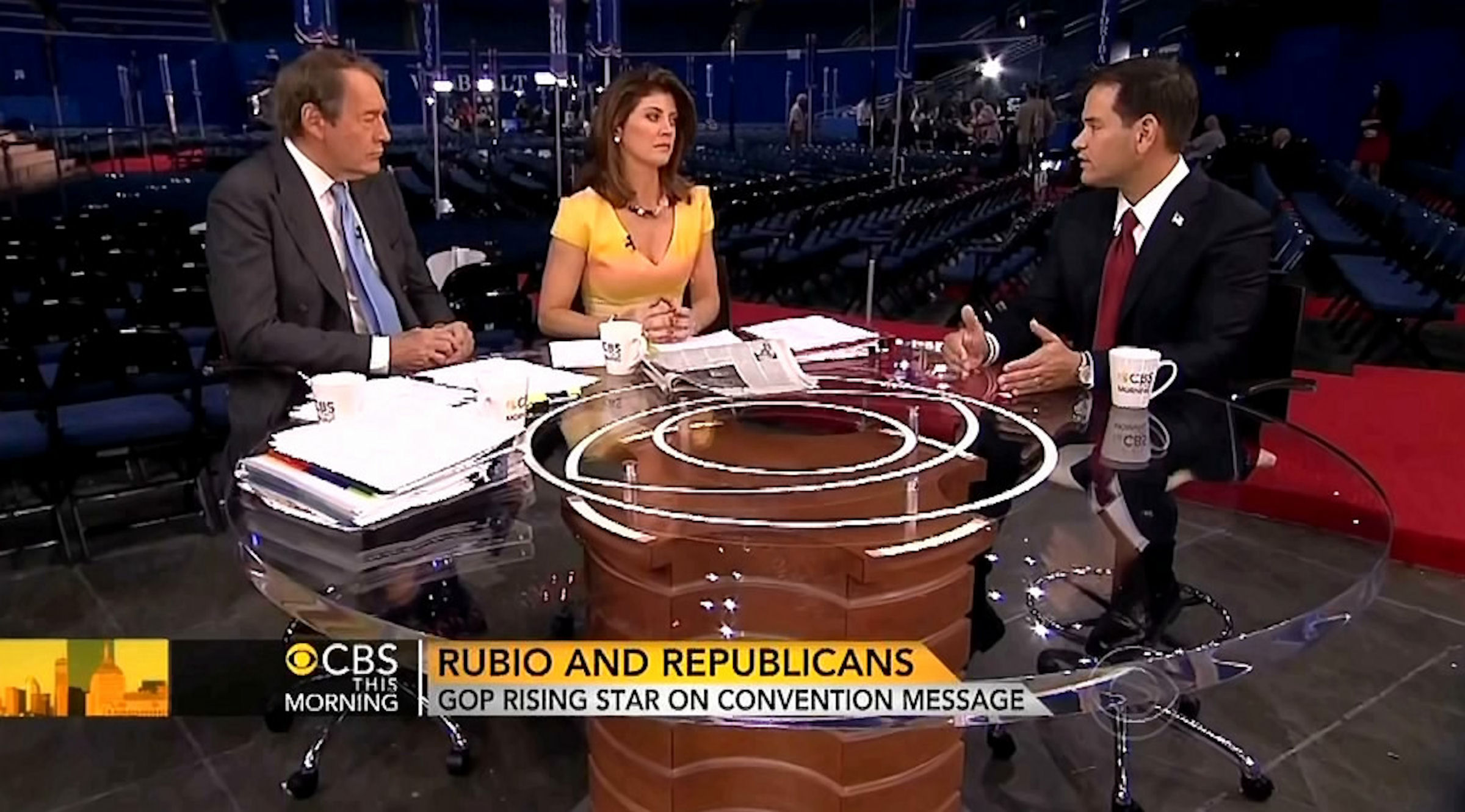 “You are a rising star in this party. How is it changing? Because many people worry that people who are Hispanic, African-American and other minorities don’t have a place in this party. You’re becoming something that is more narrow rather than outreaching.”
— Co-host Charlie Rose to Rubio on CBS This Morning, August 29, 2012.

“Are you prepared to leave this gathering and own the fact that the platform of this party allows a woman, who has been raped, no exception but to carry that child to term?...In a business where you and your opponent are trying to attract, especially, suburban women, does it send the right message?”
— NBC Nightly News anchor Brian Williams to Rep. Paul Ryan, August 30, 2012.

So, if you watch one of the liberal networks this week and think you're hearing an echo of previous slams of the GOP — you probably are.