Media Research Center President Brent Bozell appeared on Fox Business, Wednesday, to slam the networks for their fawning reaction to Barack Obama's deal with Iran. After noting that journalists fell for optimistic talk about Bill Clinton's negotiations with North Korea, Bozell derided, "...The same reporters in the media are taking the Obama line and they're cheering."

Speaking of the deal itself, the MRC President told Stuart Varney: "It is going to be historic and it is historically bad news for this country." Bozell pointed out that there has been some criticism of Obama's plan, suggesting this is "a statement of recognition that this deal is going to come under some tremendous scrutiny on Capitol Hill."

Bozell offered a prediction and a question: "I believe what is going to happen is, the more we learn bit, the more awful and horrific this deal is going to look and the question will be, will the media cover that?"

A transcript of the July 15 Varney and Co. Segment is below: 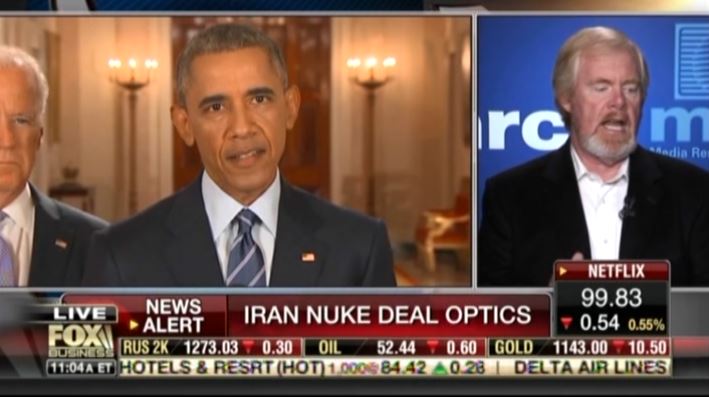 STUART VARNEY: All right. You heard it. You saw it. That is how the mainstream media covered the Iran nuke deal. It was, basically, a celebration. Joining us now, Brent Bozell, he sets things straight. He is with the Media Research Center. I think I'm accurate in characterizing that as, kind of, star-struck awe how wonderful this agreement was. That's the mainstream media response. Am I going overboard saying that?

BRENT BOZELL: No, you're not. I mean, the idea that he wrote on an old yellow legal pad. They are projecting a sense of history. Unfortunately they're going to be right. It is going to be historic and it is historically bad news for this country. I thought Lindsay Graham had it perfect when he said this is a death sentence for the state of Israel. This all goes back to the Korean deal with Bill Clinton. They said the exact same thing, that this was historic, that this was going to prevent them from getting nuclear technology, the nuclear bomb. None of that happened. They got it. The reason things are so silent, among Democrats as well, which is interesting, no one believes it. No one believes that Iran is not going to cheat. And what this deal said even if they didn't cheat they will get it in ten years. So, so, I think there is stunned disbelief in this country. Meanwhile the same reporters in the media are taking the Obama line and they're cheering. 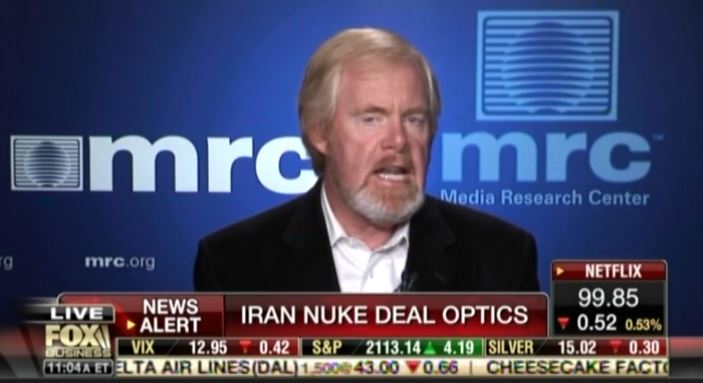 VARNEY: I think you're right, Brent. I think there is stunned disbelief on the ground floor amongst ordinary, everyday people in America. But the media elites, they're using this as opportunity to cheer lead for President Obama, calling it "an historic agreement." "Another huge victory for the president." They're rallying the troops to get behind President Obama on this particular issue. I said to you many times that I thought at some point in this presidency the mainstream media would turn around and look at itself and look at the job that it is doing and stop this, basically, this fawning of the administration. But again, I'm wrong. They're not doing that. They're going exactly the opposite way.

BOZELL: When Andrea Mitchell says they're entering uncharted territory, again, she's absolutely right. No one believes what's going to happen next, that the Iranians will follow any kind of treaty with the United States. But this is an interesting little twist here. The coverage of Obama has been so fawning only one side is allowed to be presented in news stories. In this story, they did present some dissension from some Republicans, from Netanyahu, from the state of Israel. I think what that is a statement of recognition that this deal is going to come under some tremendous scrutiny on Capitol Hill. And I believe what is going to happen is, the more we learn bit, the more awful and horrific this deal is going to look and the question will be, will the media cover that?

VARNEY: Just wait until it goes to the United Nations as it will in couple days. There will be resolution which disbands sanctions placed on Iran by Europe, China, an Russia. And then, America will basically stand alone.

BOZELL: What will happen, Stuart, Stuart, what will happen, you will have optics of these pro-Iranian nations cheering and the media will project that as a celebration of worldwide support for this. Just as they showed the pictures, you were so right. If the Iranians were cheering so much and there was dead silence in the United States, who won that one?

VARNEY: Yeah, it's clear, is it not? Brent Bozell setting us straight as usual. We appreciate you being with us. Thank you, Brent.