Matthews: Obama 'Smarter' Than Everyone Else on Iran Nuclear Talks

"I think he's smarter than anybody here right now. And I think he will know that, I hope he knows that."

That was MSNBC's Chris Matthews's admittedly "willful thinking, hopeful thinking" that President Barack Obama has got the Iranian nuclear negotiations under control and is hammering out a workable deal which will prevent Iran from getting nuclear weapons and pave the way for long-term regional stability.

Matthews made those remarks at the end of a panel segment on the March 31 edition of Hardball.

Of course Matthews had absolutely nothing to back up his wishful thinking than the assertion that President Obama could not possibly be so stupid as to make a deal with Iran which would lead to the Islamic Republic having nuclear weapons because, well, that's bad for his legacy.

From earlier in the segment:

I think the test of time is most important here. Nobody is going to put their name on something that's not going to work because you'll be humiliated in history. Again, Neville Chamberlain is the role model.

In other words, there's no way Obama will end up being a modern-day Neville Chamberlain because he's not so stupid as to actually give away the store like that. Or least Chris really really hopes so. 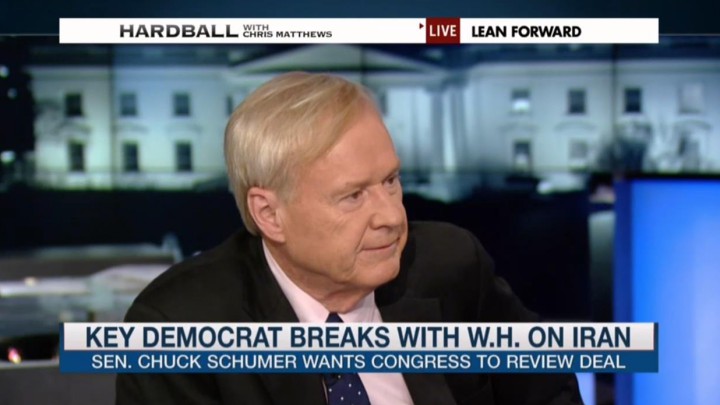