In a sign that the liberal media is deathly afraid of the American public coming around to Republican criticisms of President Obama vis-a-vis Iran, Hardball host Chris Matthews tonight suggested Republican senators may be guilty of sedition by violating the 1799 Logan Act.

There's no principle involved with the opposition position on this thing. This [sic] 47 senators today you know, I don't know if it was sedition under the law or whatever it was, but it was an attempt to bring down this president on foreign policy.

At the end of the program, an exasperated Matthews vented his spleen about the GOP, reading from the Logan Act of 1799 and insisting that all 47 senators who signed it violated the law and risk fines and a prison sentence: 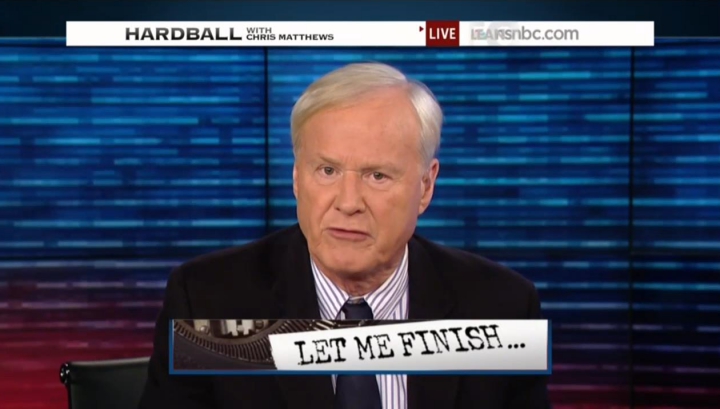 I wonder if the senators who rushed to sign that letter to the Iranian leaders had read this document which is known as the Logan Act. It basically says that only the government of the United States is allowed under the law to negotiate with foreign governments. Again, I wonder if these 47 senators gave thought to what they were doing here. Then again, as I said in the beginning of this show, they did know exactly what they were doing. They were trying to undermine the work of an American president by first of all disrespecting him, even if they don't get charged and imprisoned for it.

What they've done here is craven.

The constitutionality of the Logan Act is open to question and hasn't been adjudicated in a federal tribunal, but it seems highly unlikely that a federal judge worth his salt would countenance a prosecution of a senator for an open letter sent to express an opinion on a matter of foreign policy. After all, Congress and the president share responsibility for American foreign policy, what with the U.S. Senate being the body which must ratify any treaty before it goes into effect and with the Congress holding the power of the purse for enforcing any elements of a U.S.-Iranian nuclear deal.

An open letter to a foreign power reminding said entity of this constitutional reality hardly seems to qualify as the sort of secret, private correspondence barred of private citizens under the Logan Act. Besides First Amendment freedom of speech protections, it's arguable that Article I, Section 6 speech and debate protections for senators and representatives -- "for any Speech or Debate in either House, they shall not be questioned in any other Place" -- would also extend to formal correspondence and would apply in this case.

It's debatable, of course, whether it's "craven" at worst or poor form at best for a bunch of senators to intercede in the midst of ongoing presidential negotiations with a foreign power, but methinks ol' Chris protests too much, particularly in service of a president who has shown he's all too willing to intrude onto congressional turf when it comes to legislative prerogatives -- e.g. executive amnesty, practically rewriting by executive fiat more troublesome portions of ObamaCare.

At any rate, here is the entire text of the aforementioned letter. If you see anything unconstitutional, seditious, or criminal, please explain in the comments section for this blog post: