The media are only too quick to cover abortion (think Scandal, Orange Is the New Black) and gender identity (think Caitlyn Jenner) – and yet, those two topics didn’t make the cut as the networks hyped Pope Francis’ alarmist new encyclical about climate change.

The Vatican released the pope’s new encyclical, Laudato Si’ on June 18. That day, all three broadcast networks reported that Pope Francis complained that the Earth was becoming an “immense pile of filth.” ABC, CBS and NBC also commented on the pope’s call for a “revolution on climate change” that he “did not sugarcoat,” but they censored the pope’s opinions that conflicted with the liberal media agenda on abortion and gender.

Since the encyclical’s debut, not one network story mentioned the document’s recognition of the human embryo as a human being – or the pope deeming “valuing one’s own body in its femininity or masculinity” as “necessary.”

Scott Pelley on CBS Evening News with Scott Pelley focused on the pope’s demand for “immediate action to reverse climate change” spurred on by “fossil fuels and big business.”

“In a lengthy letter, and on Twitter,” Pelley said, “he wrote ‘The Earth, our home, is beginning to look more and more like an immense pile of filth.’”

Pelly turned to Dean Reynolds who reported how “this is being received in the U.S.” Reynolds sought reaction from a Catholic farmer who utilizes wind power, a priest who “applauded the pope’s message,” and one Catholic university professor who remained unconvinced of the threat of climate change.

“As a practicing Catholic, he’s grateful he and the pope are on the same side,” Reynolds said before cueing up the farmer’s agreement that “It's just another piece of evidence, another opinion saying that we need to do something about climate change.”

All three networks kept the focus entirely on the pope’s climate change remarks, while ignoring the sanctity of life and gender identity arguments the pope also made in the encyclical. 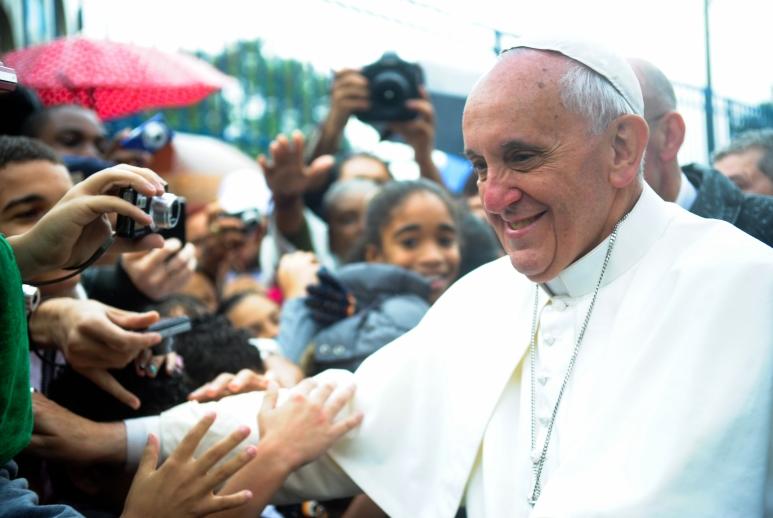 NBC’s Savannah Guthrie called the pope’s climate remarks “stunning words,” on “Nightly News”  and included the “immense pile of filth” phrasing. Guthrie said Pope Francis “did not sugarcoat” his “call to action on climate change,” and mentioned his criticism of “compulsive consumerism.”

Guthrie also highlight the pope’s call for rich nations to reduce fossil fuel use in order to pay, “‘an ecological debt’ to poor and developing nations.”

During ABC’s World News Tonight with David Muir, Muir said the pope was“calling for a revolution on climate change” in “what's meant to be a teaching document for the Catholic Church.”

Making a political jab, as NBC did two days ago, Muir also pointed out “At least one Republican candidate already reacting” – or Catholic presidential candidate Jeb Bush saying “he doesn't think we should politicize our faith.”

The hypocrisy in the coverage extended to the nation's top Spanish-language broadcast networks. Univision, Telemundo and MundoFox, also neglected the pope's insistence on tying the protection of nature to to the protection of human life, at its earliest stage. These networks also censored the encyclical's statements on gender.