“The Bachelor” seems like the last place on earth to turn to for examples of marriage and faith. But if there’s one couple that stands a chance, it’s Sean Lowe and Catherine Giudici.

On Jan. 29, Sean Lowe appeared as a guest on Fox and Friends to promote his upcoming book on relationships after meeting his wife, Catherine Giudici, on ABC’s “The Bachelor.” During the interview, Lowe called his faith “the center of my life” and revealed the importance of Catherine “challeng[ing] me in my faith.”

Entitled, “For the Right Reasons: America's Favorite Bachelor on Faith, Love, Marriage, and Why Nice Guys Finish First,” Lowe’s book details how the “Texas boy from a Baptist home” transformed “from a Division I college football player to a fan favorite on reality television” while “living according to biblical standards of sexuality.” His stance included abstinence until marriage – a move that made headlines. The book hits stores Jan. 30.

To begin, Fox and Friends co-host Elisabeth Hasselbeck asked Lowe what inspired him to pen his book. Lowe credited his fans:

So many people, after I came off the show, told me, ‘We appreciate you for being different, for standing up for your values and morals … Thank you for sticking to your convictions in the midst of this Hollywood culture we live in.’ So I wanted to tell my side of the story and let people know this is why I'm different and this is why I have those convictions.

Later in the interview, Hasselbeck asked Lowe for his “relationship secrets.” Lowe stressed how “the foundation of our relationship is based on friendship.” “I think that's why we're one of the few ‘Bachelor’ couples that have been able to make this work,” he explained. He continued:

[W]e also want to challenge each other in everything that we do. Number one on that list of priorities is she challenges me in my faith. That's so important 'cause I have to keep that at the center of my life and my wife needs to support me in that. And she does. 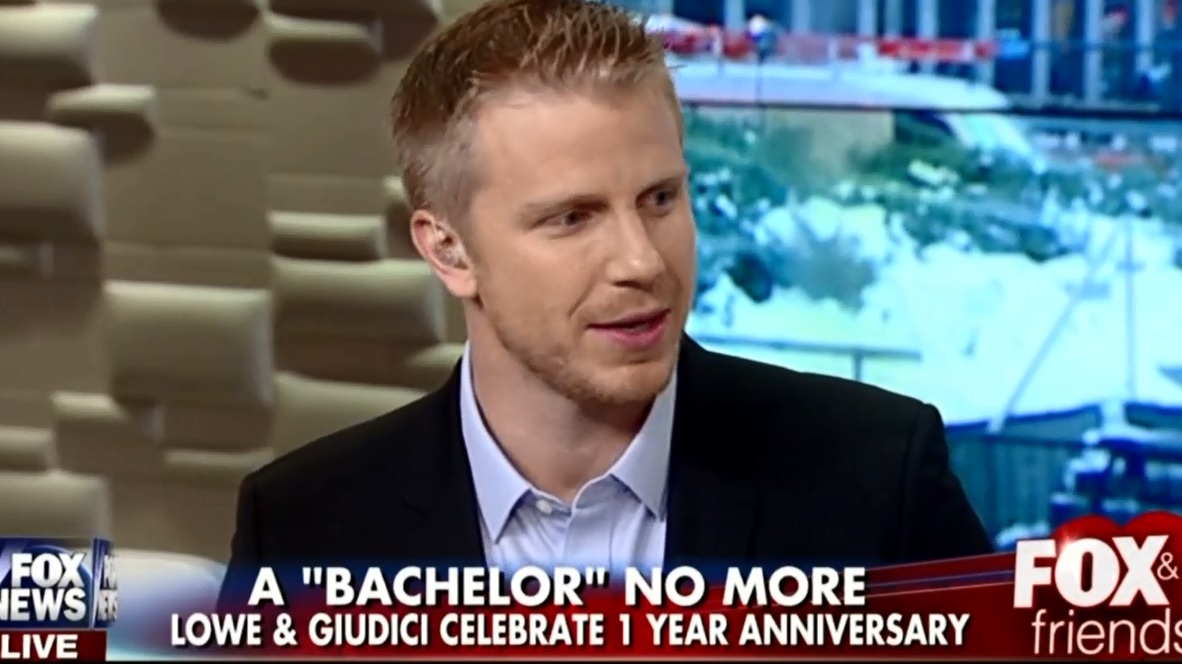 “As a newlywed couple, we always have arguments and conflicts, like every newlywed couple,” he said at one point. “My one piece of advice, respect, and when I don't want to love Katherine – when we're in an argument – that's when I need to love her the most.”

For Lowe’s stance, co-host Brian Kilmeade acknowledged, “You are a Christian guy, more like Tim Tebow than anybody that I've seen on the ‘Bachelor’ before.”

“I went on the show and I just wanted to be myself and luckily, my convictions and the person I am showed through to America,” Lowe responded.

That’s no small feat in a show where even the contestants criticize its shallow treatment of sex.