Matt Lauer In Boxer Shorts Tells ‘Today’ Women To ‘Drink It In, Ladies’

It appears as though NBC has gone all in by creating yet another musical for the network. Following primetime productions of The Sound of Music and Peter Pan, NBC decided to create a Today musical featuring the cast and crew of the network's morning show.

The 30-minute special aired on Monday, December 29 and while it included numerous scenes, one featuring Matt Lauer and his female colleagues was the most bizarre. During a scene in which Lauer was having his pants ironed by an NBC staffer, the NBC anchor turned to Savannah Guthrie, Natalie Morales, Jenna Bush Hager and Tamron Hall opened his suit jacket and told them to “drink it in, ladies.” 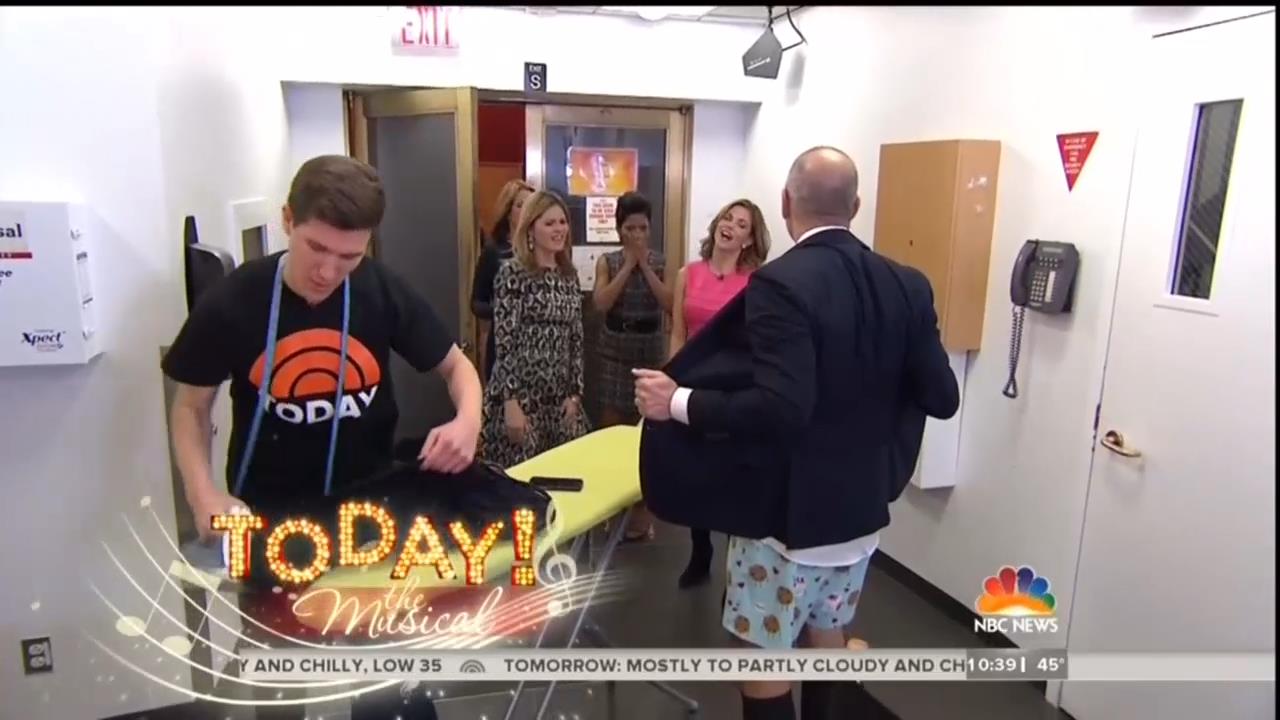 Co-host Natalie Morales asked “again Matt, really?” with Jenna Bush Hager declaring “it’s the third time this week.” Tamron Hall jokingly asked “did your mommy give you those?” which prompted all four to mock Lauer with fake crying sounds. In response, Savannah Guthrie told the other women to “stop it, you’re making me lactate.”

As the four Today co-hosts walked off set Lauer made one last awkward remark by telling the women to “get it while it lasts” before the musical moved on to yet another strange skit.  It’s nice to know that NBC has chosen to spend hours of time producing a 30-minute long musical for its morning show rather than cover actual news events.