Over at MSNBC  the Republican Party is referred to as the “anti-science party.”   CNN headlined  the news that the so-called “Green Billionaire” Tom Steyer was throwing millions of millions against this year’s Republican candidates in Senate races who were “anti-science.” (Steyer’s results were disastrous, but another story for another time.)  In fact, Google “anti-science” and up pops an endless stream of left-wing outlets castigating someone somewhere on the right for being “anti-science” or “science deniers” and so on and on. From the cable air waves to the cyber or printed pages, outlets with names like Slate, Salon, The Huffington Post  and on and on are railing against against the “anti-science” crowd. 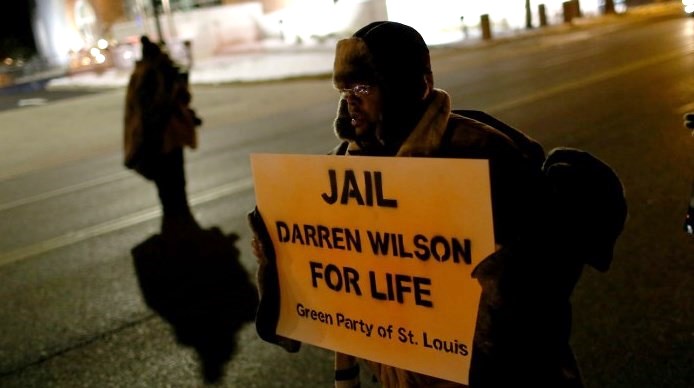 Then along comes the seemingly un-related death of Michael Brown in Ferguson, Missouri. And wonder of wonders…suddenly for liberals in the media science is just one big no big deal.

The point is made sadly if exquisitely in the liberal media treatment of the Ferguson Grand Jury’s decision not to indict police officer Darren Wilson.

When one reads the actual transcript of the Grand Jury deliberations one is struck by the degree to which science is used to understand exactly what occurred when Michael Brown was shot by Ferguson police officer Darren Wilson.

What kind of science?  There was DNA. Photographs were used -- yes, photography is a science as well as an art. There was a medical examiner -science a medical examiner’s tools of the trade. Rigor mortis is scientific fact, as is livor mortis -- the settling of the blood in a dead body -- both described in the proceedings as used in describing Michael Brown’s body.  Direction -- the science of geography was used to precisely describe the position of the body. The science of pathology was used as was the science of forensics as applied by a scientifically trained forensic anthropologist. Evidence was sent to a chemistry lab -- chemistry is science. There was a gun involved, examined using the science of ballistics.

There’s more, of course, much more in terms of the science that was used in investigating the death of Michael Brown. All of it detailed in that Grand Jury report.

But what does the liberal media say of all of this? To borrow a phrase - they are “science deniers.”

There is Ezra Klein over at Vox  pronouncing Officer Wilson’s story “unbelievable -- literally.” He mentions not a solitary scientific fact in his piece. The New Republic makes the case for racism -- science unmentioned. In fact, racism was the not-so-unobvious reason ascribed to the grand jury in all manner of left-wing quarters. The Huffington Post loved this talking point.  The New York Times  headlined a story:

So this means, apparently, that liberals hold to the “truth” that one race believes in science and another race is so, to borrow a Rush Limbaughism, “low-information” that science is just not believable? Really? Nothing racist in that assumption by the Times, eh?

And there’s the curious case of CAIR, famously always willing to step up for Islam in America. On its website it promotes the cause of Muslim women and science, encouraging them to “explore science.” Yet when it comes to all the science used in the Grand Jury’s decision making process CAIR is quick to lay the decision to…racism. So much for science and the world of Islam.

What to make of this?

In its own way the grand jury decision in Ferguson ratifies exactly what the critics of climate change have been saying for years. Science in the eyes of the Left must always bow to politics. Climate change, say the critics, is not really about climate change - science -  but control and power. And along comes Ferguson and in a case of considerable irony, the Left goes out of its way to underscore the point by totally ignoring the science used by the grand jury to make their decision not to indict Officer Wilson. Science, they ask? Who needs science in a legal case? Get the rope and call it justice.

In other words? Science counts. Except when it doesn’t.  Which really says all one needs to know about the use of “science” by the Left. And that really is a tragedy.