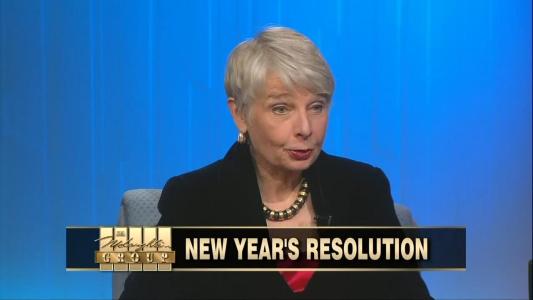 The Daily Beast’s Eleanor Clift might have set a record for quickest breaking of a New Year’s resolution. During a January 3 McLaughlin Group segment, in which the panelists offered their 2015 resolutions, Clift promised to “treat the 24 Republicans considering running for the president respectfully.”

Clift then immediately broke the resolution when she added: “Even though I think most of them probably belong on the clown car.”

The following excerpt is from the January 3 edition of the syndicated McLaughlin Group:

ELEANOR CLIFT: Treat the 24 Republicans considering running for president respectfully - even though I think most of them probably belong on the clown car. It takes a lot of courage to enter the arena of politics. You’ve got to stand up and have the courage to fail in front of a lot of people. So I’ll treat them all respectfully.