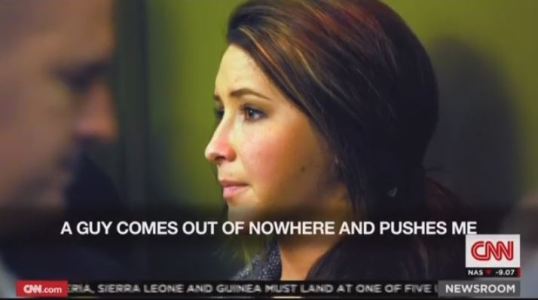 After being “roundly criticized” for laughing at audio of Bristol Palin’s account of being assaulted by a man and thrown to the ground, CNN’s Carol Costello issued an apology to the Palin family.

On Thursday, Politico.com printed the apology sent from Costello:

“Over the past few days I have been roundly criticized for joking about a brawl involving the Palin family. In retrospect, I deserve such criticism and would like to apologize,” Costello said in a statement to POLITICO.

On the October 22 edition of CNN Newsroom the anchor initially said of the audio: “I’m just going to come right out and say it. This is quite possibly the best minute and a half of audio we’ve ever come across...Sit back and enjoy.”