Twitter exploited the death of Ivana Trump, allowing users to take a disgusting potshot at her ex-husband. 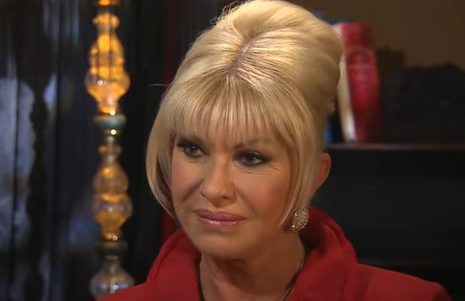 Following news about the death of former President Donald Trump’s ex-wife, an “In memoriam” item trended on the platform: “Ivana Trump, ex-wife of Donald Trump, dies at 73.” But right underneath the “memoriam” was another item that mocked Ivana’s demise: “Trending with Wrong Trump, Ivana Trump.”

Leftists on Twitter pounced on the platform’s “Wrong Trump” trending item to wish death on the former president. Podcast host Jeff Pearlman spewed: “I see ‘Wrong Trump’ trending. Not gonna lie—I'd said that to my fam a few minutes earlier. I don't root for deaths. But [sic] exception can be made for an aspiring authoritarian with nary a decent bone in his body (who, for that matter, openly celebrated John McCain's death.”

Comedian Brad Wollack tweet-screeched: “BREAKING: Wrong Trump Dies.” Twitter did not respond to MRC Free Speech America’s request for comment about why the platform allowed “Wrong Trump” to trend alongside the “memoriam” about Ivana.

Twitter’s so-called trends are batting .1000 as of late, considering how the platform recently suppressed key facts of a viral, reported rape incident in Ohio because they didn’t fit the leftist narrative.

The girl reportedly later sought an abortion in another state. In Twitter’s “trending” page item on the story, the platform instead characterized Fuentes simply as a “Columbus man” charged for “allegedly impregnating a 10-year old girl,” omitting the “illegal immigrant” part.