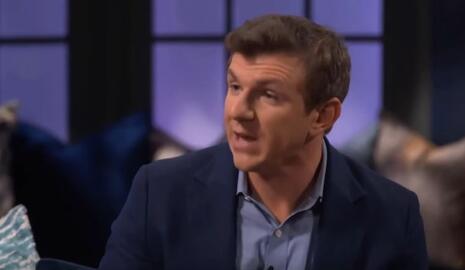 Owens interviewed O’Keefe on her eponymous Daily Wire show and discussed how Project Veritas exposed a California teacher who allegedly promoted Antifa ideology at school. Toward the end of their conversation, O’Keefe brought up Big Tech and the leftist media.

“[I]t’s all about the tech companies colluding with The New York Times, CNN, ABC, CBS,” he said. “It’s not so much that The New York Times and CNN have power. It’s the power that Twitter and Google give to them. So, they prefer their information in the algorithms.”

He offered the example of how Twitter banned him from its platform after Project Veritas allegedly caught CNN’s Technical Director identifying the news organization’s narrative as propaganda. The CNN Technical Director claimed the media giant was “creating a story there that [CNN] didn’t know anything about. That’s what--I think that’s propaganda,” according to footage captured on a hidden camera. O’Keefe recounted the incident saying:  “Twitter banned me for revealing what the CNN guy said. He said he’s a propagandist. Jack Dorsey banned me for quoting him.”

Big Tech and Big Media infamously flexed their compounded strength when they worked together to steal the 2020 election. The Media Research Center conducted a survey of 1,000 voters and found that 4.6% of Biden voters would have changed their vote had they been aware of the evidence linking Biden to corrupt financial dealings with China through his son Hunter. MRC President Brent Bozell said of the debacle that “[t]he media and Silicon Valley were fully aware of this, so they actively tried to prevent it from reaching the American public.”