Google has opened a new front in the online censorship fight — restricting access to documents created in Google Docs. 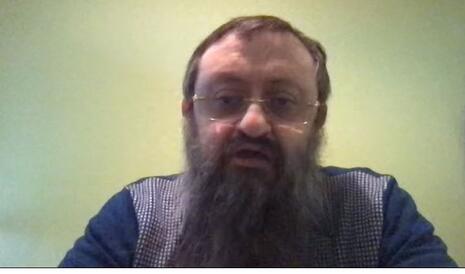 Google Docs restricted Dr. Vladimir Zelenko, the first doctor to advocate for alternative COVID-19 treatments, from sharing six different documents. Users received a terms of service note when the doctor tried to share the documents with them. “We're sorry. You can't access this item because it is in violation of our Terms of Service,” went the Google alert. It was unclear what rule was broken.

He wasn’t surprised by the restriction, noting, “I called out the globalist elite” for how they handled the pandemic. The six documents that Google is censoring include an op-ed he wrote and a letter he sent to New York Gov. Andrew Cuomo about the pandemic.

The restrictions appear to be geared toward Zelenko and not necessarily the content, which was shareable on other accounts. The documents discussed his policy of “early intervention” as a way of preventing hospitalizations, which he said resulted in an “84 percent reduction in hospitalizations” for COVID-19 patients.

Zelenko is used to social media censorship. He’s been restricted by Facebook and YouTube and also had his Twitter account suspended. He added that Google search has also limited access to his own site, https://vladimirzelenkomd.com. A Google Incognito search lists the doctor’s site 39 or the fourth page of results. The search engine DuckDuckGo lists the site No. 1.

Zelenko made news in 2020 when he recommended alternate treatments for COVID-19, including the anti-malarial drug hydroxychloroquine and antibiotics. He sent a letter to the White House about his experience treating patients and was also contacted by the Trump administration.

Former President Donald Trump gave support to the doctor’s efforts last May, according to The Times of Israel. The president even took hydroxychloroquine and a zinc supplement. He explained, “I got a letter from a doctor the other day, from Westchester, New York,” who appeared to be Zelenko. “Trump did not name the doctor, but it matches the description of Jewish physician Vladimir ‘Zev’ Zelenko.”

Even a disdainful New York Times referred to him in a headline as, “Touting Virus Cure, ‘Simple Country Doctor’ Becomes a Right-Wing Star.”

Google did not respond to questions by deadline.

Conservatives are under attack. Contact Google at (650) 253-000, or by mail to 1600 Amphitheatre Parkway Mountain View, CA 94043, and demand that the platform not censor Google Docs. If you have been censored, contact us at the Media Research Center contact form, and help us hold Big Tech accountable.