Fox News host Pete Hegseth was censored by Twitter, apparently for posting a tweet that showed a screenshot of the manifesto said to have been written by Pensacola shooter Mohammed Alshamrani. Hegseth said in a tweet, according to the Daily Mail, “Here’s the (now blocked) tweet from Saudi Islamist Mohammed Alshamrani, who murdered 3 brave Americans in Florida. The coward posted it just hours before his terrorist attack. This is Islamist terror. No reason to ever mince words. Saudi Arabia must be held to account.” 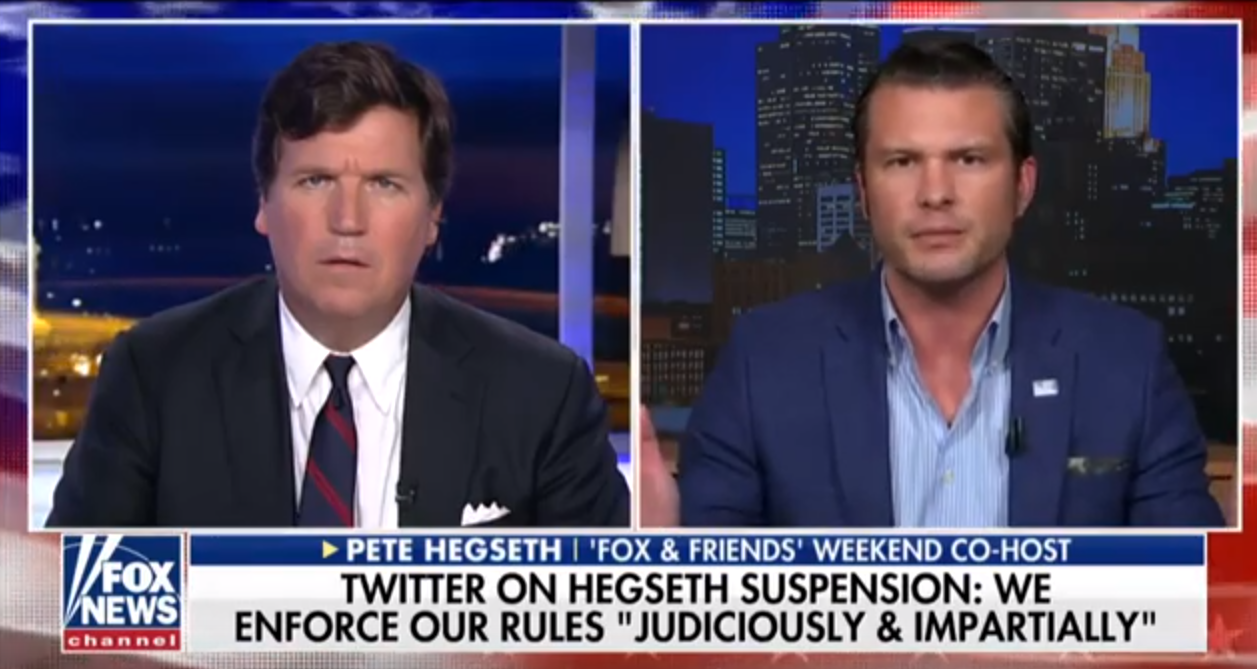 Two others were also censored for sharing a screenshot of the manifesto. The Post Millennial’s editor-at-large, Andy Ngo, was suspended (again) for the same reason. Ngo tweeted, “SITE intelligence group reports that this is the manifesto of Mohammed Saeed Alshamrani, the Pensacola jihadist.” Filmmaker Mike Cernovich was also suspended until he deleted his tweet with a screencap of the manifesto.

Hegseth shared screenshots of his suspension to Instagram, saying, “Big tech does the bidding of the Left, especially to include anyone who speaks truth about the threat of radical Islam.”

A Twitter spokesperson explained that sharing the manifesto, even in a journalistic fashion, is a violation of Twitter’s policy on terrorism and violent extremism, according to the Washington Examiner. But the terms of service do not ban the discussion of terrorism altogether.

Cernovich’s account was restored after he deleted his tweet. Ngo and Hegseth were also restored. Hegseth, in an apparent tweet from his father’s account, wrote, “Hey, it's @PeteHegseth -- from my dad's account. Hope @Twitter doesn't BAN him too! If exposing the motives of radical Islamists gets you kicked off Twitter, our country is in big trouble. Political Correctness is a poison to free people.”